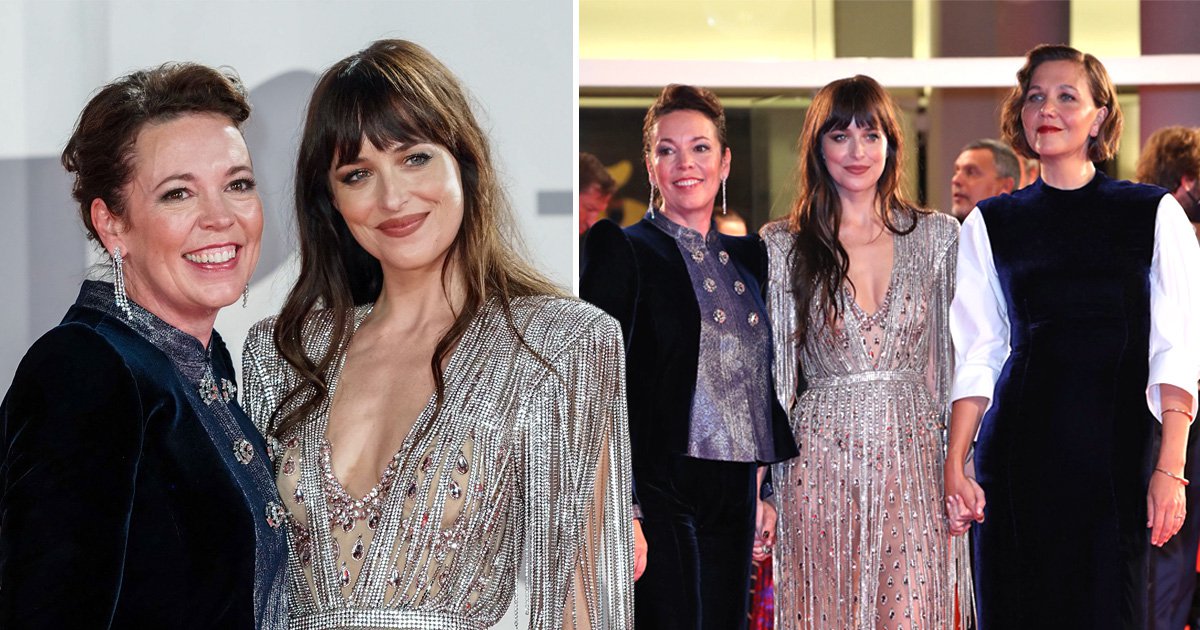 Olivia Colman, Dakota Johnson and Maggie Gyllenhaal have been spotted holding hands in sweet snaps from the Venice Film Festival red carpet as they present their film The Lost Daughter.

It’s Maggie’s directorial debut and she was supported by her leading ladies, and her actor brother Jake, in a big way at the premiere.

The Crown actress Olivia, 47, looked chic in a velvet suit, while Dakota, 31, opted for a glitzy tasselled gown.

Meanwhile, Maggie, 43, opted for a simple and sophisticated navy number over a white shirt.

The trio looked over the moon as they stood together, holding hands on the red carpet and smiling away.

Co-stars Olivia and Dakota also looked to be sharing a giggle as they posed for the cameras.

Maggie also stepped out with her husband, actor Peter Sarsgaard, who stars in the movie.

The Lost Daughter follows divorcee Leda, whose beach holiday takes a dark turn when she becomes obsessed with another woman and her daughter.

It boasts a stellar cast, with Olivia, Dakota and Peter joined by the likes of Jessie Buckley and Paul Mescal.

At a press conference at the festival, Maggie opened up about relating to the women in her film.

‘Then I realised that many people have this experience and nobody talks about it. These are secret truths about a feminine experience.’

Maggie is best known for her work as an actor, appearing alongside her brother in Donnie Darko and starring as Rachel Dawes in Christopher Nolan’s The Dark Knight.

Meanwhile, Olivia is taking on a new role in her film Joyride, with the actress recently seen filming.

Seen wearing an eye-catching blue suit, the actress ran into the cold water in Kerry, Ireland while shooting a tumultuous sequence for the upcoming movie.

The scene in quest saw Olivia clash with her on-screen husband Lochlann Ó Mearáin, before dashing to save her 12-year-old son Mully, played by Irish co-star Charlie Reid.