Our Yorkshire Farm’s Amanda Owen steps in as children clash

During a classic episode of the Channel 5 hit series, Our Yorkshire Farm, Ravenseat farm owners Amanda Owen and her ex-husband Clive were preparing their farm for the harsh weather conditions of winter. The couple also had to contend with looking after their nine children, often getting them to help out on the farm once old enough. However, it was not always plain sailing after Amanda had to split the children apart for fighting over feeding the cows.

Amanda and Clive were trying to prepare their farm for the harsh condition of winter, ensuring their outdoor animals such as their flock of sheep were properly prepared.

As well to their abundance of animals, Amanda and Clive also have to care for their nine children, Raven, Reuben, Miles, Edith, Violet, Sid, Annas, Clemmie and Nancy.

During the episode, Amanda and Clive had recruited the help of Sid, Annas and Clemmie who at the time of filming would have been six, four and two.

The three children were seated in a wheelbarrow full of hay and were excited to be feeding the cows. 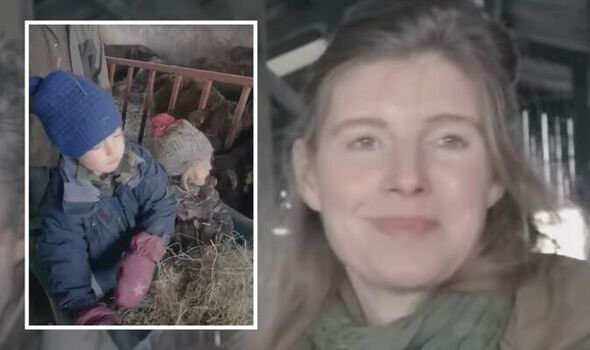 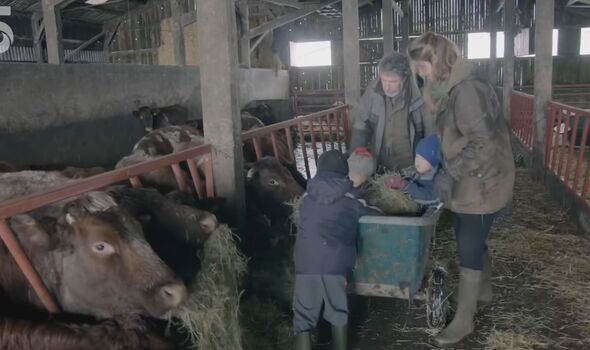 Impressed with their help, Amanda quipped: “Look how much they are loving there! This is the norm, our life is outside!”

Clive added: “With nine kids, if we didn’t do anything we would do nothing but look after kids, so they have got to come with us.”

Whilst the pair were trying to have a conversation, the children began to scream and fight over the hay.

Trying to break up the madness, Amanda shouted: “Ay! It’s all kicking off in the barrow!” 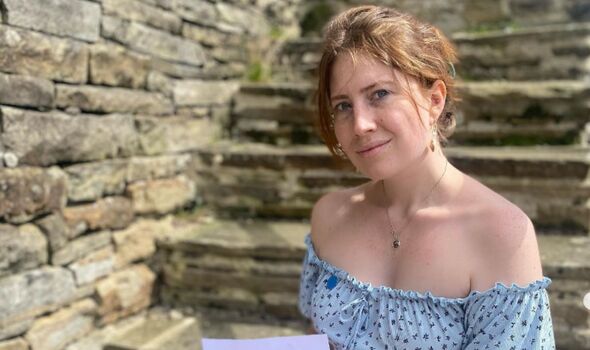 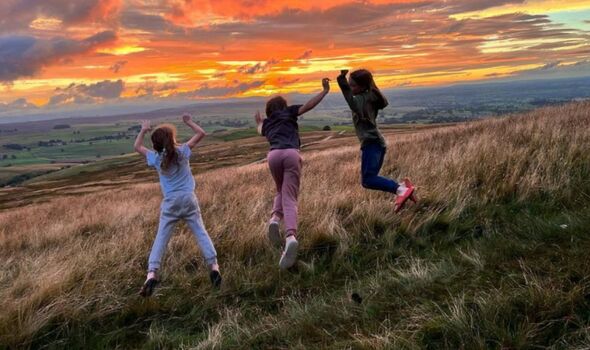 Clive let Amanda handle the children whilst he continued: “We make it up as we go along but we get there in the end and they love it, they love it.”

Noticing why they had begun fighting, Amanda said: “Well she is not loving it because her [Clemmie’s] gloves have fallen off.

“Get it back on or your little hand will drop off. Come on, get them cows fed,” she told the children.

“What about these guys, are you sat on some Clemmie? That’s it, get it out, there were loads under there.

“I think Clemmie has got more on her hat than anywhere else!” she teased whilst brushing her down.

Christmas was just around the corner for the Owen family, and the kids were full of festive spirit.

But the heavy snowfall had blocked the roads to the farm, setting back preparations for the big day.

Amanda often updates her 526,000 followers on Instagram about how her children are growing up and taking big steps of their own.

She recently posted how proud she was of her daughter Raven, 21, and captioned the images of Raven: “Very proud of @ravanelly_123.

“Working hard & studying too, moving forward, multitasking, turning her hand to anything & striving to make a difference.”

She also shared an image of her three youngest girls, Annas, eight, Clemmie, six and Nancy five, jumping together in their fields.

She captioned it: “Leaping into Autumn #EndOfSummer.” (sic)

Our Yorkshire Farm series 1-5 are available to watch on My5.