Amanda Owen, her husband Clive and their nine children will be back on Channel 5 this evening as a new series of Our Yorkshire Farm premieres. The documentary series, narrated by Ben Fogle, follows the close-knit family on their working farm. However, speaking on This Morning, Amanda revealed she told her husband she wanted to be alone when she gave birth to their eighth child.

The couple are both hill shepherds living on Ravenseat Farm – one of the most remote farms in Britain.

Their nine children are expected to get stuck in on the farm and viewers have even watched six-year-old Sidney mend farm machinery in the past.

Raven is their eldest and a university student while their youngest is toddler Nancy.

In between the two daughters are Rueben, Miles, Edith, Violet, Sidney, Anna and Clemmy, in descending order. 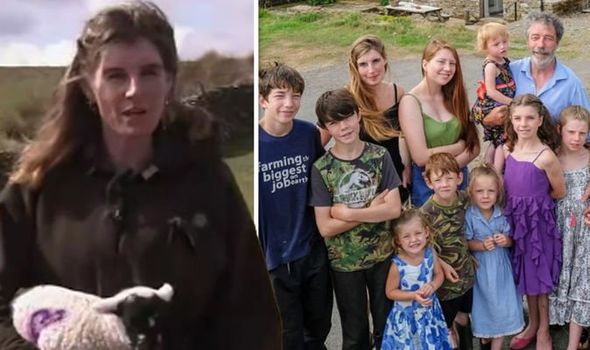 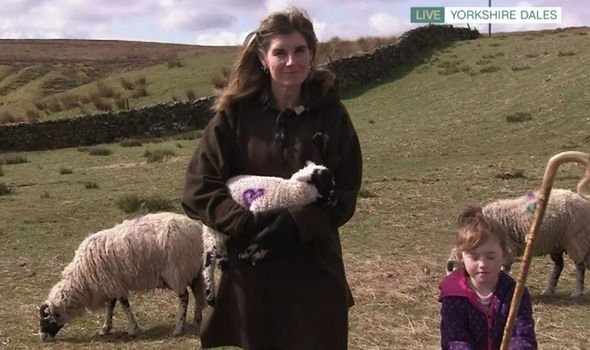 Speaking to Alison Hammond and Dermot O’Leary, Amanda revealed she asked Clive not to be present for Clammy’s birth.

She said: “Well the thing is as I say it was number eight, after having six of them by that point by the side of the road, the thought of just staying at home was kind of a really good option.

“I was so fed up with spoiling people’s picnics and the rest of it. I thought, ‘Right well this time I’m just going to go it alone.’

“So I thought yes, I put the kettle on, stoked up the fire and had her in front of the fire with just a terrier as a birthing partner.” 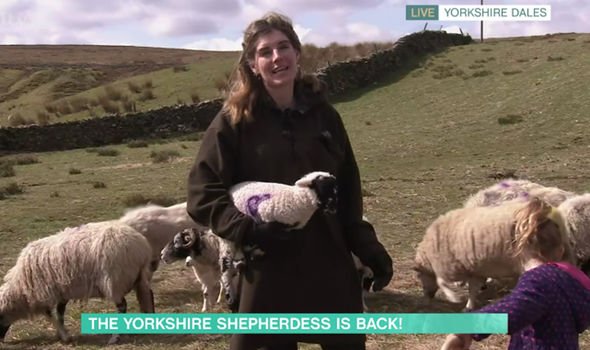 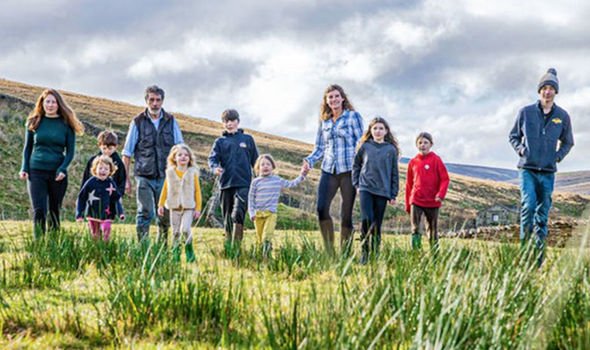 “Which is perfect, honestly don’t knock it, it’s great,” Amanda continued: “Then I went upstairs and woke up my husband.

“I mean the point of the matter is quite simply, he had been at seven births previously and we spend our whole life dealing with birthing things.

“It wasn’t exactly something I was bothered about doing together.

“So I did it myself and I’m very happy and pleased that I did.”

The Yorkshire shepherdess went on to detail the importance of her sheepdogs.

The mother-of-nine said: “It’s all a giant learning curve but yes it’s a really good feeling to have a good sheepdog by your side.

“In this sort of territory, it’s our main tool not only it is a colleague but they’re our friends as well.

“They’re so dedicated and good at what they do it’s marvellous really.”

“I was out the other day gathering upon the moor my oldest sheepdog Kate who’s 11-years-old,” she explained.

“She actually found me a lamb that had dropped in a bog. There’s no way on earth in that sort of terrain I would have ever found that lamb.

“But she’s got a nose for these things so that’s a value of a sheepdog – a shepherd is nothing without a sheepdog.”

Our Yorkshire Farm returns to Channel 5 tonight at 9pm.