Caitriona Balfe has starred as time traveler Claire Randall since 2014 and fans have seen her character fall for 18th Century highlander Jamie Fraser (played by Sam Heughan). Their passion and love for one another has been one of the focal points of the series and Outlander fans are never surprised when the pair share a steamy, intimate moment together. However, Caitriona has opened up on how “frustrating” sex scenes can be or moments when she is required to strip off.

The actress explained there are often things as a woman you have to consider when preparing to shoot an intimate scene.

However, she is not always given enough time to prepare, especially when it comes to factors which only affect women.

Opening up on nude scenes, Caitriona remarked: “You are constantly or at least I am constantly torn between these two things of well, Claire would not be going to the gym so I should not have a gym body and she’s now a woman in her fifties so you know, I should try and let that be the thing that leads me.

“But, then you have all of your own personal sh*t right? 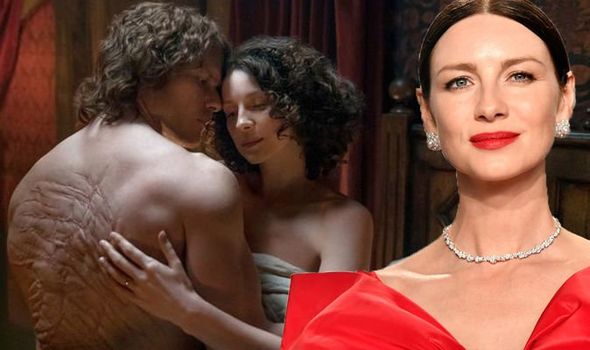 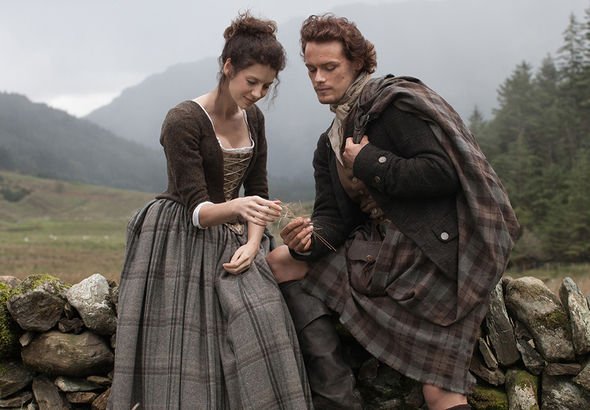 “You have your own personal shame and vanity and all of those things and you try to leave those at the door but you also know that if you feel insecure, that’s going to hamper your ability to lose yourself in a scene.

“So it is always this thing to constantly battle with, between leaving my sh*t at the door and also giving myself I guess, enough confidence to be able to walk into those scenes and not have to think about whether or not I have cellulite on my a** or whatever.”

She continued: “These things are what run through your head and it’s, we’re not unflawed people and it’s hard sometimes to live up to the fact that sometimes you are given very little warning of when you are going to shoot these scenes.”

Detailing how this can be “quite frustrating,” Caitriona told podcast Outcasts: “Sometimes these scenes can be thrown on your with two days notice. 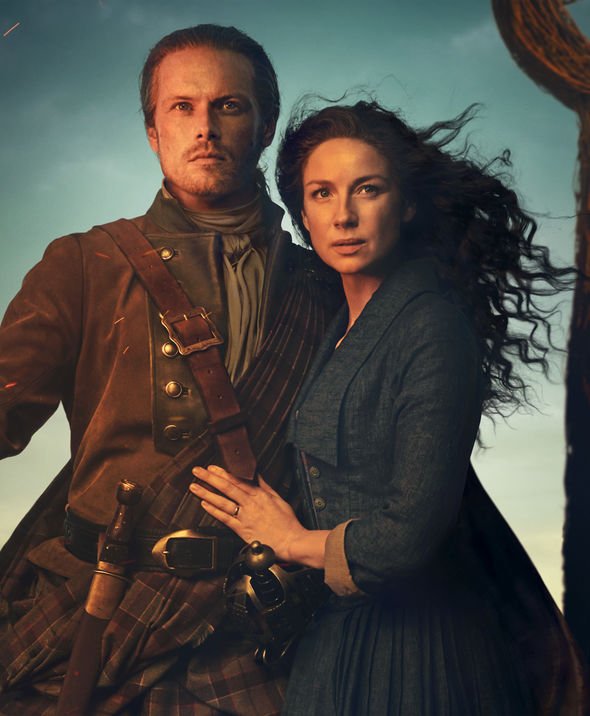 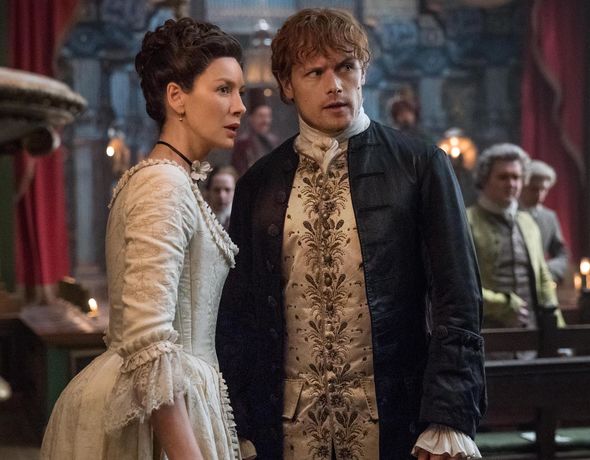 “As woman there are many things you have to consider and sometimes biology and cycles and I’m going to say it, these things have a huge affect on your ability to be free in these moments.

“I think sometimes that is something that producers don’t always consider and we’re unpacking a lot here Dave [Berry, Lord John Grey star].”

But whether or not she may be on her period, is not the only concern Caitriona has when it comes to filming explicit scenes.

The actress explained she does “worry” that younger stars joining the show don’t feel comfortable doing the same things she did when she first appeared.

“That is always really a difficult line.

“Especially as we started filming the show seven years ago and I was a young spritely thing in my early thirties and as you get older, you know, I don’t know, it’s a hard thing but also I think when I was starting in my thirties I was in a very comfortable place in my life and with my body and all of those things.

“I look at some of the younger actresses coming onto the show and you worry because we sort of set a precedent and you think, ‘Oh for young women in their twenties, do they feel as comfortable? Are they going to be under pressure to sort of show what we have shown?’”

She added: “It is also such a difficult thing because as an actor, you’re not getting into this business to take your clothes off.

“You know, you are getting into this business to portray characters and sometimes that is a necessity to say something about the character but it becomes really difficult when it becomes expected.

“It almost feels like sometimes people expect certain things from you without taking into consideration that you know, your family is out there and the local priest is watching this show or whatever it might be and this stuff lives forever.”