Jamie and Claire Fraser have been through it in Outlander. And that’s not going to change in Outlander Season 6. With the new season soon approaching (2022 can’t come fast enough), fans are looking to the Outlander books for hints on what’s to come in the new episodes. The Christie family is going to cause quite the stir on Fraser’s Ridge this season. And when it comes to Tom Christie, Outlander may have to change a key detail of Diana Gabaldon’s books to translate his story from book to screen effectively.

[Spoiler alert: This article contains spoilers for the sixth Outlander book, A Breath of Snow and Ashes.] 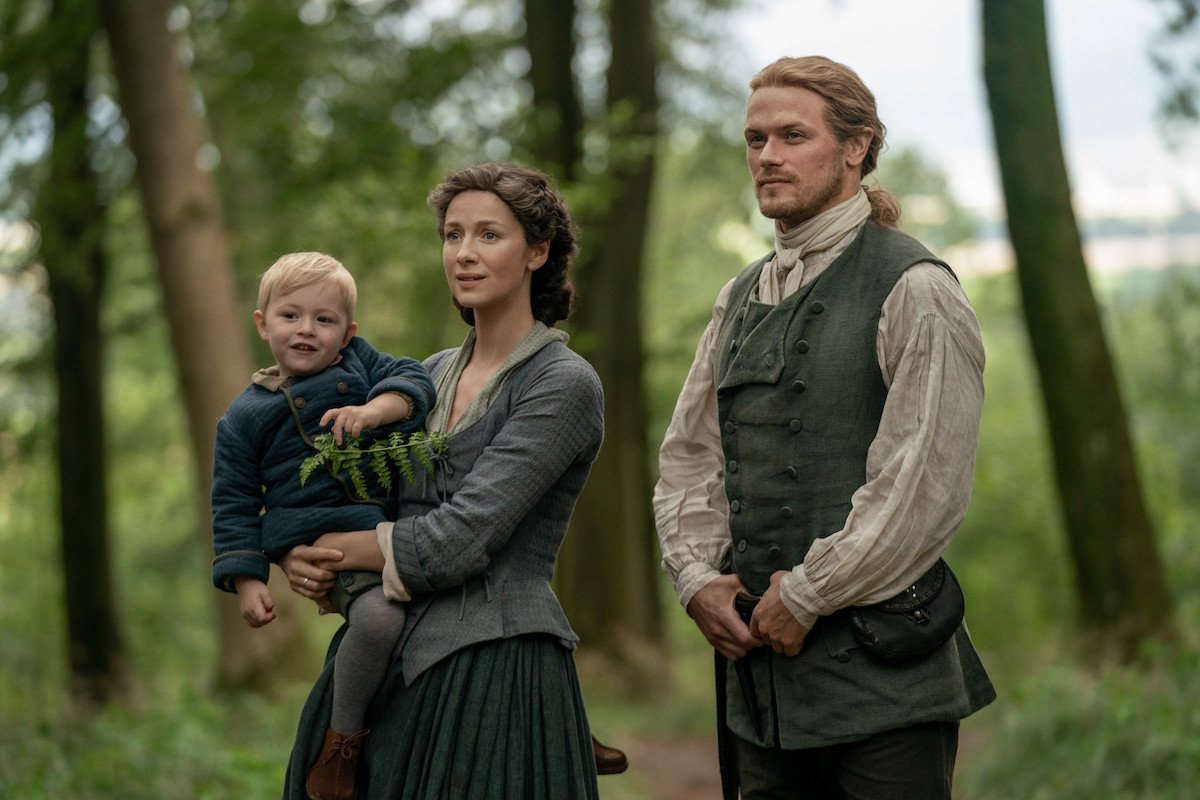 What book will ‘Outlander’ Season 6 be based on?

Outlander Season 6 is coming out in early 2022. Sam Heughan says fans can expect it in February 2022, but the STARZ series has not announced an official release date. The season will only have eight episodes because of the coronavirus (COVID-19) shutdown. But the season 6 premiere will be extra long at 90 minutes.

For the most part, each season of Outlander is based on its corresponding book. Season 1 is based on book one, and so on and so forth. However, the series combines the plot from different books from time to time. Outlander Season 5 was mostly based on The Fiery Cross. And Outlander Season 6 will be based on A Breath of Snow and Ashes.

It’s possible season 6 could pull from book seven, An Echo in the Bone. But Outlander Season 7 will be extra long to make up for the shorter season. If any season were to combine book plots, it would make sense to do that for Outlander Season 7’s 18 episodes.

One thing’s for sure, the Christie family will be introduced in season 6. And that will bring a lot of turmoil to Jamie and Claire’s life on Fraser’s Ridge.

Is Tom Christie in love with Claire?

Jamie and Tom go way back. Both of the men were prisoners in Ardsmuir Prison following the Battle of Culloden. And in the books, Tom and Jamie didn’t get along because they were the leaders of the prison’s different religious factions. Tom led the Protestant men, and Jamie led the Catholic. Decades later, Tom ends up settling on Fraser’s Ridge because Jamie extends an open invitation to settle on their land to former Jacobites imprisoned at Ardsmuir.

Malva Christie, Tom’s daughter, will cause a great deal of trouble for everyone in season 6. And as for Tom, he will fall in love with Claire. This is where Outlander will have needed to get creative with its writing. In A Breath of Snow and Ashes, Jamie’s inner monologues reveal Tom’s feelings for Claire, and then Tom confesses it himself at the end of the book.

If the series wants Tom’s interest in Claire to be a season-long issue, they will have included dialogue to help establish these feelings. Additionally, Claire narrates Outlander, with the exception of season 1 episode 9, narrated by Jamie. A Jamie narration showing his feelings about Tom’s love for Claire would be interesting to see. But Outlander rarely relies on its narration to reveal characters’ feelings. It prefers to show that emotion in real time.

Given all of this, it’s likely safe to presume Outlander Season 6 will make Tom’s love for Claire clear through his own words, which would deviate from Gabaldon’s books.

When does ‘Outlander’ Season 6 take place?

Outside of the Christie conflicts (yes, plural), the American Revolutionary War is right around the corner in season 6, which takes place in 1775. Claire will also be healing from the trauma she endured at the end of season 5. And if the show’s eight episodes cover the entire plot of A Breath of Snow and Ashes, it’s possible Brianna and Roger will consider returning to the future.