Outlander’s Caitlin O’Ryan fell victim to fan fiction as she believed rumours her co-stars were dating. Getting lost in an internet rabbit hole, she believed the viewer’s support for a real life relationship between Sam Heughan and Caitriona Balfe.

Outlander actress Caitlin O’Ryan has been revealing set secrets, among which were her initial perceptions of the show’s leading on-screen couple.

Bingeing the show prior to shooting, she was sucked into fan fiction and found herself believing romance rumours.

Spending hours trawling through the internet, she eventually convinced herself Sam Heughan and Caitriona Balfe were a real life couple.

Sitting at her first table read, she slowly figured out she had been barking up the wrong tree. 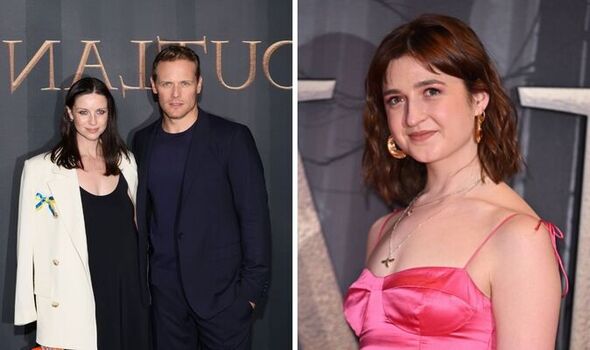 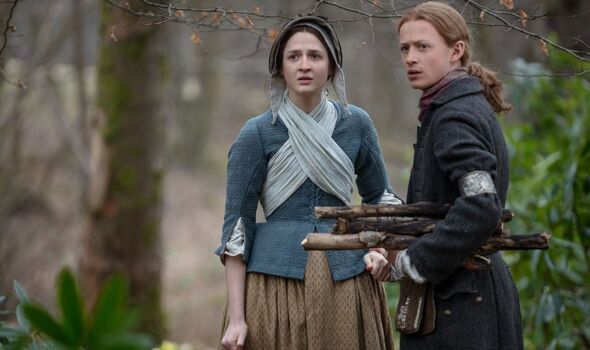 The Lizzie actress chatted with co-star Lauren Lyle and the pair reminisced of their first few days with the historical drama franchise.

She admitted to Lauren her mistake and shared with her the story of her first table read with the iconic leading duo.

Caitlin remembered: “I had a month before I started shooting and I hadn’t watched Outlander so I binged three seasons before that and somehow ended up down a wormhole of people shipping Sam and Caitriona as a real life couple.

“I went down this wormhole and I thought it was real. 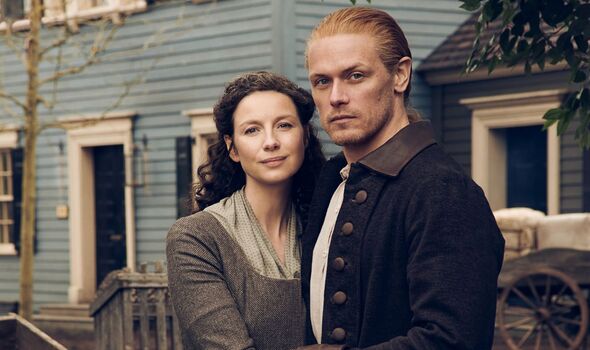 “I thought they were a real couple and I was like how mad that they’re in this huge show and they’re a genuine couple.”

She continued on with the story of her first day meeting the pair, commenting on how strange it is to work with actors she had previously watched on TV.

Caitlin said: “So the first day we had the read through, I arrived late because my flight was delayed and I got a lift there.

“I remember sitting at the table for this read through and waiting for Sam and Caitriona to arrive.

“They arrived at the same time just coincidentally and I was like ‘oh they’re a couple, they came from their home and they’ve just arrived’.”

Caitlin plays Lizzie Wemyss Beardsley, the daughter of Joseph Wemyss and wife of both Josiah and Keziah Beardsley.

She travelled to America from Scotland with Brianna Fraser as a handmaid and bondservant, and eventually settled on Fraser’s Ridge.

Entering the show in season four, the character is first introduced after Brianna has passed through the stones.

Looking for her mother forces her to go through Scotland and eventually means she will need to cross the Atlantic in order to reunite with her.

This historic, time-travelling drama has been renewed for a seventh season after fans were delighted by the last instalment.

Making up for a shortened run due to pandemic disruptions, the next series will treat viewers to sixteen episodes chock-a-block with drama and romance.

In the meantime, binge Outlander seasons 1-6 on streaming services including Starz, Netflix and Amazon Prime Video.