Ozark is the drug drama that has stunned fans with its violence and unpredictable deaths from the very beginning. The softer moments are few and far between in the Netflix series but from time to time, they pop up to tug at our heartstrings. One storyline which viewers weren’t expecting though was the relationship between teenager Wyatt Langmore (played by Charlie Tahan) and widow Darlene Snell (Lisa Emery).

After cousin Ruth Langmore (Julia Garner) confessed to murdering Wyatt’s dad, he didn’t want anything to do with her.

With nowhere to live, he found himself squatting in houses belonging to wealthy residents who used the properties as holiday homes.

This was until Darlene stepped in and agreed for him to stay with her until he got back on his feet.

During this time, they developed a close friendship but it didn’t develop into something more until Wyatt stuck up for her in court. 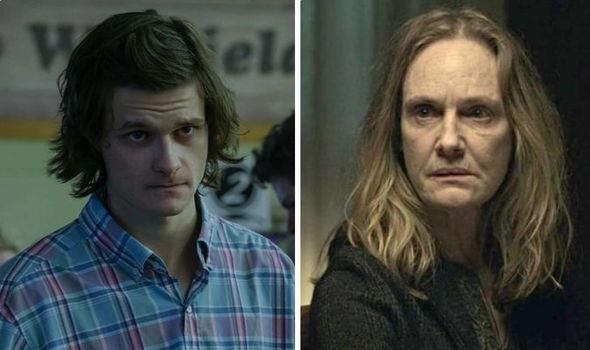 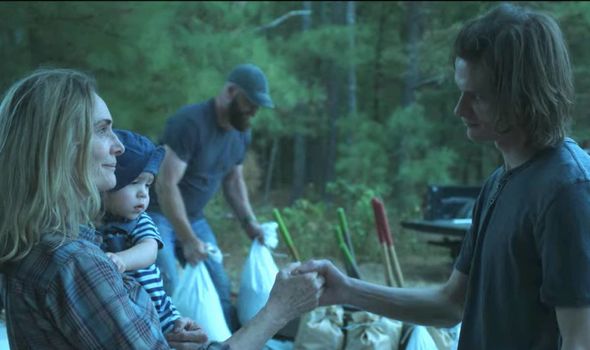 Wendy Byrde (Laura Linney) was trying to take Zeke away from Darlene as she believed her to be an unfit mother.

She took her court to prove so but Wyatt stood up for Darlene which ruined Wendy’s plan.

Shortly after, Darlene slept with Wyatt almost as a thank you for what he did but they soon became an official couple.

There were some questionable looks from their families at first but they have since been accepted. 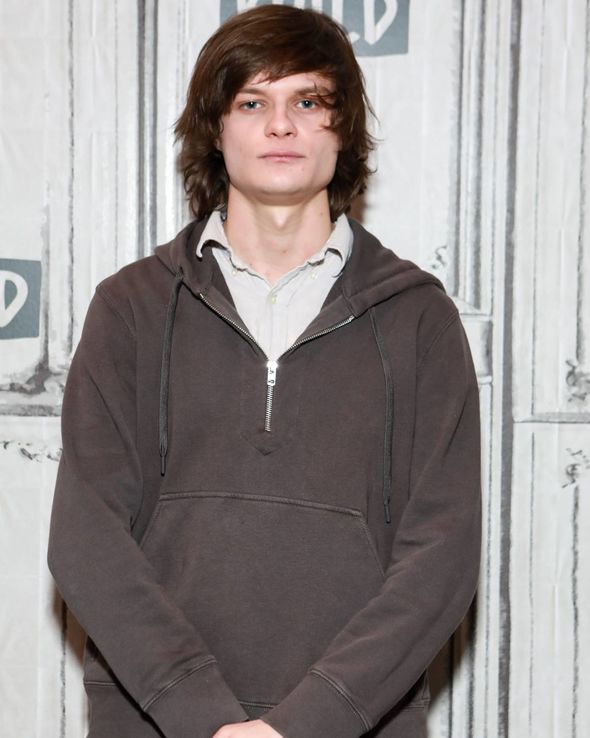 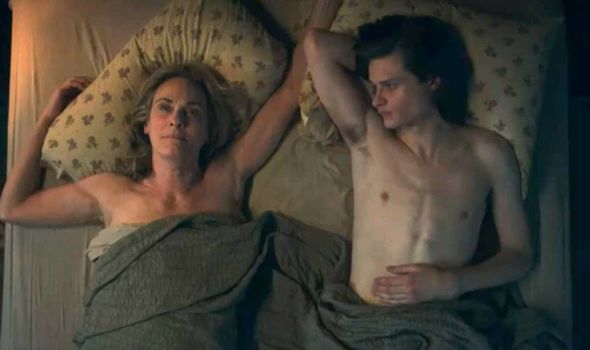 Speaking to Post Play: Ozark, showrunner Chris Mundy said how actor Charlie Tahan’s initial reaction was to laugh when he was told about the romance storyline.

Explaining what he meant to Express.co.uk, Tahan said: “I didn’t laugh because I didn’t think it would be a good idea, at first I think I laughed because I thought he was kidding.

“And then I thought about it and I don’t know…it was more of a ‘I love this laugh’.”

But the plan hadn’t always been to put Wyatt and Darlene together in Ozark.

Tahan revealed during his chat to Express.co.uk that it had been a joke that the pair would end up together for quite some time.

He said: “Well the story goes that someone mentioned it as a joke in the writers’ room and it was a kind of long-running inside joke with them.

“And I think Chris Mundy, the head writer and showrunner was like ‘No but really. But actually – what if?’

“So I think it got born out of that but I love it.”

Ozark will return for one final season on Netflix but after series four, it will be gone for good.

This upcoming season is going to be the longest yet with a whopping 14 episodes.

The series is expected to be split into two parts as well, with the first half potentially coming out on the streaming service later this year.

Ozark is available to watch on Netflix.