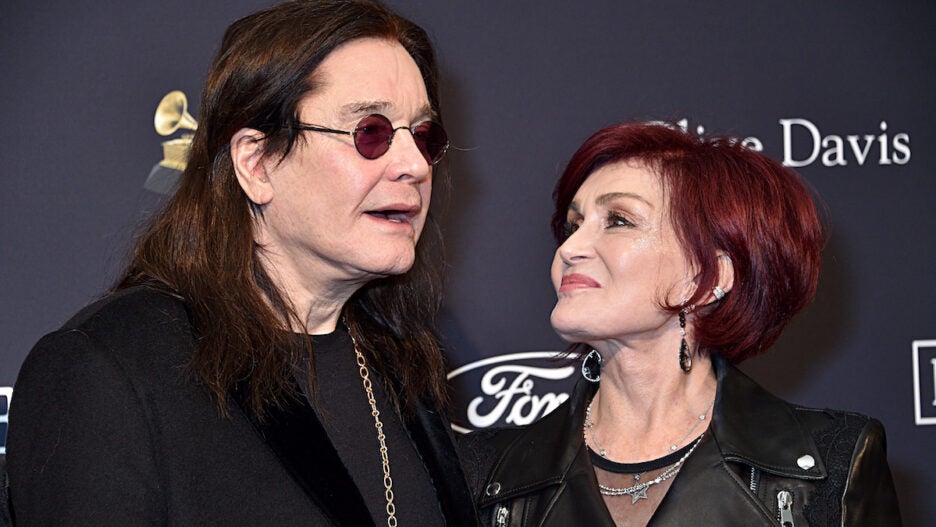 A love story biopic and feature film about the romance between Ozzy and Sharon Osbourne is coming to the big screen at Sony Pictures.

Oscar nominee Lee Hall (“Billy Elliot”) is writing the screenplay that will chronicle the love story between the Black Sabbath frontman Ozzy Osbourne and how he came to know and fall in love with his wife and manager Sharon.

Their relationship became the stuff of pop culture legend thanks to the MTV reality series “The Osbournes” that aired first in 2002 and documented their often profane domestic life of Ozzy, Sharon, their daughter Kelly and their son Jack. The show was in its first season was MTV’s most-watched series ever, and it ran for four seasons ending in 2005.

Sharon Osbourne will also produce the untitled film along with Jack Osbourne and Aimée Osbourne for Osbourne Media along with Michele Anthony and David Blackman on behalf of Polygram Entertainment.

The film will also feature the music from Ozzy’s time with Black Sabbath and from his solo career.

“Our relationship at times was often wild, insane and dangerous but it was our undying love that kept us together,” Sharon Osbourne said in a statement. “We’re thrilled to partner with Sony Pictures and Polygram to bring our story to the screen.”

Hall is the writer behind the Elton John biopic “Rocketman” and also wrote “War Horse,” “Victoria & Abdul” and “Billy Eilliot,” which got him an Academy Award nomination for Best Screenplay.

Andrea Giannetti is overseeing development on the film for the studio.