PEPPA Pig found an unusual champion this week when Boris Johnson began singing her praises during his bungled business speech.

After losing his way during an address at the Confederation of British Industry, the Prime Minister went off onto a ramble about the wonders of Peppa Pig World and the hairdryer-like heroine of the multi-million pound empire. 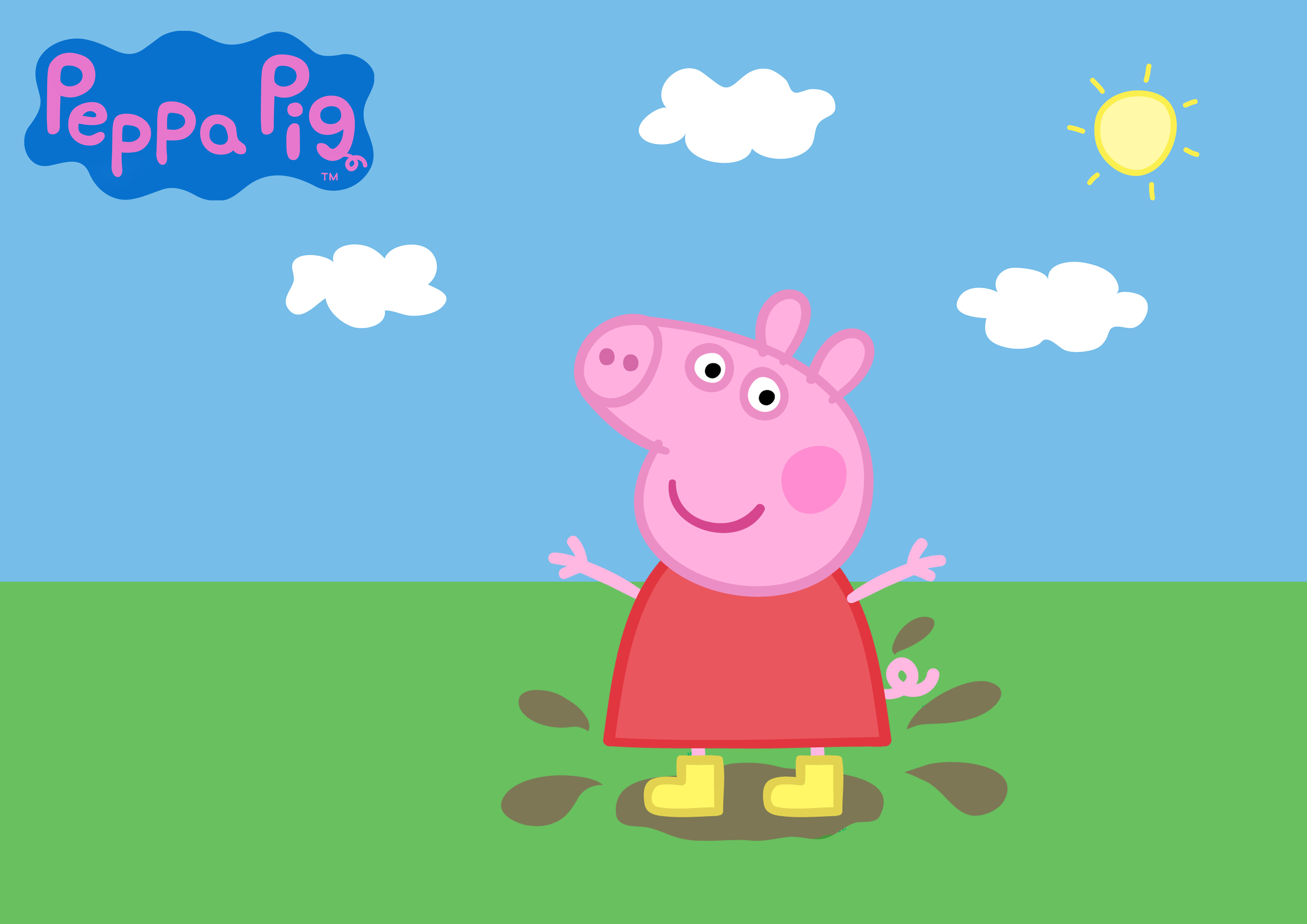 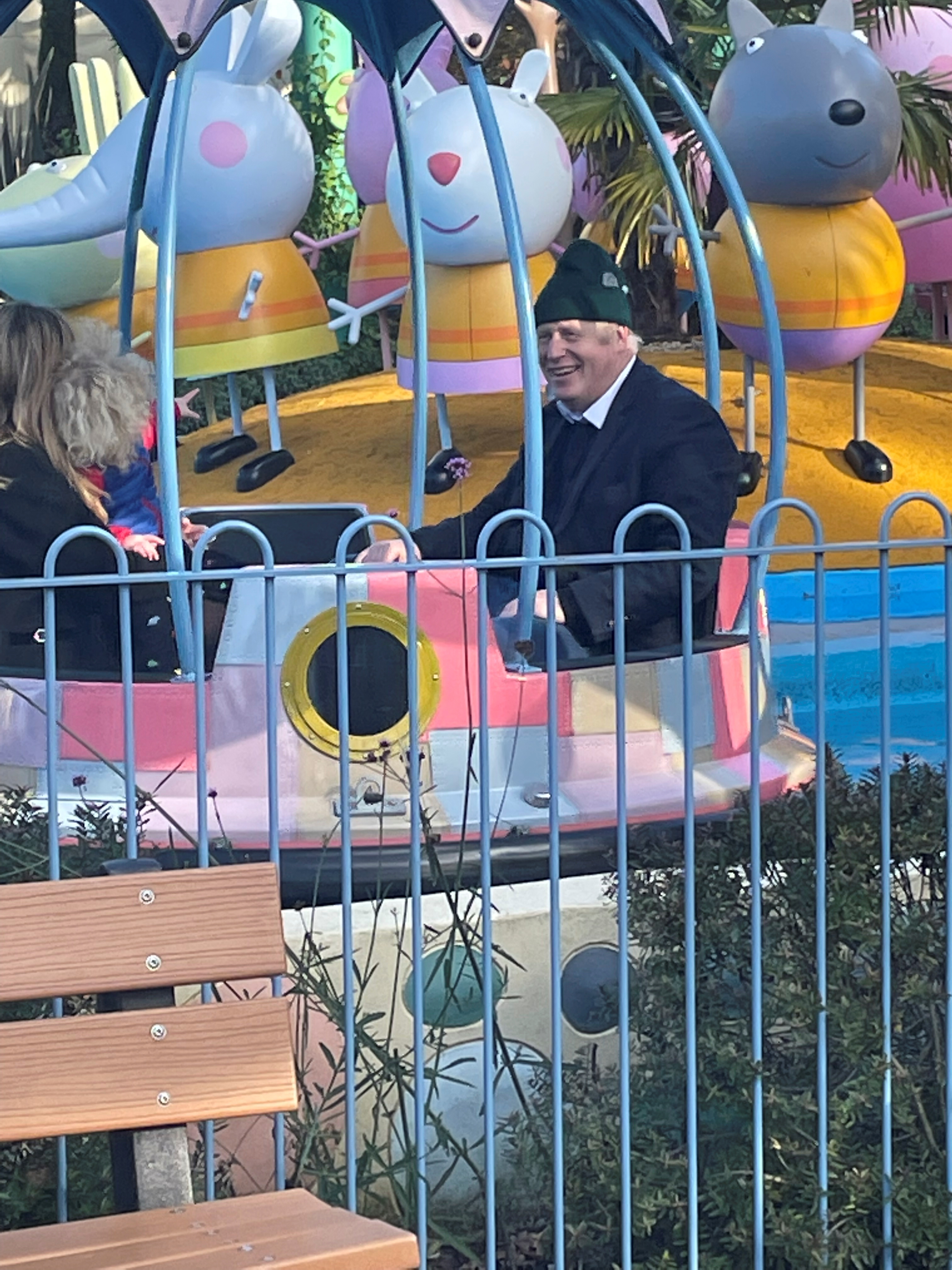 Britain’s favourite porcine heroine had a humble beginning – created by out-of-work animators Neville Astley and Mark Baker – and her original antics were based on Lily Snowden-Fine, the four-year-old daughter of friends.

In fact, Lily was the first to voice the creation she inspired in 2004, and the show was a smash hit – spawning series in 118 countries.

Peppa, who is now set to run until at least 2027 after a £2.8million deal was struck in 2019, has now been played by four different girls.

Here are all the faces behind the nation's favourite kids’ TV character. 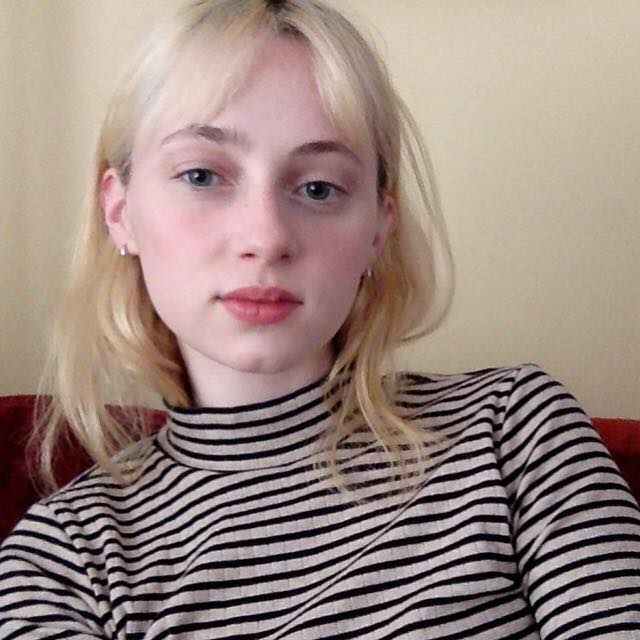 When Mark Baker was looking for a TV character to win the hearts of kids everywhere, he turned to four-year-old Lily for inspiration.

Lily is the daughter of animators Alison Snowden and David Fine, who were old friends of Baker, and would recount stories about the funny things she said and did.

When the series was commissioned, Lily was the obvious choice to be the voice of Peppa.

“I remember sitting in the recording room and, since I couldn’t read, Mum would read the lines to me and I would repeat them,” she told The Guardian.

“I remember her getting quite irritated because I’d bang on a chair and we’d have to do it again, but she’d still give me half a doughnut at the end of the day.”

Lily’s family moved to Toronto when she was eight, and she only voiced the first series.

Now 22, she works as an illustrator and painter, and has written two children's books, Why Do Dogs Sniff Bottoms? and Why Do Cats Meow?

She says she realised late in life that she was a star.

“I started getting messages on Instagram: ‘Are you Peppa, are you Peppa?!’” she says.

“Friends will find out and ask me to do the voice. It was this little show that happened as part of my life and now the whole world knows about it.” 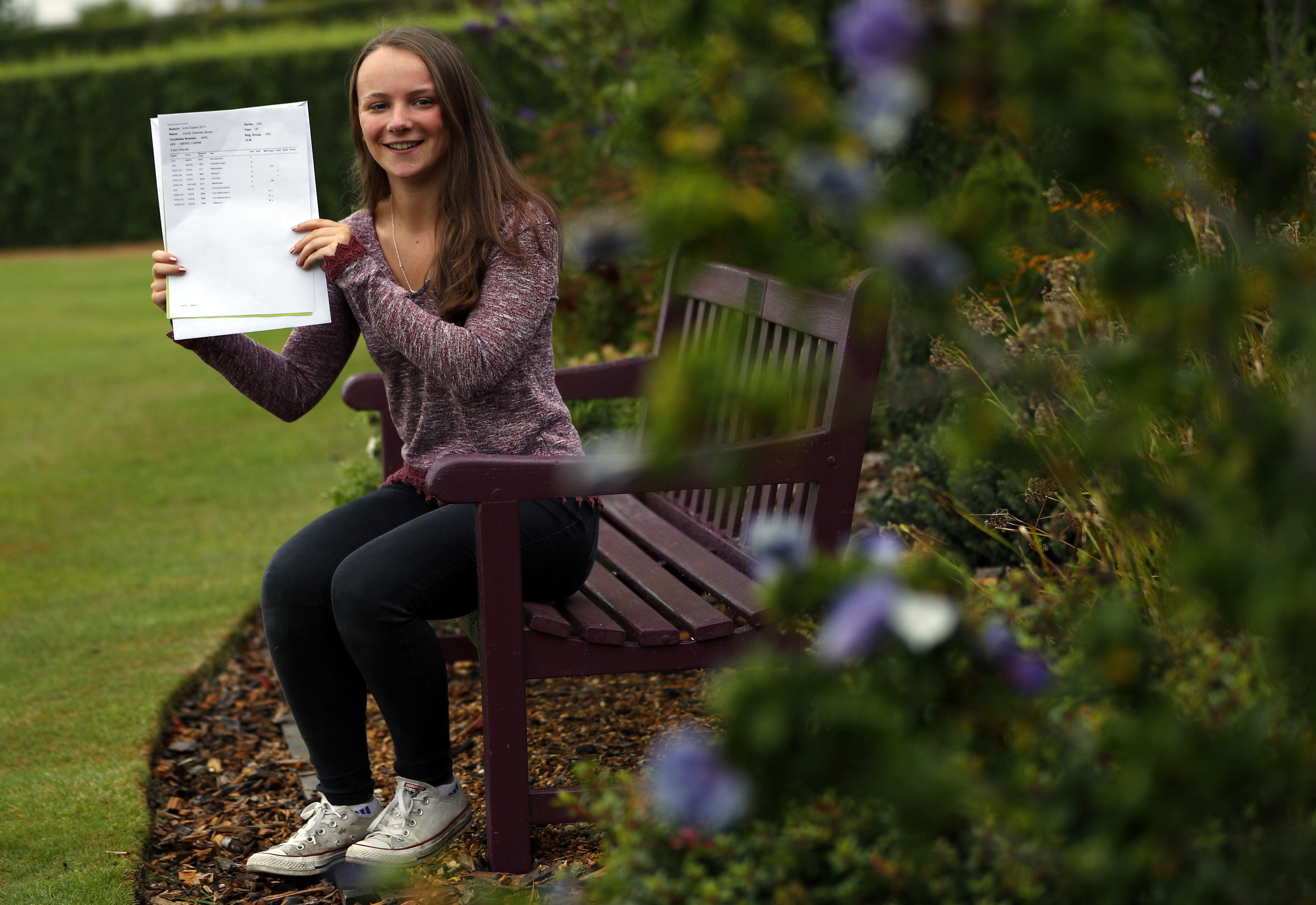 Londoner Cecily voiced Peppa from 2006-2009 and says she hadn’t heard of the character when she auditioned at seven.

“I was offered an audition and I just went for a bit of fun and ended up getting the part,” she told The Mirror.

“The audition was really relaxed, I remember all I had to do was read Peppa’s lines from a script into a microphone, which was pretty cool because I’d never been in a recording studio before.

“I had a really great time playing Peppa, mainly because the producers were always up for a laugh and made it fun. I didn’t have any idea how popular the show would become – when I started I hadn’t even heard of it.”

Although she loved her time on the show, Cecily has now left showbusiness and is studying medicine at Cardiff University.

“I enjoyed voice acting but it was just something I did for fun and was never really something I wanted to go into seriously,” she said.

“I want to do medicine because I think it will be a really interesting and rewarding career.” 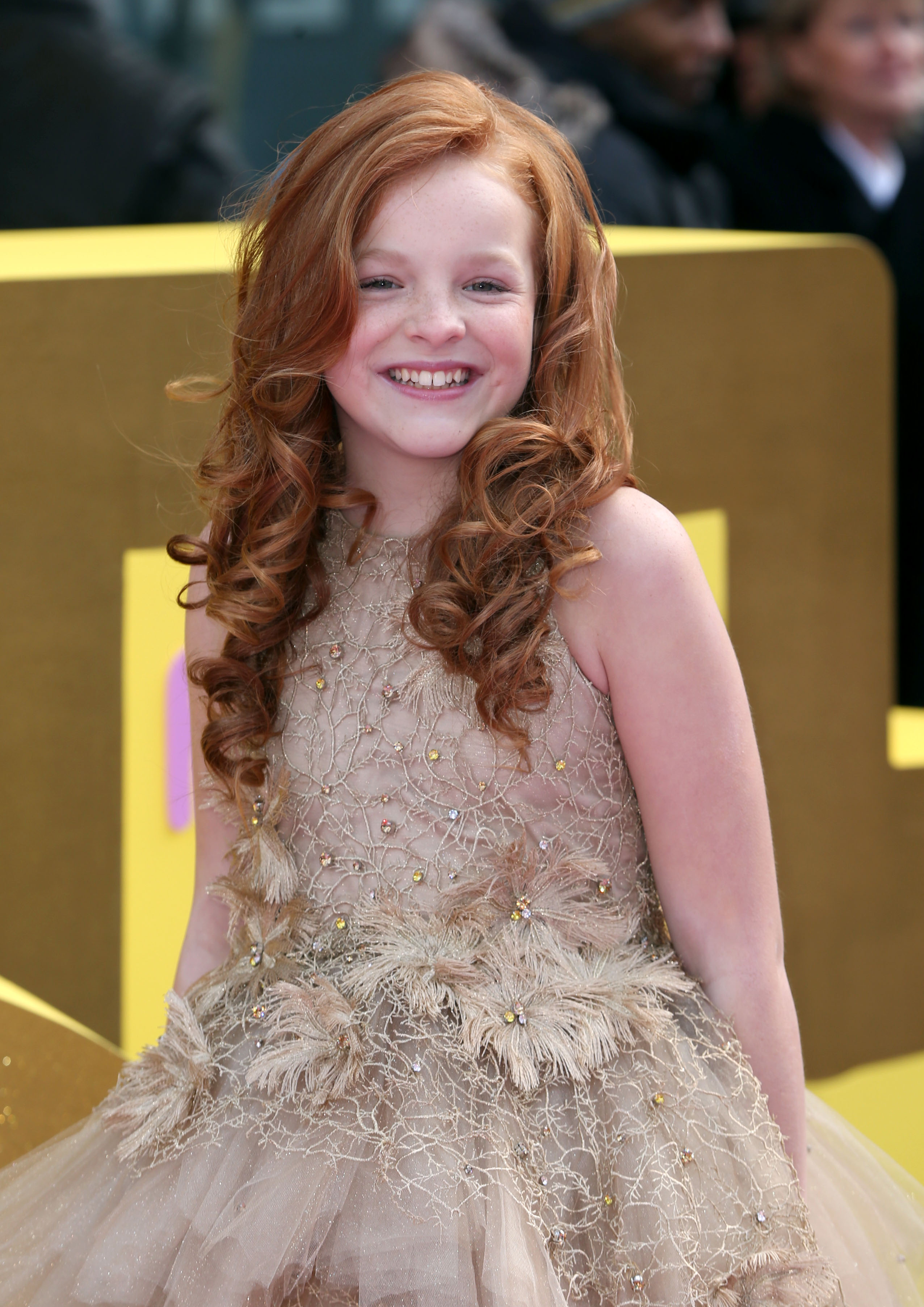 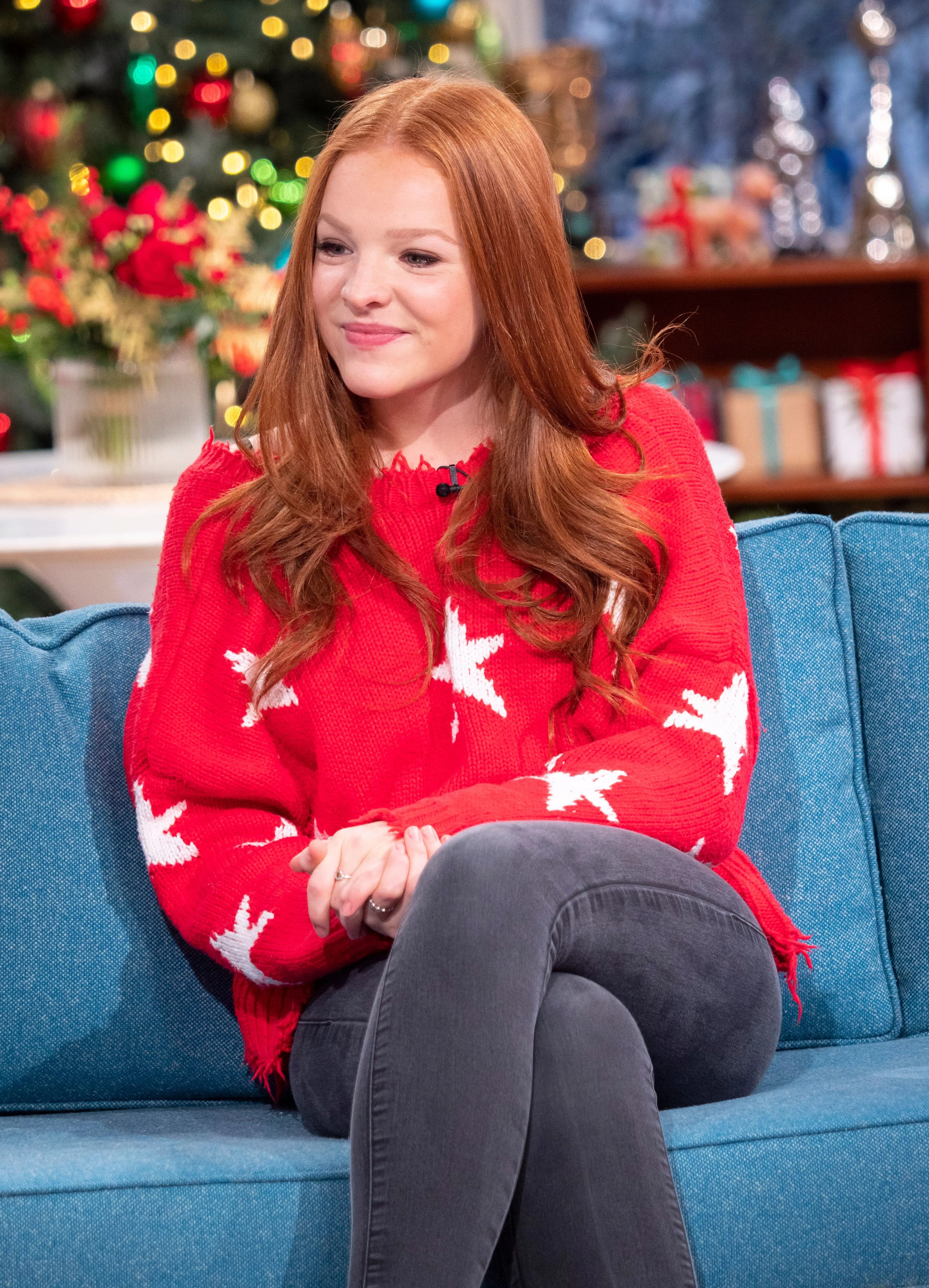 Harley was the longest-running Peppa, voicing the character for 13 years from the age of five and winning a BAFTA for the role in 2011.

Before quitting the show in January 2020, she reportedly earned £1,000 an hour and also recorded songs in character which became viral hits.

In 2019, she shocked This Morning viewers by inviting hosts Holly Willoughby and Philip Schofield clubbing for her 18th birthday.

She partied at Dollhouse, a venue owned by the DJ Tom Zanetti in Leeds, and was joined by someone dressed as Peppa Pig.

Harley, who recorded 185 instalments of the show, also starred in an episode of Doctor Who and in the film How I Live Now, with Saoirse Ronan.

She quit to concentrate on her A levels, calling her time on Peppa Pig the "start of an incredible journey”, adding that her colleagues had given her “unforgettable memories”. 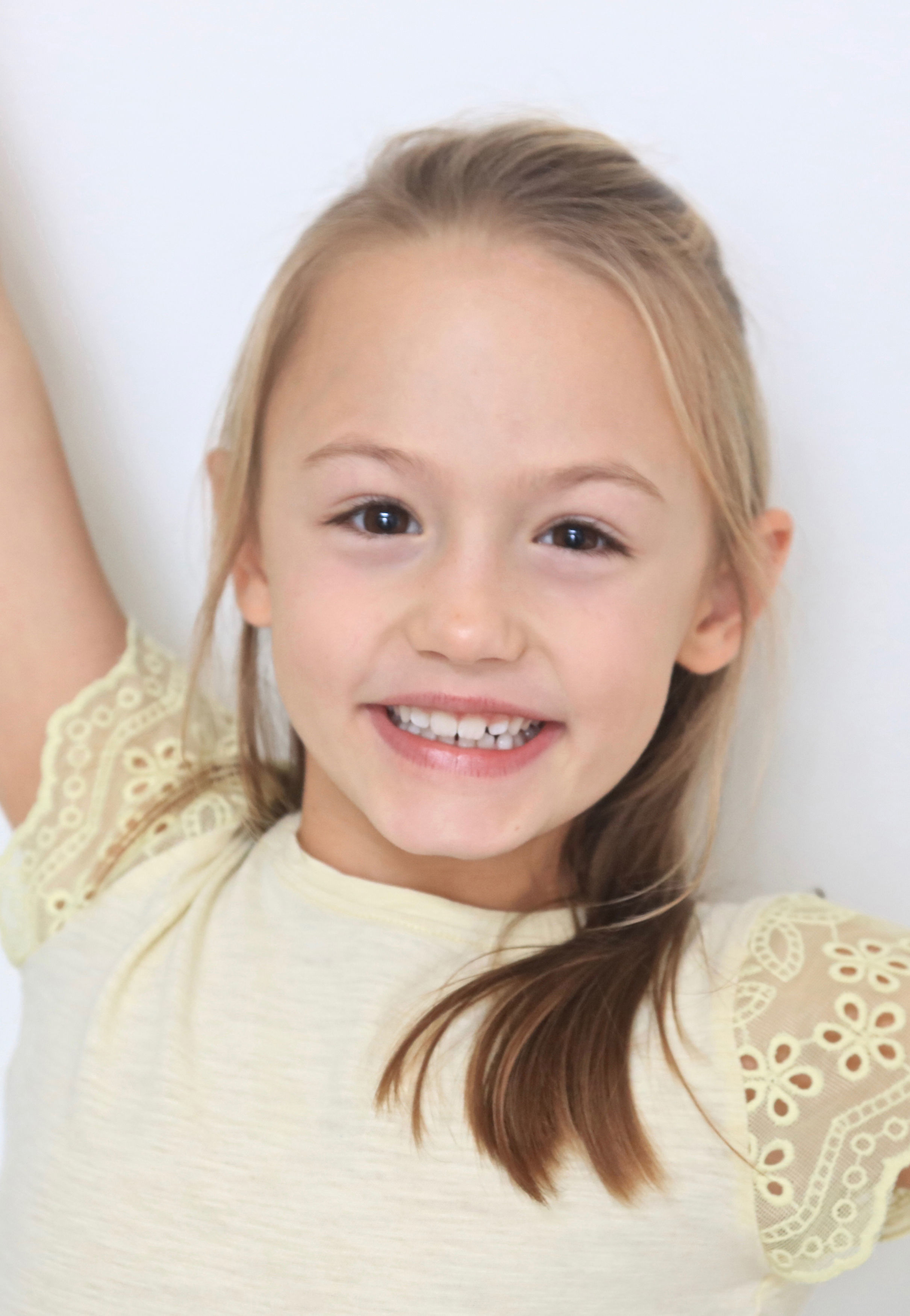 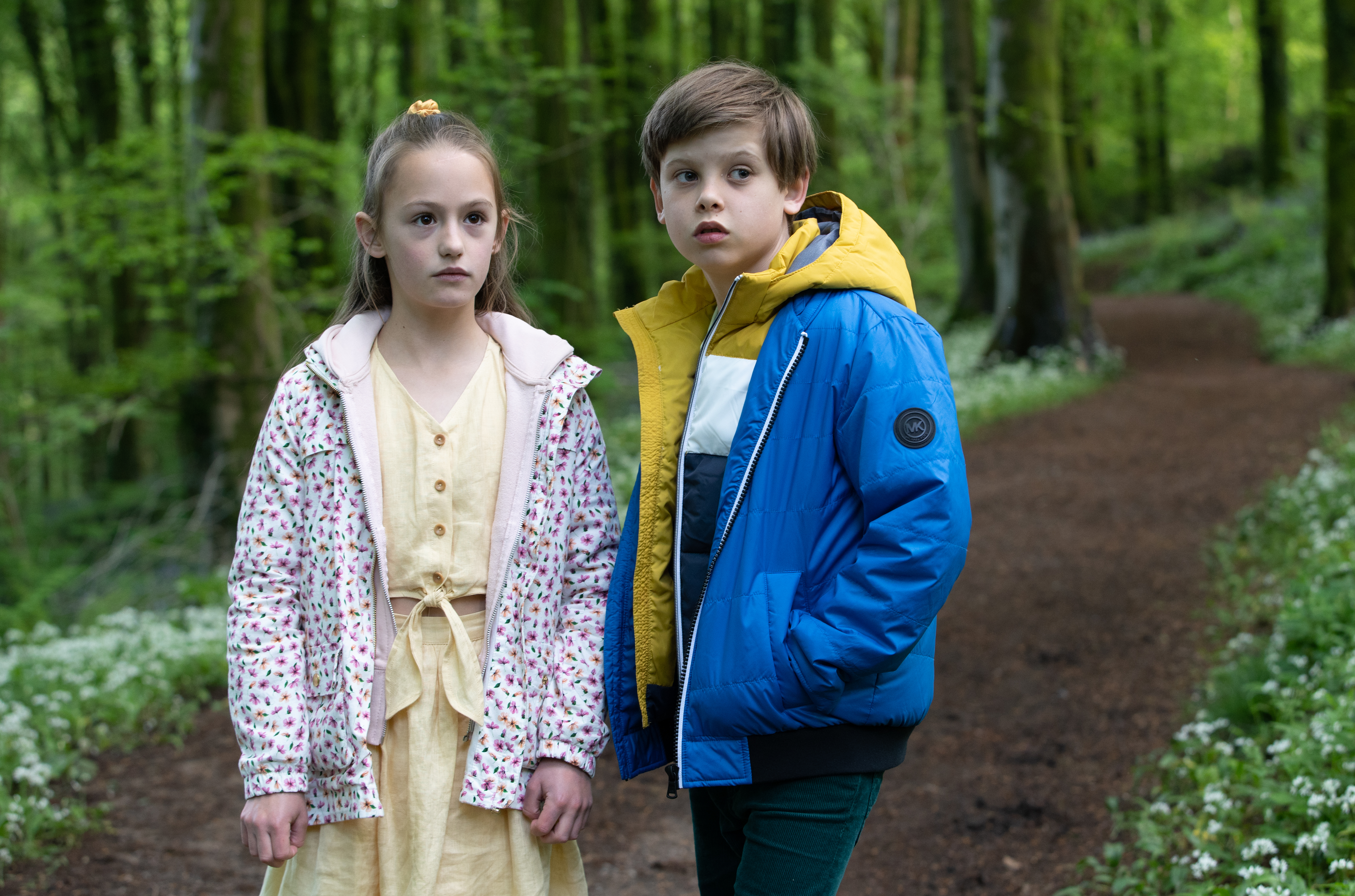 Harley was replaced by nine-year-old Amelie Bea Smith, who is the current voice of Peppa.

Her agent, Mark Jermin, said she has been a "huge fan of the show since she was little, so voicing the title role is like a dream come true".

The child star had already appeared in several episodes of EastEnders in 2018 and 2019.

She has also starred in the Netflix chiller The Haunting of Bly Manor.

Most recently, she stunned Peppa Pig fans who recognised her as Eva in the TV thriller Hollington Drive. 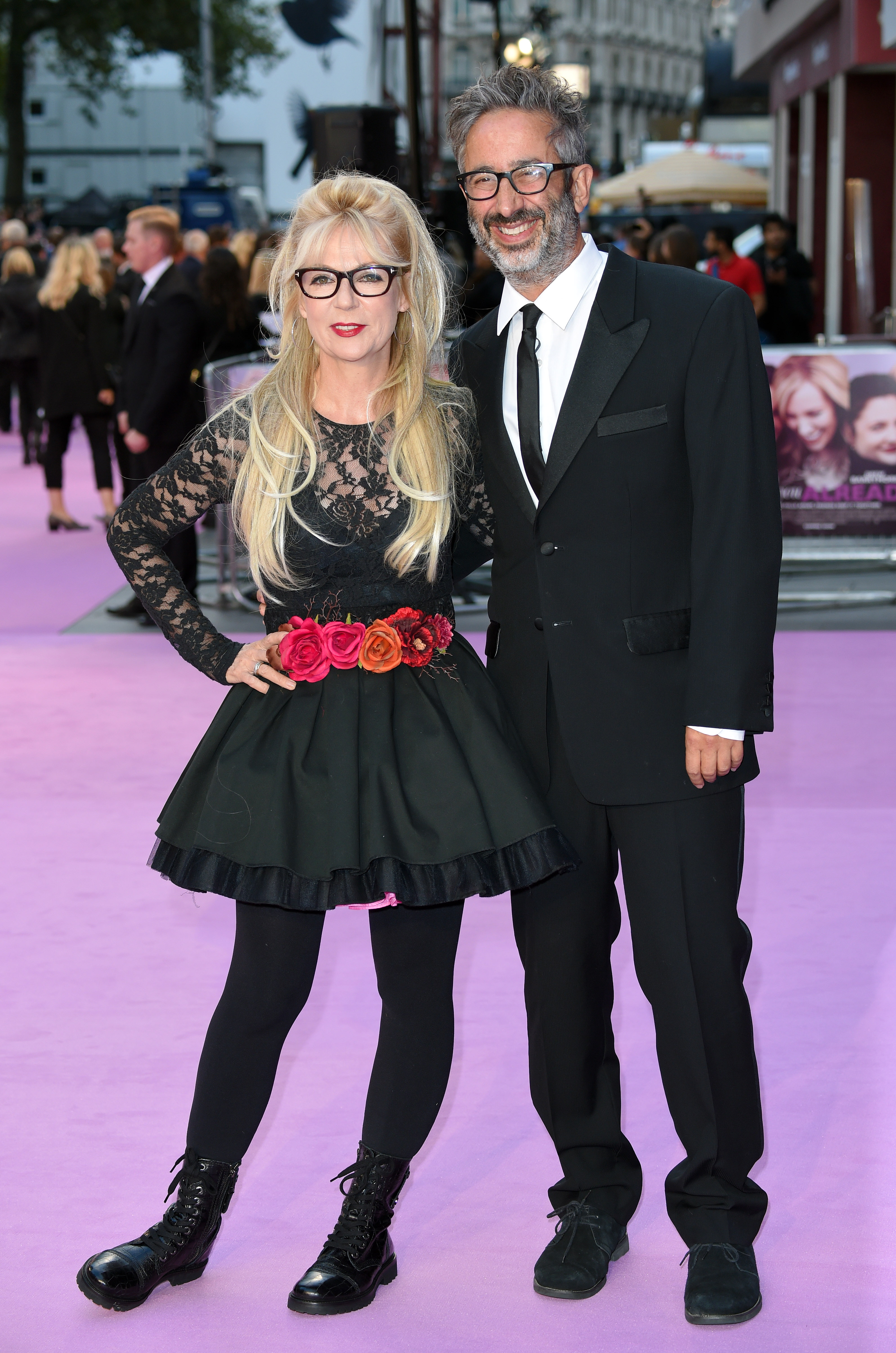 Morwenna Banks has played the role of Mummy Pig since the show's inception in 2004 – also lending her voice to Madame Gazelle and a number of other minor characters.

The 60-year-old previously admitted the series' success of the series took her by surprise, explaining: "No one was prepare for the phenomenon of Peppa."

Morwenna has voiced characters in a number of other children's shows, including Rupert Bear.

She even won Best Voice Performance at the 2014 British Animation Awards for a role she played in Ben and Holly's Little Kingdom.

Older Peppa fans might recognise her famous husband – fellow comic David Baddiel, whom she appeared with in the 2001 Syk One show Baddiel's Syndrome.

On top of her work in children's TV, Morwenna is an established comedian, writer and producer and has been involved in a number of other shows.

She wrote, produced and starred in the 2001 film The Announcement, as well as having roles in shows like Red Dwarf, Skins and classic Channel 4 sketch show Absolutely. 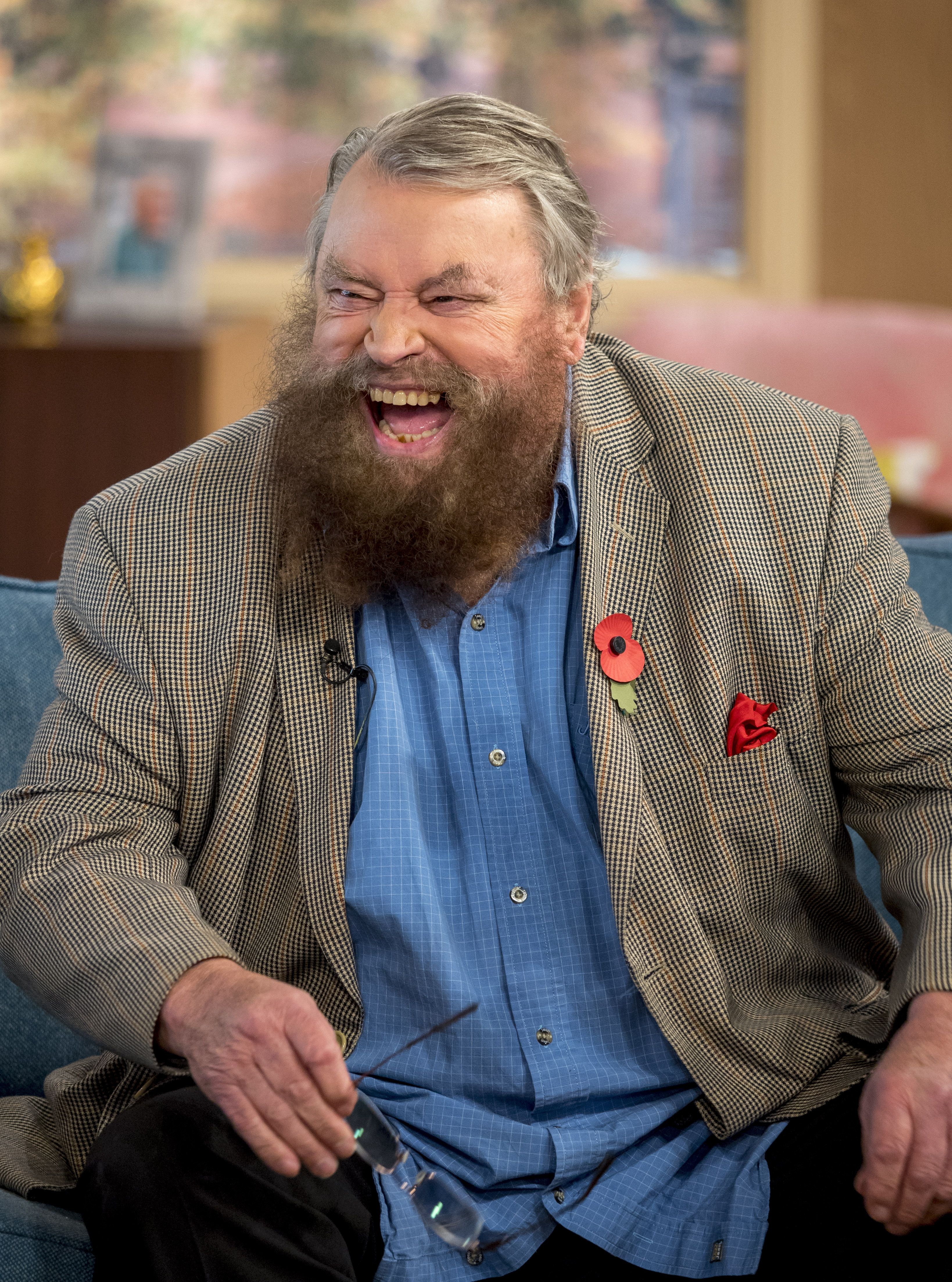 Perhaps to the surprise of some, Peppa also features legendary actor Brian Blessed OBE, who plays the role of Grampy Rabbit.

"Everywhere I go, children come up to me because of Grampy Rabbit," he told The Guardian.

"Grampy Rabbit loves going on adventures, just like me. I’ve been 50 per cent explorer and 50 per cent actor for 60 years."

Known for his loud and brazen character, Brian's real-life adventures have seen him climb Mount Everest, become the oldest man to have reached the North Pole on foot and survive a plane crash in Venezuela.

He's had a long-spanning acting career, notably appearing in the early episodes of Blackadder and starring in My Family And Other Animals.

The 85-year-old has also remarkably completed 800 hours of space training in Russia. 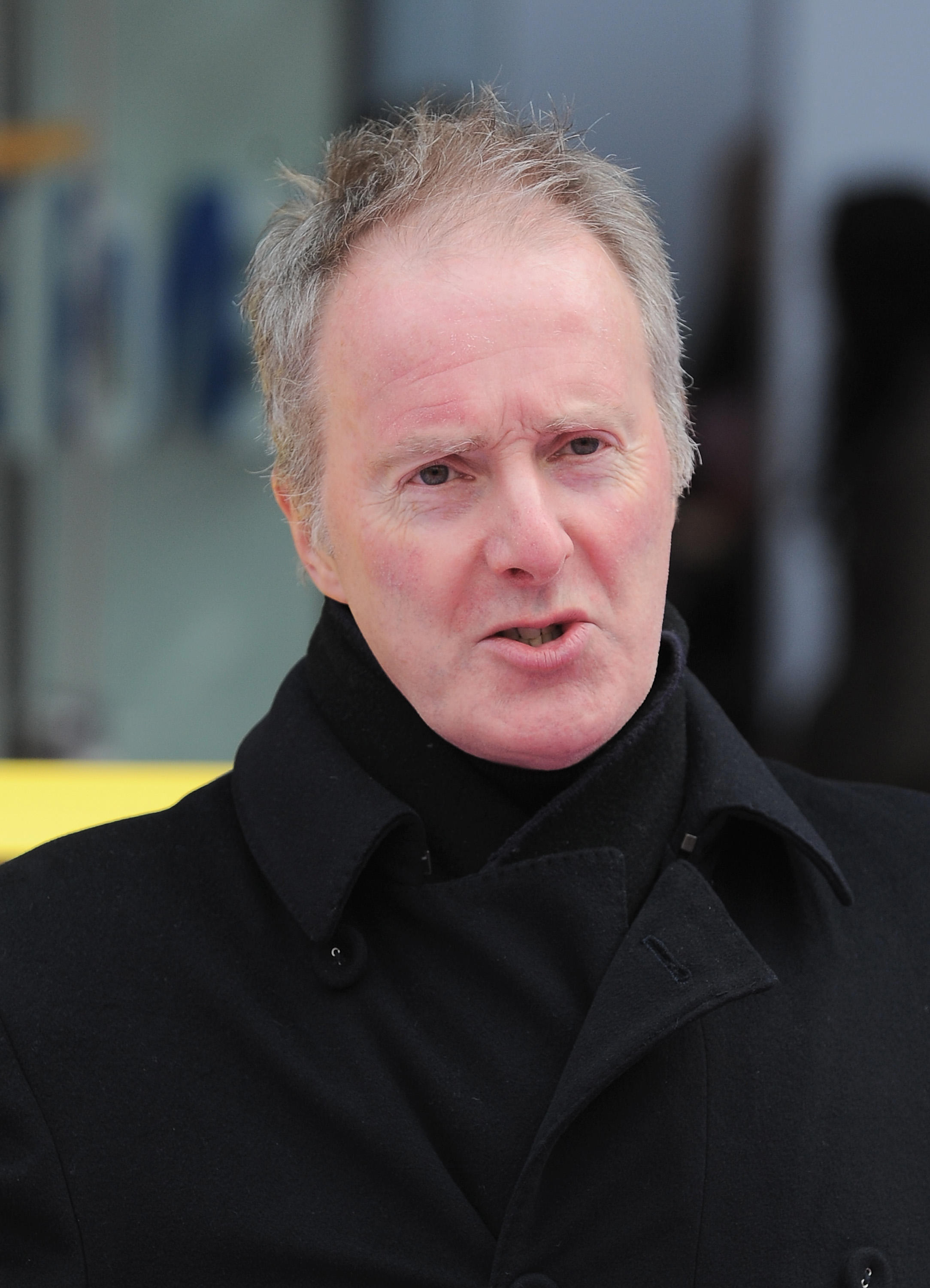 Appearing alongside fellow castmate Morwenna in Absolutely, John Sparkes, 67, is also the narrator for Peppa Pig.

"It surprised me they asked me to narrate," he previously told the BBC.

"Why did I do it? It was a challenge and sounded interesting – and I haven't got to write or learn the words so I would've been a fool to say no."

He started out becoming an established performer in London's alternative cabaretcircuit alongside comedian Jo Brand, but is more known for his roles in children's TV.

Since taking on the role of narrating Peppa's adventures, he has also featured in other shows like Fireman Sam and Shaun The Sheep.