Home » TV & Movies » Peter Bart: Critics Applaud ‘Mank’, A Movie About A Movie Whose Hero Happens To Be A Critic

Peter Bart: Critics Applaud ‘Mank’, A Movie About A Movie Whose Hero Happens To Be A Critic

Movies about the making of movies rarely find an audience. That long-standing Hollywood dictum will be defied this weekend with the Netflix release of Mank, but here’s the rub: The central character is a critic who becomes a screenwriter who becomes a victim.

That may be a clue as to why Mank this week is receiving reviews somewhere between worshipful and orgasmic. Mank is the perfect tonic for film critics who have few movies to review and no festivals or award shows around to herald their “raves.”

None of is this to deny that Mank represents an exercise in film artistry, as well as in good timing. Consider its backstory: Orson Welles arrived in Hollywood in the pit of the 1930s Depression as a self-avowed young genius aspiring to make a movie about a billionaire, William Randolph Hearst.

The studios were not thrilled about Citizen Kane. MGM had just released a movie about bank failures titled Prosperity and, since banks were failing across the U.S., filmgoers avoided it like the plague. Was this the moment to release a movie about a character like Hearst who lived in a castle?

The stubborn Welles made a deal with struggling RKO and started conversations with Herman J. Mankiewicz, an eccentric, hard-drinking ex-theater critic. He had built a reputation at what Hollywood calls body-and-fender work – rewriting screenplays (he was among the 10 writers who contributed to The Wizard of Oz). 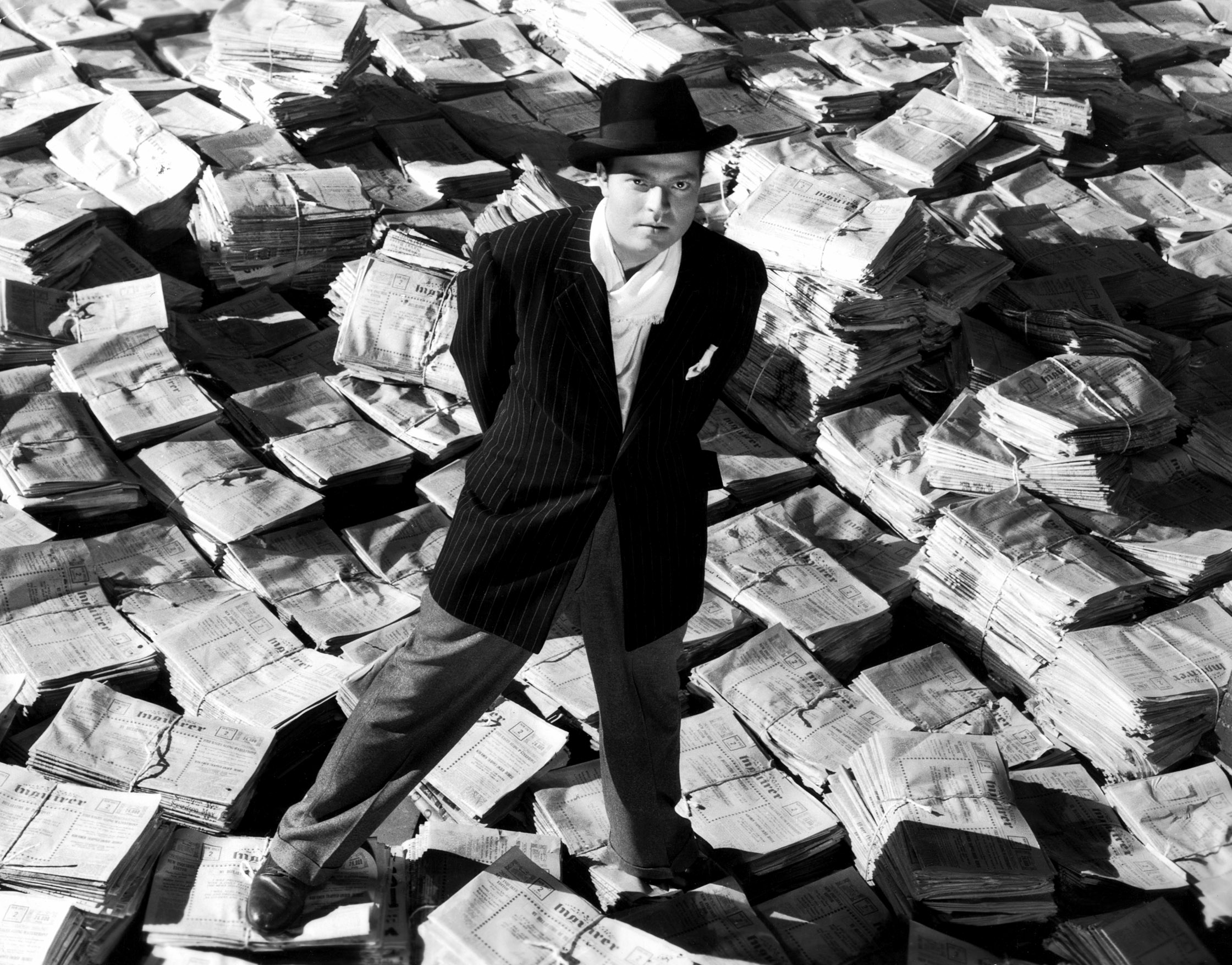 The collaboration of Welles and Mankiewicz emerged as Citizen Kane, a film that triggered not only cinephile acclaim but also an epic battle over credits. Paulene Kael, then the doyenne of critics, venerated Welles but called Mankiewicz a “loser genius who worked on many of the films I loved most” (she did not mention Prosperity).

Louella Parsons, the goddess of gossip, quoted Welles as stating that he (Welles) really wrote Citizen Kane, not Mankiewicz. After long negotiation, the Screen Writers Guild awarded a split credit and Mankiewicz won his Oscar mention.

In David Fincher’s Mank, filmgoers will appreciate the unique talents of both Welles, the haughty auteur, and Mankiewicz, the fevered author, played brilliantly by Gary Oldman. The Netflix movie will be released Friday for a limited theater run and December 4 on Netflix. It already has been labeled “an awards season juggernaut” by the New York Times. Fincher himself has built a stalwart body of credits to date with The Social Network and The Curious Case of Benjamin Button, both winning Best Picture Oscar nominations.

Citizen Kane itself, to be sure, won only a single Academy Award — John Ford’s How Green Was My Valley won Best Picture and Best Director. Netflix’s record on the awards circuit has been formidable, but critics were indignant when Alfonso Cuarón’s Roma (from Netflix) was zapped by Green Book in the Best Picture category in 2018.

A petulant lot, critics may ultimately be pacified by the reception to Mank, but, as they are keenly aware, the broader audience is difficult to assess or guide. In his book Better Living through Criticism, A.O. Scott of the NYT noted: “It’s the job of art to free our minds and the task of criticism to figure out what to do with that freedom. That everyone is a critic means, or should mean, that we are each of us capable of balancing skepticism with open mindedness and battling the intellectual inertia that surrounds us.”

As such, Scott will surely sign on for Mank.