Peter Crouch offered leading role in sitcom… starring as himself 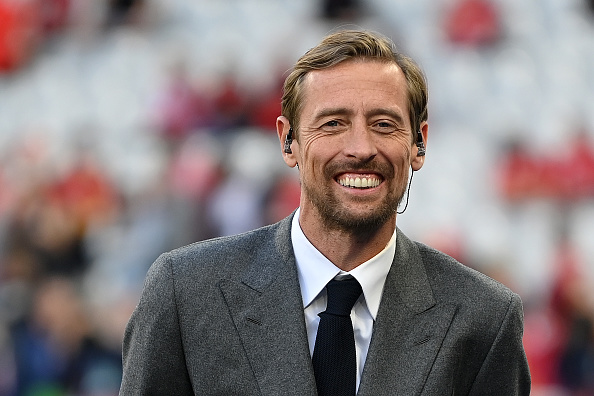 Peter Crouch has been offered the lead role in a new sitcom, but as himself.

Writers for BBC One fundraiser Sport Relief have pitched the idea about a sitcom of the former England striker’s exploits to him, and it would mark the star’s acting debut if he accepts.

In his book How To Be An Ex-Footballer, the 41-year-old revealed: ‘I liked it.

‘A fake documentary, elements of both The Office and Steve Coogan and Rob Brydon’s The Trip.

‘The scripts were excellent, written by James Kayler and Steve Lawrence who I’d worked with on Sport Relief.

‘One mooted episode was called “Eat, Pray, Love”, and involved me going on a spa trip, only to accidentally join a cult.

‘The final line in the blurb will stay with me for quite a long time, “Can Crouchie escape before he’s killed?”

But, despite having a seat on the judging panel, he thinks he can give the contestants a run for his money with his signature robot routine that he used to perform after scoring a goal.

He even recently showed off his moves to Camila Cabello.

‘So Camila, I’m not sure if you’re across it, but I invented the robot in the UK. I know lots of people in New York started it but I brought it to mainstream UK. I know you do a lot of dance moves yourself, but I could always teach you,’ he said in a video by BT Sport.