Home » TV & Movies » Piers Morgan hits out on being ‘cruelly ignored’ by the Queen: ‘How does it work?’

Piers Morgan hits out on being ‘cruelly ignored’ by the Queen: ‘How does it work?’

Piers Morgan, 55, was back on hand to host Good Morning Britain on Monday and was joined by Dr Hilary Jones, 67, who has informed viewers of the latest developments throughout the coronavirus pandemic since March. Due to his services to broadcasting and the medical field, the latter will receive an MBE from the Queen alongside fellow ITV colleague, Lorraine Kelly, 60, who is being awarded a CBE. However, the host and Life Stories star jokingly claimed he had been “cruelly ignored” by Her Majesty as he congratulated his co-star.

The presenter went on to ask how many years the medical professional had been on television, to which the MBE recipient said he’d been on-screen for over three decades.

A montage then played out of the 67-year-old when he first sat on the GMTV sofa and the many incarnations of the show since then.

With the Life Stories star failing to make the list again, the presenter joked: “I’ve obviously been cruelly ignored.”

His co-star replied “he had” been snubbed by the Queen with a cheeky smirk on his face, before offering his response to his recognition by Her Majesty. 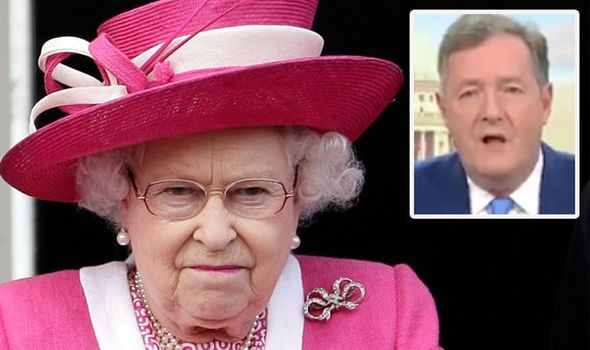 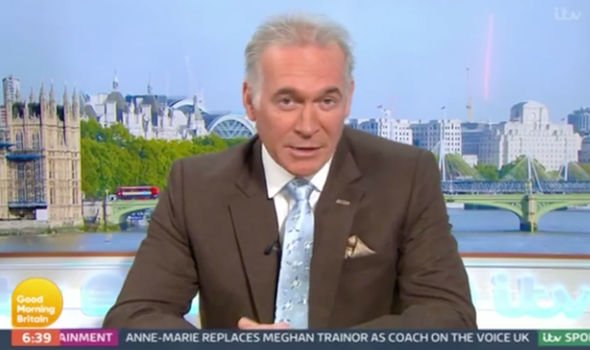 “How does it work?” Piers asked on how Dr Hilary realised he was getting an MBE, to which the medical professional said he received a letter from the Cabinet Office.

“How did you feel when you read those words?” the host continued before the television doctor said: “I was thrilled obviously.

“But humbled as well because certainly in the last year. I’m aware so many people are deserving – more deserving than me of an honour from the Queen.

“There are people who have sacrificed their lives, put their lives on the line and worked so hard so I felt so humbled and thrilled at the same time.” 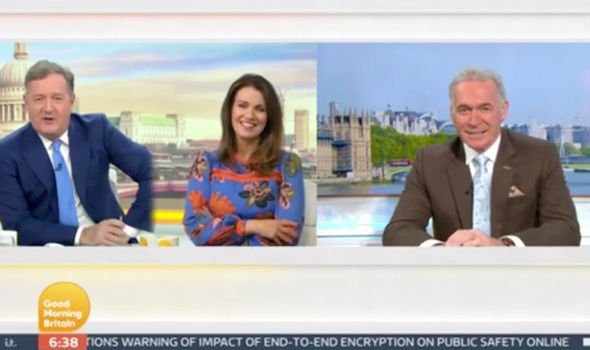 “What I do is my passion and I will carrying on doing that, working for the charities I’m involved in and carrying on trying to put out good messages and a good perspective on public health,” he continued.

Later on in the show, Piers told Dr Hilary he should have received some recognition from the Queen as well.

“You would certainly agree, wouldn’t you Hilary?” the outspoken journalist asked, to which his co-star nodded his head in approval.

Taking to Twitter, those watching at home quickly commented on the medical professional receiving an MBE from the Queen.

One viewer wrote: “Wonderful news!! I watch GMB every morning, thank you for all your advice & updates during this pandemic! To all at GMB, thank you to all of you, you have been and continue to be amazing!”

Another added: “Congratulations Dr Hilary on getting your award of MBE thoroughly deserved for all your work especially on GMB for so many years bringing help and advice to everyone.”

“Well done Hilary you deserve this for keeping us all sane,” a third fan remarked.

As well as Dr Hilary and Lorraine being a part of the Queen’s Birthday Honours list, some other big names will also be receiving recognition for their services, including TV baker Mary Berry, 85, and Coronation Street actress Maureen Lipman, 78.

A number of front-line workers also made the list, with Prime Minister Boris Johnson, 55, commending their efforts.

“[They are] a testament to the sort of country we are – caring, compassionate and resolute in the face of a global pandemic.

“The hard work and dedication of these local, often unsung heroes have helped carry us through,” he added.