Tonight will see the first episode of season five of Poldark air on the BBC and ahead of its premier, Luke Norris, who stars as Doctor Dwight Enys, has teased his character will struggle with friend Ross (played by Aidan Turner).

The pair will disagree with one another and grow apart when Ned Despard (Vincent Regan) makes an appearance and needs the help of Ross and his family.

In the first instalment, the Poldark family look forward to a peaceful life together but then Ross receives a plea from Ned, who was his old army colonel, which takes him back to the capital.

When in London, Ross is shocked by what he discovers and is determined to help free Ned from the conspiracy that imprisoned him – but it could be at the cost of his friendship with Dwight.

Dwight is kind of left on the sidelines

Speaking on Sunday Brunch today, Luke said there will be a growing tension between Dwight and Ross.

“So, Dwight has been Ross Polder’s best friend since they were together in the American War of Independence and that is all sort of challenged this year because their officer from that war turns up in Cornwall,” he explained.

“Well, he turns up in London and they sort of have to bail him out and this new bromance begins and Dwight is kind of left on the sidelines.”

In a clip shown, Dwight can be seen asking Ross: “And you’re certain it’s wise to get embroiled with Ned again?”

“Was it ever wise to get embroiled with Ned?” Ross responded, hinting there is always trouble when Ned is around.

Discussing why the series is so successful, Luke added: “Its heart is in the right place. 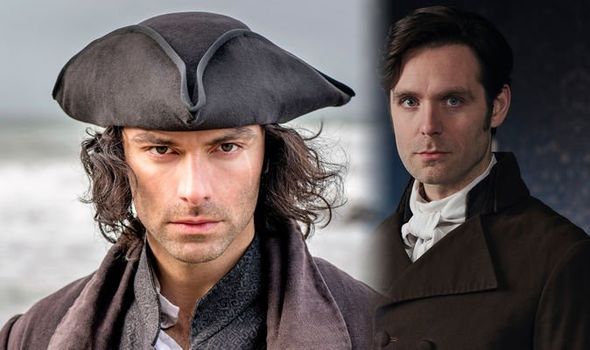 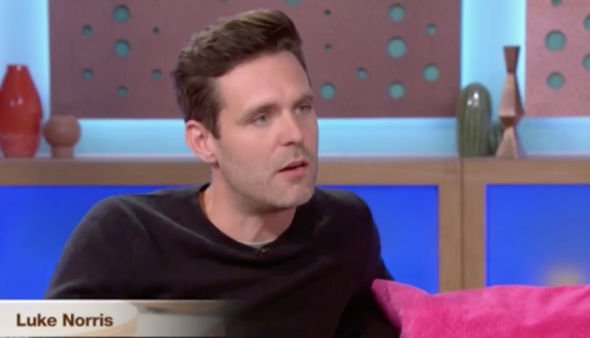 “It’s a glorious, beautiful thing to watch, Cornwall is such a gorgeous backdrop for it but the story is about people who, you know, the good guys win and the bad guys lose and love wins out over everything.

“It’s the way we sort of wish the world was and it isn’t.”

Dwight and Ross won’t be the only ones going through a rough patch as Morwenna Chynoweth star Ellise Chappell explained there is more heartache for her character to come.

Speaking to press including Express.co.uk, she noted just because she is now married to Drake Carne (Harry Richardson), it doesn’t mean her life will be any easier.

“Absolutely, I think it’s so nice at the end of season four [Morwenna’s happiness],” Ellise said. “She’s ended up with the love of her life. 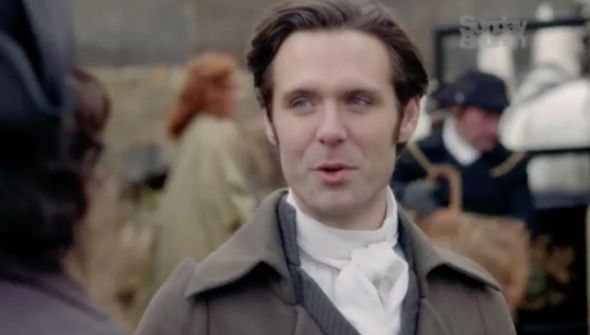 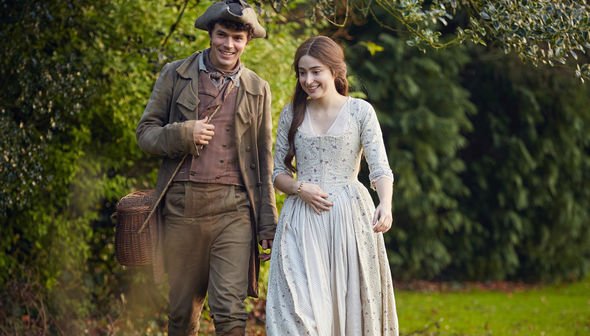 “Unfortunately, it’s not a smooth road from there. As a couple they’re both dealing with her harrowing past and the trauma she’s experienced, and that’s certainly not easy.”

Morwenna was forced into a horrific marriage with Reverend Ossie Whitworth (Christian Brassington), who abused and raped her.

She only managed to escape his clutches when he was killed at the end of season three and Ellise hopes there is a light at the end of the tunnel for Morwenna and Drake.

“What I lover about her, is that on this journey so far she’s so positive and light,” the actress remarked. “I think with those character traits she can [survive].”

Poldark season 5 airs tonight on BBC One at 9pm.