King Charles III was proclaimed to the nation as the new head of state on Saturday morning at St James’s Palace in London, which was televised for the first time. King Charles pledged himself the take now and the “heavy responsibilities of Sovereignty”. In an interview between Angela Levin and Alastair Stewart, the pair discussed the first speech King Charles gave and touched on the olive branch he handed out to Prince Harry.

During his first address to the nation as King Charles III, he gave a subtle reference to his second-born son, Prince Harry and his wife Meghan Markle.

“I want also to express my love for Harry and Meghan as they continue to build their lives overseas,” the King mentioned.

Touching on the speech and the indication he would be leaning on the younger members of his family, Levin told Stewart: “Charles is going to bring in the family because he knows his age is over 70.

“He wants to make the public feel reassured that he is very happy to use younger people than himself in any sort of necessary situation or even, just to get their feelings. 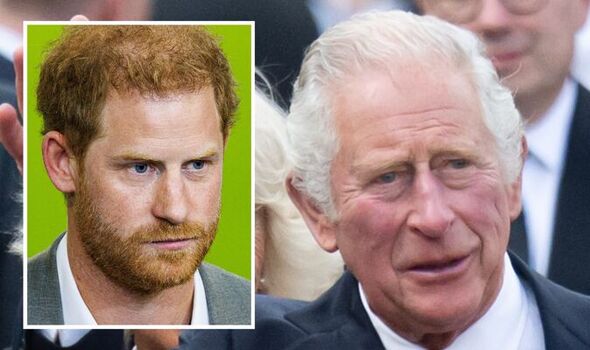 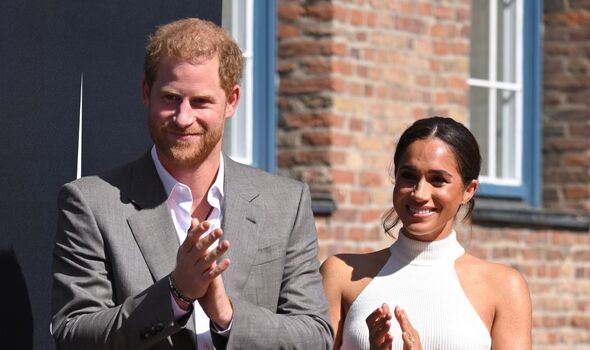 “We’ve seen that with Prince William and when he talked about Harry. I think that’s tremendously good.

“And I think it’s linked very strongly to him and the Queen walking around Buckingham Palace.”

Touching on the speech, Levin explained how she felt it was “fascinating” to see how he would deal with the issues surrounding Harry and Meghan.

She continued: “I thought it was fascinating, he proved first, that he was a father, and fathers of their children might not like what their children do, but they love them as individuals 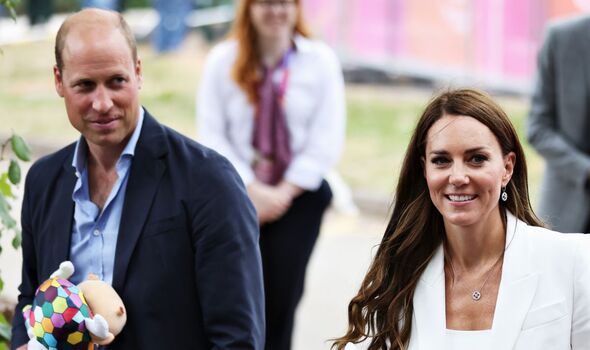 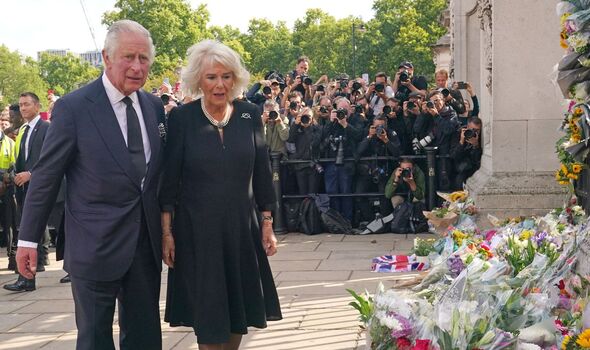 “But also he didn’t give them any sort of honour. He didn’t say the Duke and Duchess or anything like that.

“So he welcomed how they were getting on overseas. He sort of covered it brilliantly without any commitment.”

Harry and Meghan have been at the forefront of negative exposure over the last couple of months, with the pair recently visiting the UK to attend meetings for charities they are closely affiliated with.

When the news of Queen Elizabeth’s death was announced, it was reported Harry arrived at Balmoral one hour after the Queen had died.

Harry was also the first family member to leave Balmoral and made his way bag to Frogmore Cottage where Meghan was waiting for him.

A source claimed to The Sun that Harry and Meghan were going to make their way to Balmoral together, however: “Charles told Harry that it wasn’t right or appropriate for Meghan to be in Balmoral at such a deeply sad time.”

Adding to the conversation, former Royal writer for The Sun, Charles Rae touched on how Catherine has now become Princess of Wales, giving a subtle nod to William and Harry’s mother, Princess Diana.

“How nice is it that for the very first time in 25 years, we’re actually going to have the title Princess of Wales being used once again?” he said.

“I mean, let’s not forget that, technically, Camilla has been Princess of Wales. But there was a reason why she never used that title.

“But I think Catherine is going to be an absolutely brilliant Princess of Wales and it will be so nice. You can imagine what the papers and newspaper television are going to do.

“They’re going to be side by side with things that Diana did and now, Catherine, so it’s really fantastic, and I’m really pleased that the King made that announcement without having to wait for a year or two years or whatever. It is really good.