READING Festival 2021 has sold out less than two days after organisers announced it would be going ahead.

The music festival, which is set to take place on the August bank holiday, has now shifted all of its day and weekend tickets. 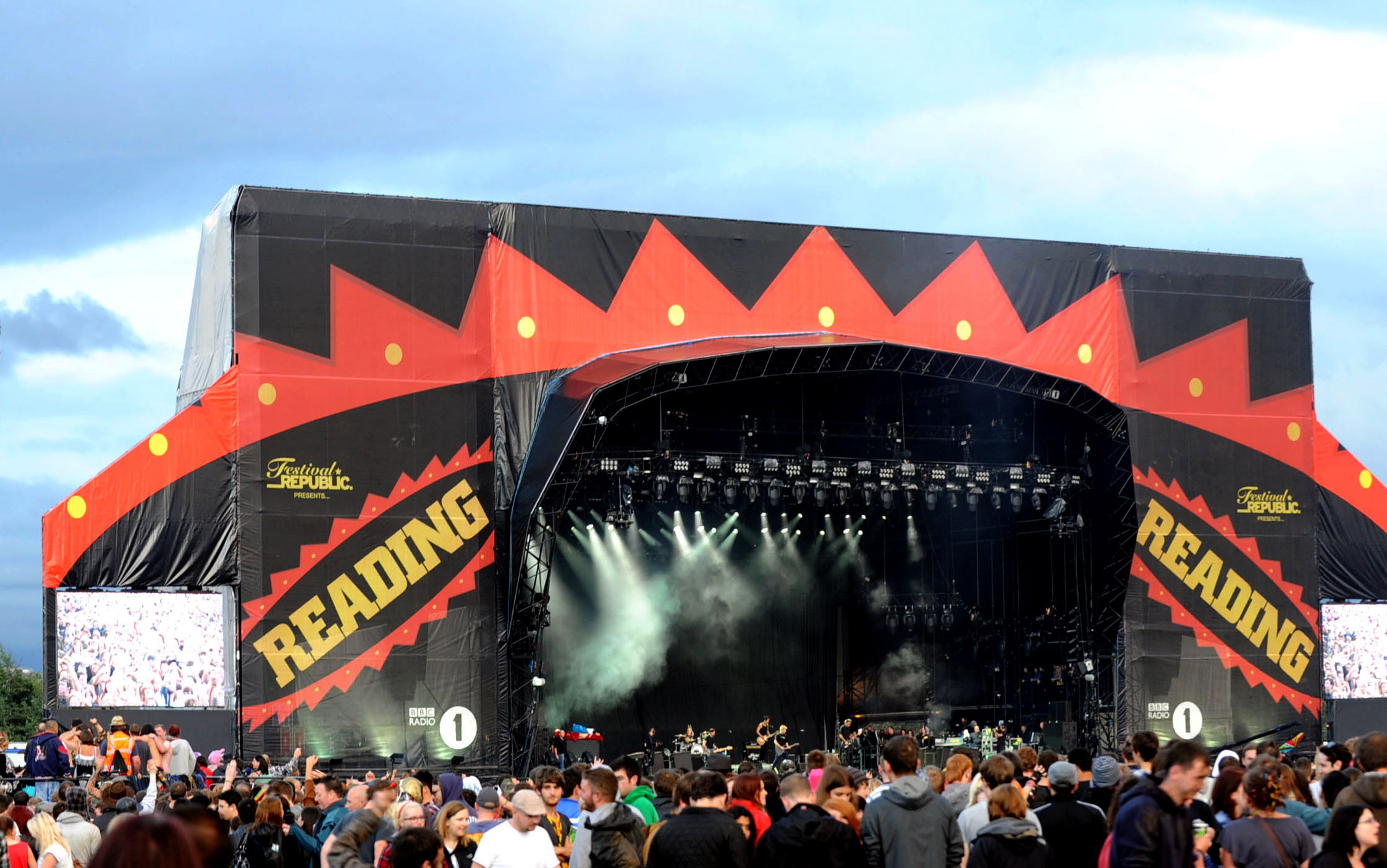 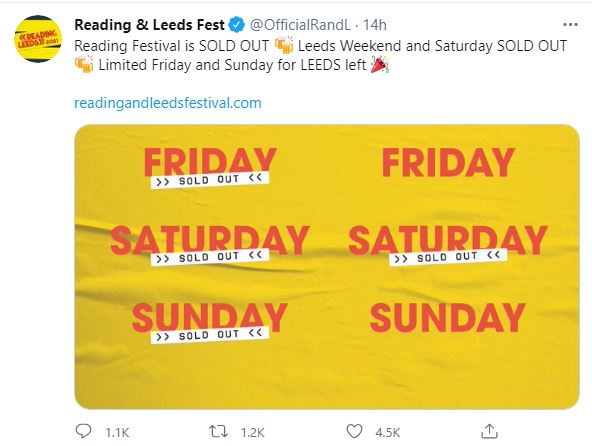 The Leeds leg of the festival has also sold out of weekend and Saturday tickets – with limited Friday and Sunday tickets available.

The festival, which attracts thousands of Brits from across the country, will take place from August 27-29 this year.

Organisers confirmed it would go ahead on Wednesday, following the publication of Boris Johnson's roadmap out of lockdown.

Just minutes after the bombshell announcement, the festival's website crashed as tens of thousands of Brits rushed to buy a ticket.

The events take place simultaneously at sites in Reading and Leeds on the Friday, Saturday and Sunday of the August bank holiday weekend, sharing the same bill and lineup.

Festival-goers can opt to camp on the grounds, or can buy day tickets to see the live performances.

According to YouGov, Reading Festival is the 9th most popular music festival in the UK, with Glastonbury and the Proms clinching the top two spots.

The festival season was handed a huge boost earlier this week as the PM pledged to lift all legal Covid restrictions after June 21.

Under the government's roadmap out of lockdown, large events such as concerts and sporting events can go ahead after May 17 – with limits on the number of people allowed to attend.

But should infections continue to fall, ministers hope to scrap all Covid restrictions on June 21 – meaning mass events can take place. 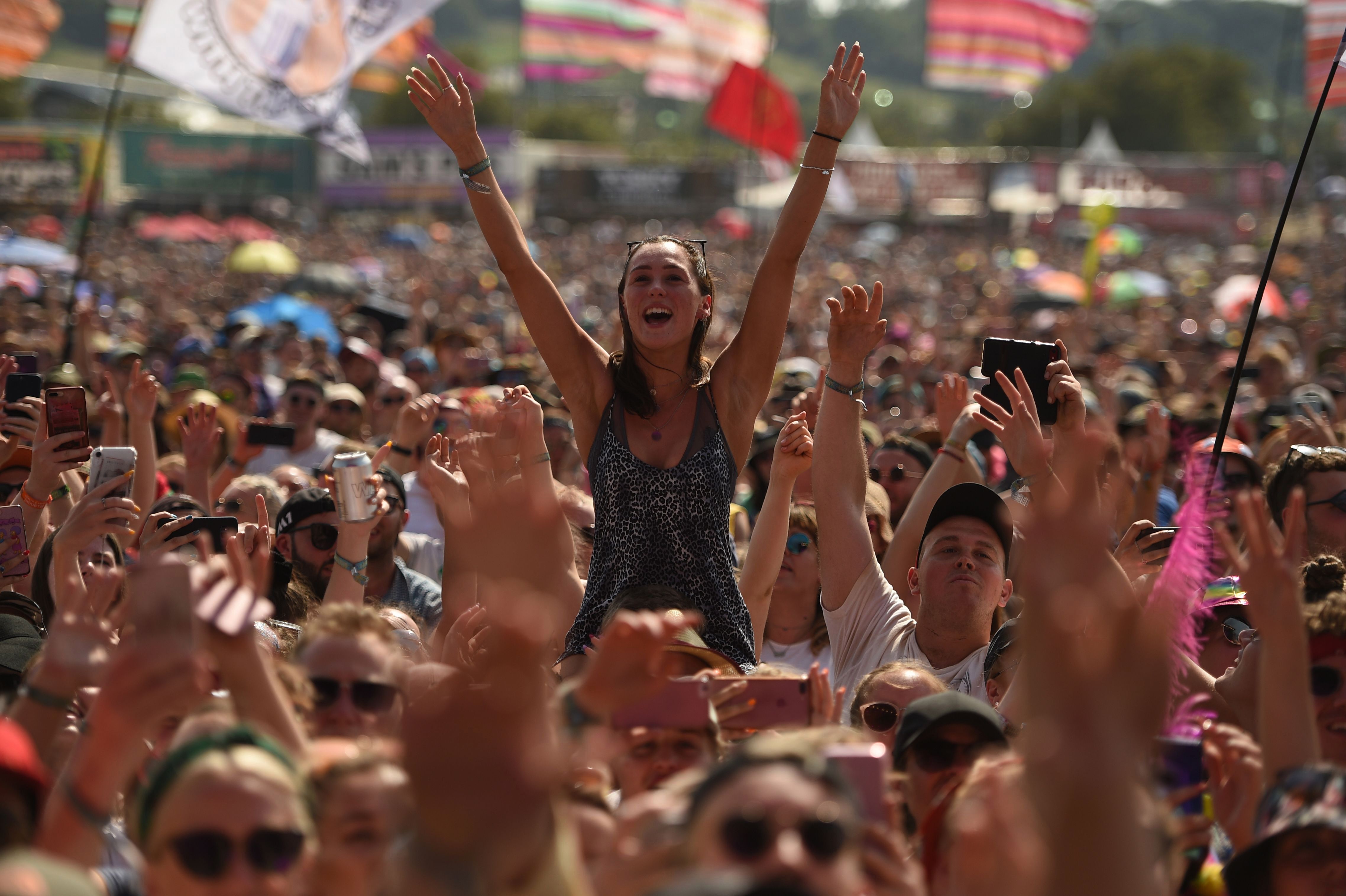 The PM has previously vowed his map was a "one way road to freedom" and insisted there would be no turning back.

By the time the festival goes ahead at the end of August, the government hopes to have vaccinated every adult in the UK.

It's currently not clear what coronavirus precautions festival organisers will take and how they will be implemented.

Measures that have been proposed include rapid testing, and festivalgoers could take a five-minute lateral flow test before they arrive.

Another "ticket and test" scenario could see testing kits sent out with tickets to live events and used the day beforehand — with a refund for a positive result.

However, other large British festivals, including Glastonbury, will not be going ahead this year as a result of the pandemic.

The Digital, Culture, Media and Sport Committee has launched an inquiry into the future of festivals.

Last month the committee wrote to Chancellor Rishi Sunak to ask him to extend Government-backed insurance schemes to music and performing arts festivals.

Festivals added £1.76 billion in gross value to the economy in 2019, with almost one in three Brits watching Glastonbury on TV.