Ruth Langsford had a very awkward slip-up on This Morning as she accidentally ruined a big surprise live on air.

The 62-year-old presenter and co-host Rylan Clark were interviewing Love Island star turned West End actress Amber Davies about her experiences on stage in the likes of 9 to 5 and Back To The Future.

Amber opened up on a lovely note she received from Dolly Parton after the press night of the hit musical, but Ruth put her foot in it when she brought the conversation over to her new role in the time travelling production.

‘The screenwriter of the original film [Bob Gale] has also written you a lovely note after press night,’ she said, but the actress seemed totally surprised by the news

Clearly shocked, she replied: ‘Has he?!’

Ruth awkwardly tried to move on, adding: ‘Oh! Was that a secret?’ 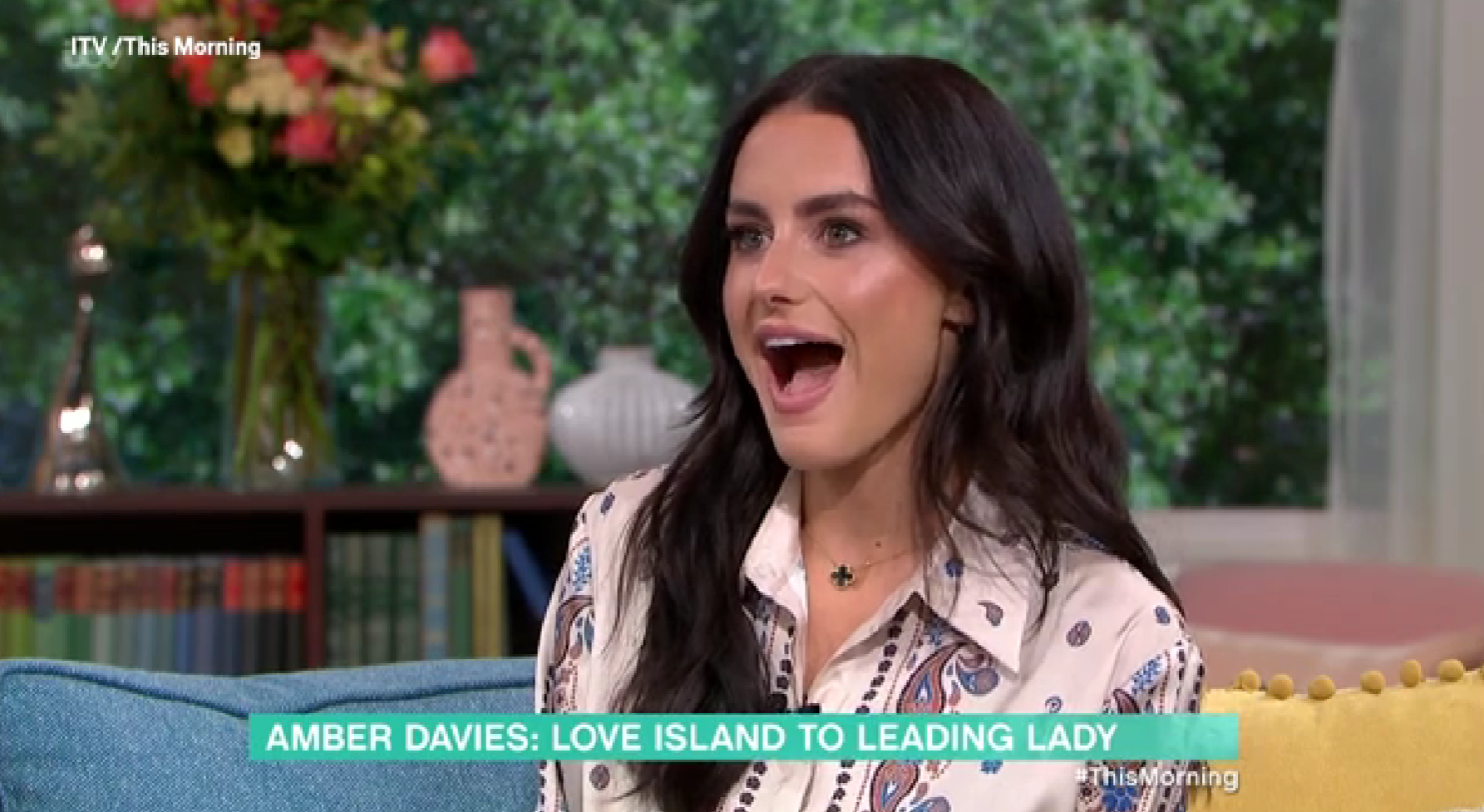 Rylan joked ‘that was that’, and Ruth sheepishly said: ‘That might be a secret.’

Speaking about Dolly’s message – which was presumably a lovely surprised at the time – Amber revealed: ‘After press night she wrote me a note and signed it just to say that she was proud of me. She cared! She was our executive producer, so that production was her baby.’

Having moved on from 9 to 5, Amber can now be seen at London’s Adelphi Theatre as Lorraine – Marty McFly’s mum and almost-love interest depending on the decade – and she’s having a blast.

The original movie is her father’s favourite film, and he was ‘in tears’ when she told him she’d landed the role.

Although Amber is settling into the production ‘one week in’, she admitted she’s still going over her lines ‘quickly in [her] head’ before she goes on stage, and having family in the audience will definitely add to her nerves.

‘Family, I would say is when I’m most nervous. They’ve given me and my sister everything – she’s also in the industry, and I just wanna make them as proud as I can,’ she explained.

‘The thing is, I could go on and do the biggest bum note ever, and my mum and dad would be like, “Oh my God, that was amazing!” But I always like to do them as proud as I can.’

She added: ‘Internally I’m calm, my voice is calm, but my hands shake. I have this moment where I have to do bits with props but my hands are shaking!’