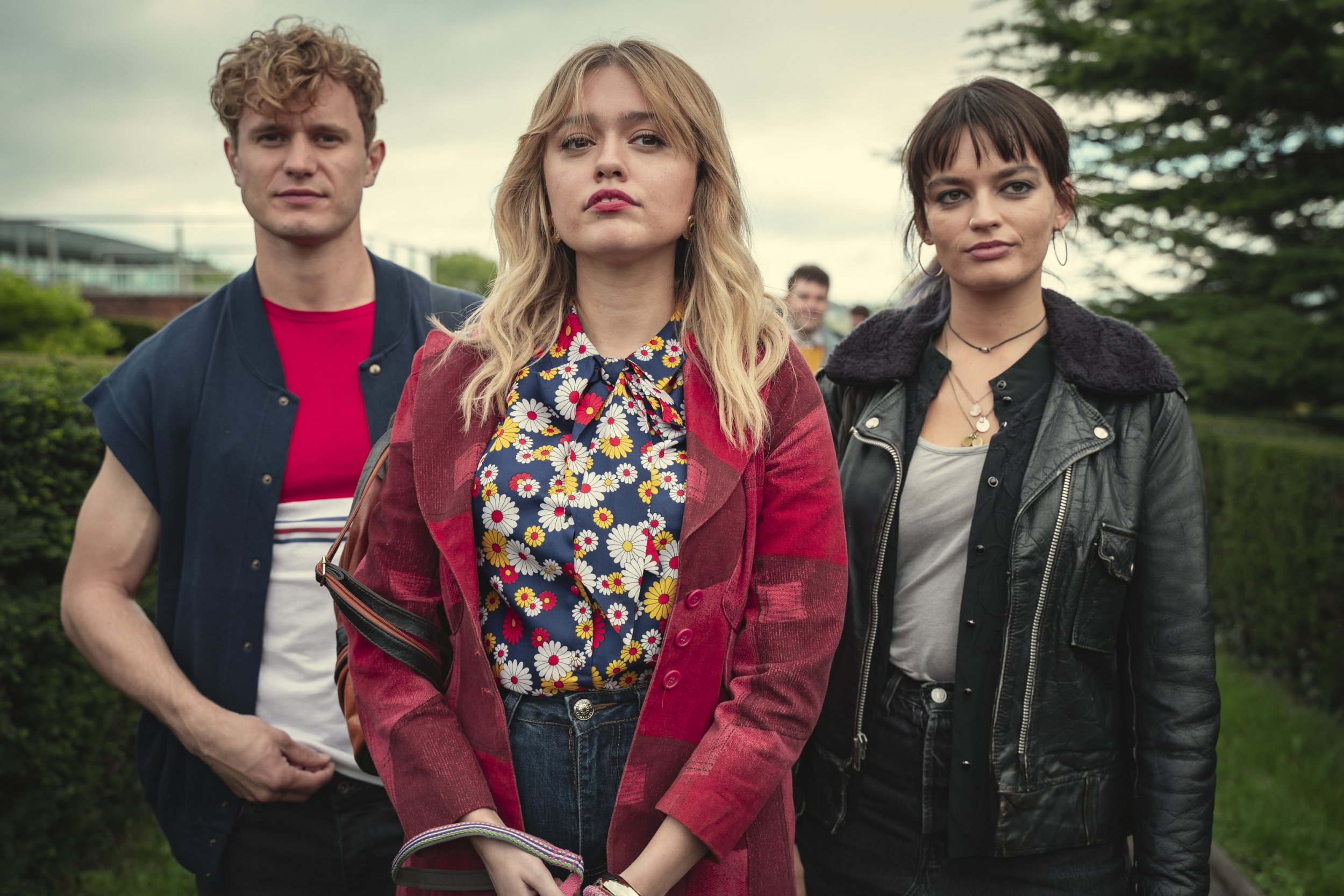 Aimee Lou Wood, who stars as Aimee Gibbs in Netflix series Sex Education, has given a much-needed teaser of her storylines ahead of season three in a new interview.

Fans saw the character go through some challenging moments in season two after she was sexually assaulted on a bus.

Fast forward a couple of episodes and those watching were left in tears after Aimee finally managed to make it back on the bus with the support of the other girls.

BAFTA award-winner Aimee has confirmed the previous events will continue to affect her alter-ego into the new series when it returns to the streaming service next month.

She told the Guardian of the pivotal storyline: ‘It can’t just be resolved – all the girls get on the bus with her and she’s over it…

‘She needed to hear someone say: “It’s OK that you’re forever changed.”’

Aimee went on to tease her character’s more light-hearted storylines in the upcoming season, stating: ‘She becomes a feminist icon without having a f**king clue, and that’s what’s so funny about her.’

Of course, the show features its fair share of sex scenes, with some more awkward than others.

She told the publication: ‘You’re by yourself, you don’t have another actor to joke with: “This is a bit awkward!”’

Sex Education was the first programme to enlist the help of an intimacy coordinator, who has continued to work on the show for season three.

Ita O’Brien, who has also worked on hit shows such as Normal People and I May Destroy You, has helped develop ‘Intimacy On Set Guidelines’ throughout the industry.

Fans don’t yet know what’s in store for much of their favourite characters, but the season two finale played host to some moments which are sure to take centre stage in the new batch of episodes.

Fans saw a huge twist occur when his love rival Isaac (George Robinson) deleted the voice message Otis left on Maeve’s phone– but will the pair have patched things up?

There will also be some fresh faces showing up at Moordale, with Jemima Kirke in the role of the school’s new headteacher, Hope Haddon.