SHERIDAN Smith went from comedy actress to bona fide star when she played Cilla Black in a TV biopic.

Now she has another Sixties star in her sights. 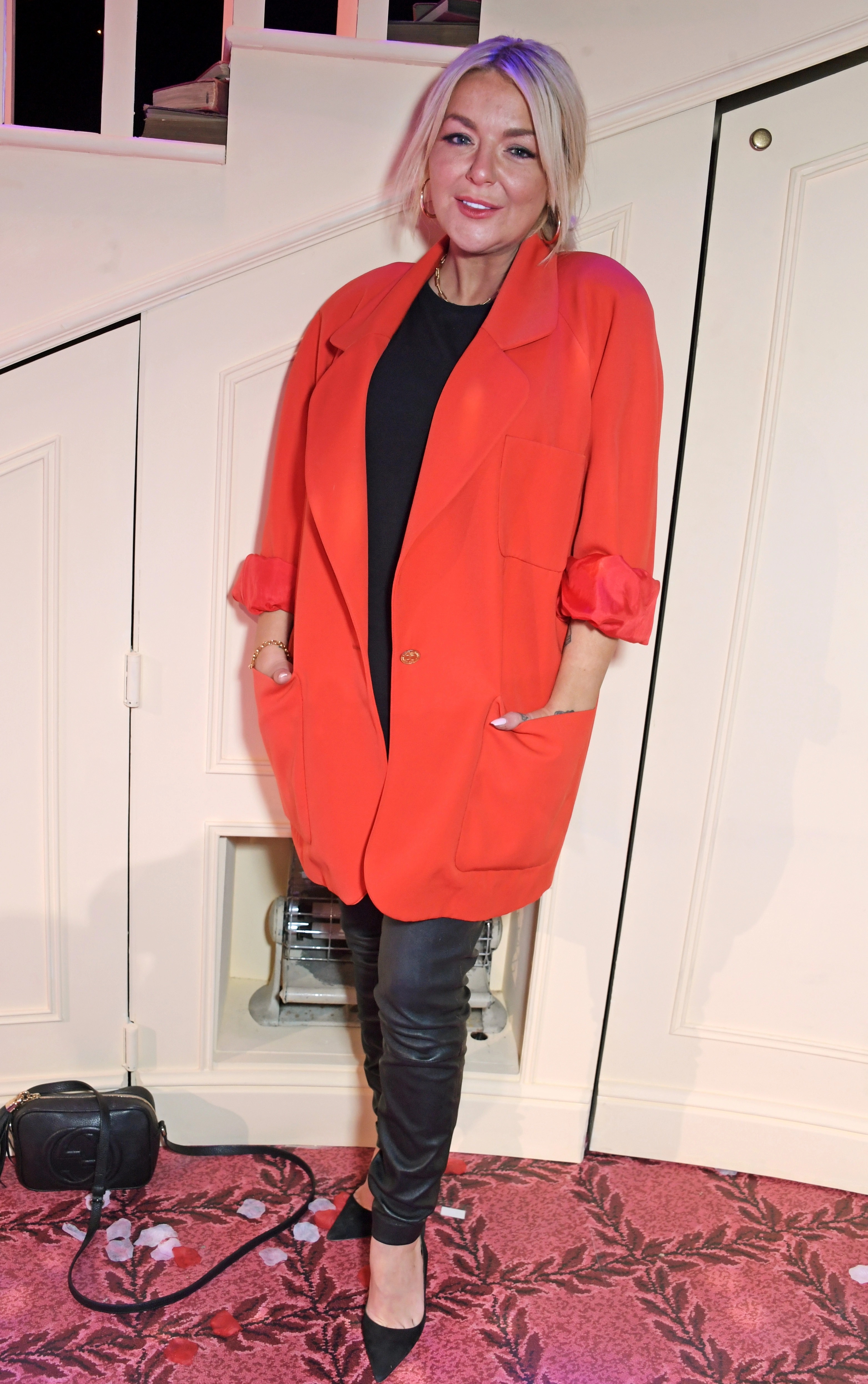 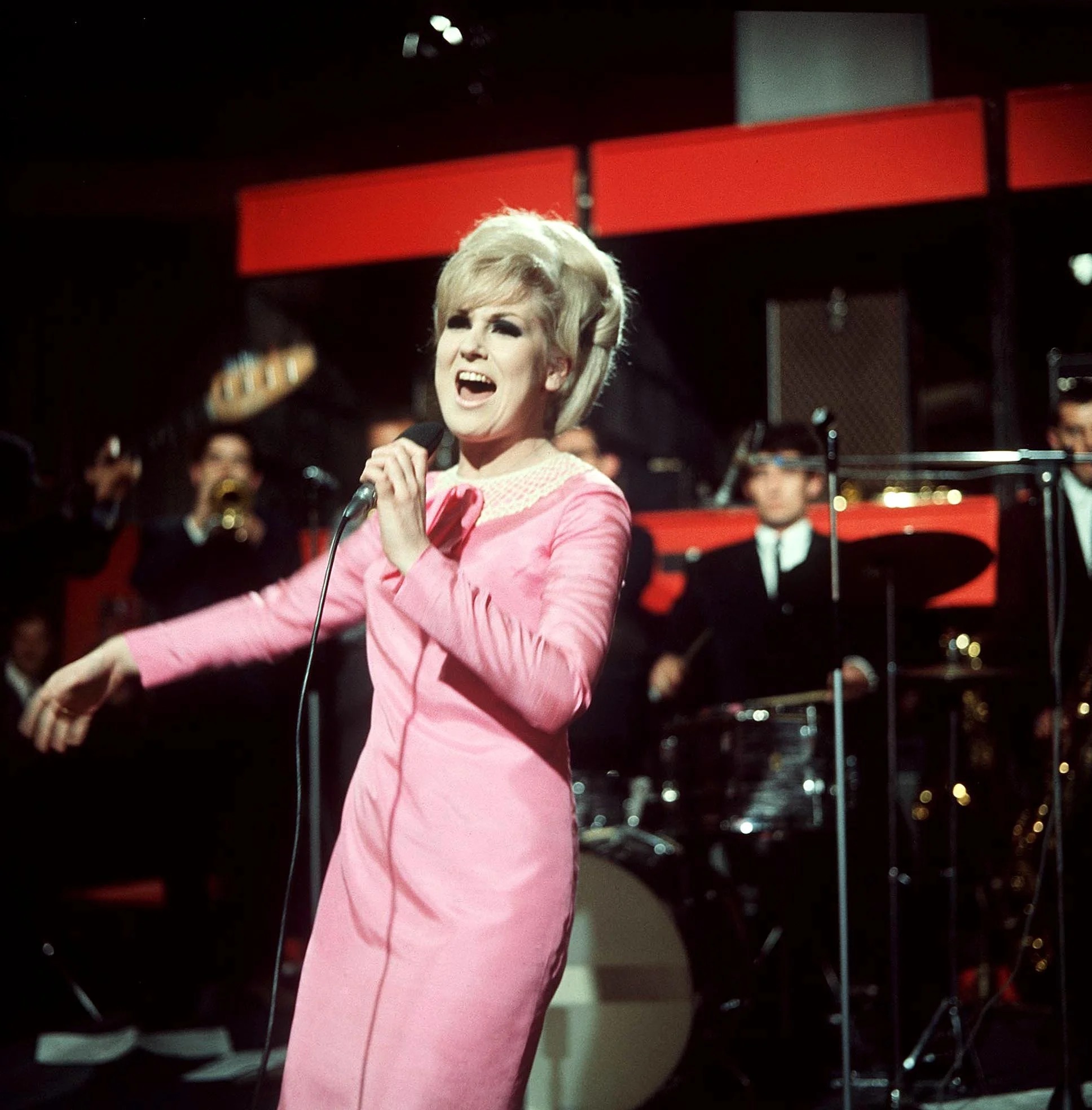 The all-round entertainer fancies her chances at being the late, great DustySpringfield — complete with her iconic beehive.

Sheridan revealed her ambition during a gig last weekend where she sang one of Dusty’s greatest hits, I Only Wanna Be With You.

She said: “We are going to get dancing again and we’re going to do a Dusty Springfield number. I love her. I’d love to play her.”

Then she gestured towards an imaginary beehive on top of her head and quipped: “She was a lot taller than me though, wasn’t she?’”

Telly bosses are likely to jump at the opportunity of signing up Sheridan to play Dusty, who died of lung cancer in 1999, aged 59.

She was just 24 when she shot to fame with tracks including You Don’t Have To Say You Love Me and Son Of A Preacher Man.

The start of her career coincided with that of Blind Date legend Cilla, who died of a stroke in Spain in 2015 aged 72.

Just a year earlier Sheridan had portrayed her in an ITV biopic to critical acclaim, scooping the Best Drama Performance at the National Television Awards.

Speaking between numbers as she performed at the Warner Leisure Weekend in Cricket St Thomas, Somerset, the singer and actress recalled when she met Cilla.

Sheridan described the Liverpudlian legend as “a little bit scary”.

She added: “Actually she did shut me down. I went to meet her.

“I’d researched her for three months and I went to meet her and I was dead nervous.

At least she won’t get similar grief if she plays Dusty.

Emma has a Di off

AS Princess Diana, The Crown’s Emma Corrin always looked as neat as a pin.

But off duty the actress is more relaxed than royal, dressed in a big wool coat and red vest. 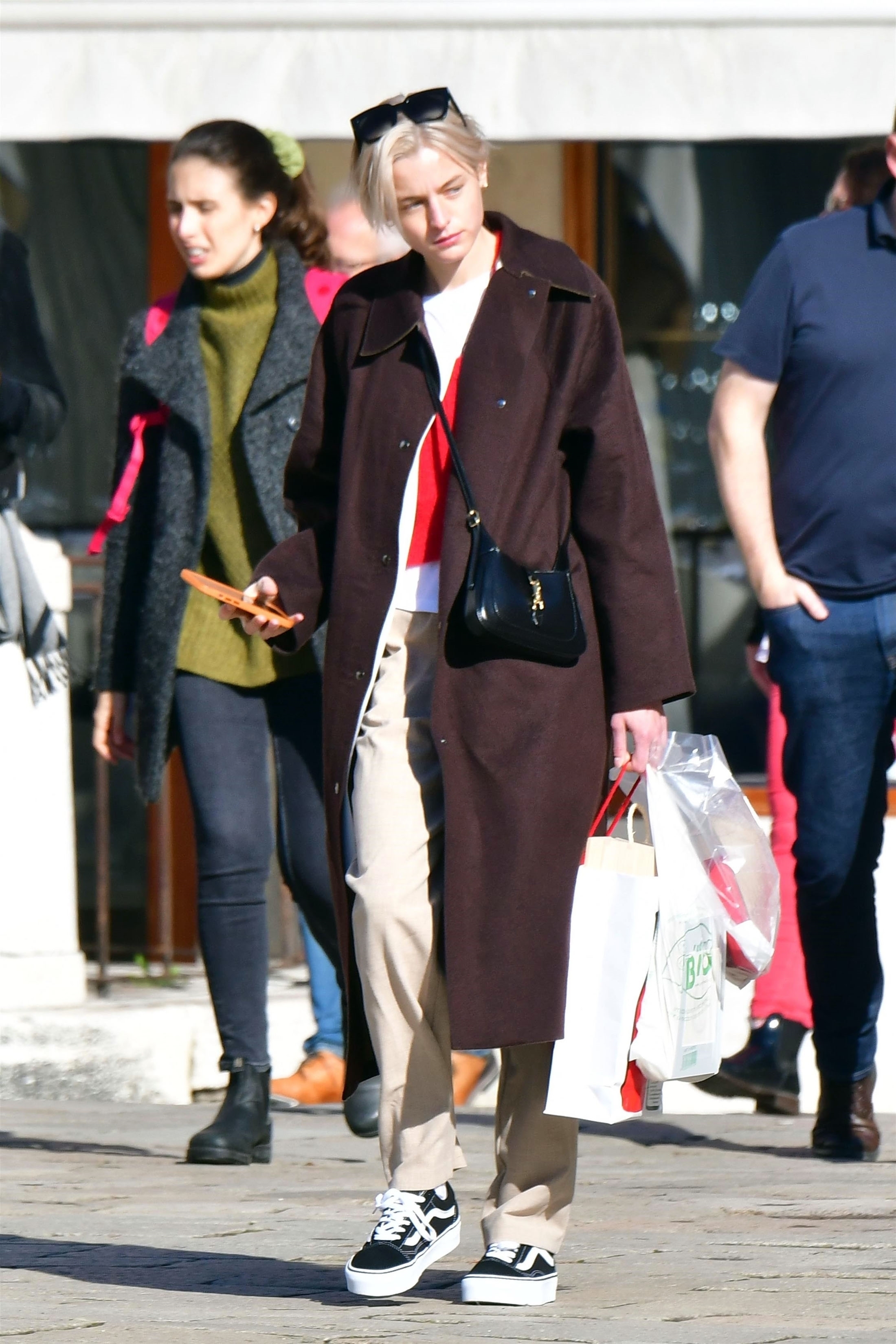 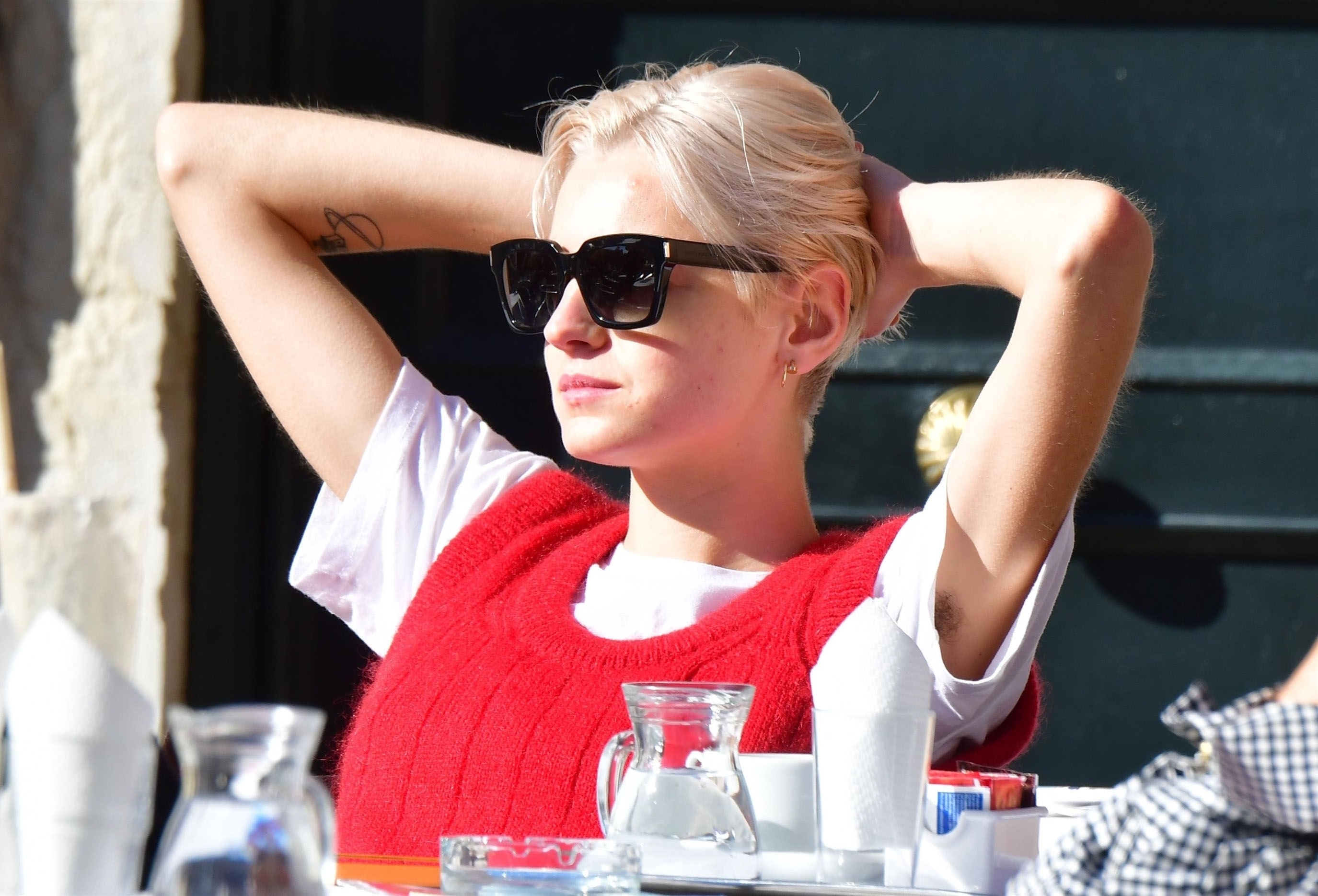 Out shopping in Venice, she had even let her armpit hair hang loose.

Emma was later spotted sipping on a coffee at a cafe.

Beautiful Venice – along with its legendary crooning gondoliers – was the setting for a famous ice cream advert back in the 1980s.

While sat outside that cafe, did Emma ask for just one Corrin-etto?

Master’ Wareing us down

THE pressures of MasterChef have caused many a competent cook to crumble.

So you can imagine the stress for an absolute kitchen novice. 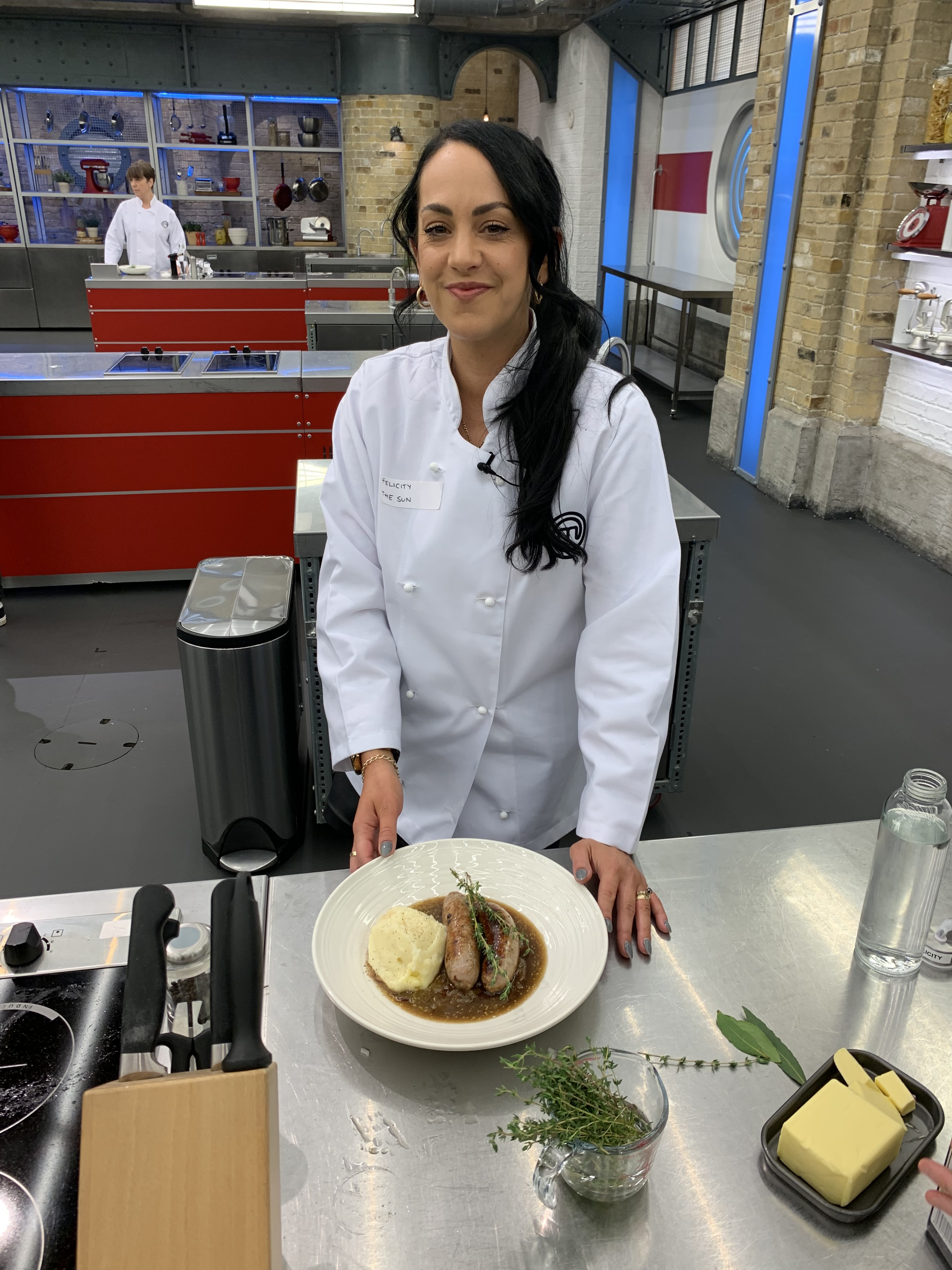 Holding our utensils in quivering hands, TV Biz took a turn in the spotlight to try out judge Marcus Wareing’s skills test.

He challenged us to create his complex bangers and mash with an onion and stout gravy – no mean feat, as scenes on last night’s MasterChef: The Professionals showed.

Without timings or even an ingredients list our version was a little limp.

And panicking as the 20-minute countdown drew to a close, our gravy was very sloppy.

You can watch our efforts online at thesun.co.uk.

For the real thing, catch up with MasterChef: The Professionals on iPlayer.

Shy has her bag pecked

SHE’LL soon be swapping her London high life for the creepy I’m A Celebrity castle.

But Radio 1Xtra’s Snoochie Shy is already a screen queen. 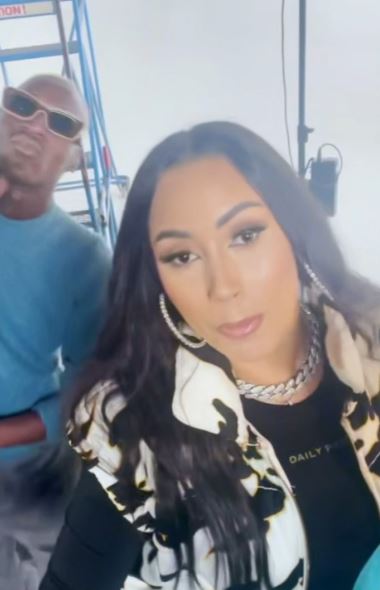 The DJ has featured on reality show Peckham’s Finest, appearing in a photoshoot with the Flag Twins.

In the scene, Kevin Bonsu says: “We want to understand how a woman of colour ad- apts to a world that’s not really made for us.

“So big up Snoochie.”

She raps back to the duo: “My name is shy don’t ask me why, if you get rude I’ll say goodbye.”

Snoochie is all set for her time in Wales, having shown off a new braided hairstyle on Instagram.

She captioned her pic: “Fancied a change!"

During her shoot with the Flag Twins, Snoochie looked glam in a cow-print gilet, as seen in the photo above.

We’ll see if she looks quite as hot in her red I’m A Celeb outfit.

THE BBC has shifted its Children In Need spectacular online again this year.

Viewers can join a virtual audience for the show, which airs on November 19.

Among the many acts, Sophie Ellis-Bextor will try to dance for 24 hours straight in a Kitchen Disco Danceathon.

HE reached the final of Strictly and bagged himself a dancer girlfriend in Dianne Buswell – but previously, Joe Sugg was best known for his YouTube channel.

So it’s fitting that during Who Do You Think You Are? he learns his ancestors also communicated ideas around the world. 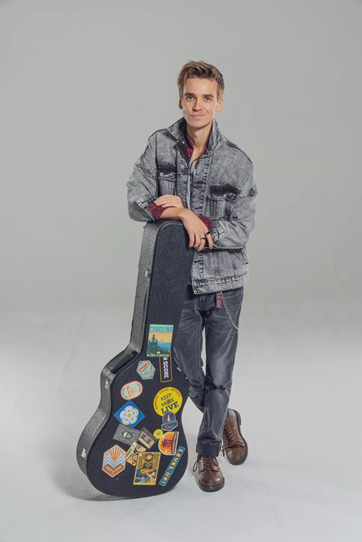 Joe said: “They were some of the first to work with telegrams.

“My 3x great grandfather moved to London to pursue a career and it led him to some great successes despite a lot of unfortunate losses.

“Both sides had really interesting stories involving sneaking their kids to safety from great danger.”

Joe’s episode of Who Do You Think You Are? is on November 16 at 9pm on BBC One.