Any fan of Netflix’s hit thriller show Money Heist will recognise the mark of show creator Alex Pina on his latest effort for the streaming service, Sky Rojo. This new show focuses on three prostitutes, Coral (played by Verónica Sánchez), Wendy (Lali Espósito) and Gina (Yany Prado), who work together in an illegal brothel run by their pimp Romeo (Asier Etxeandia).

With no way out of their current lives, the three girls decide to make a run for their freedom and break out of the brothel.

Their daring escape attempt turns into a game of cat and mouse, as the dangerous criminals are quickly hot on their trail.

But can the three girls outrun them and gain back their freedom? 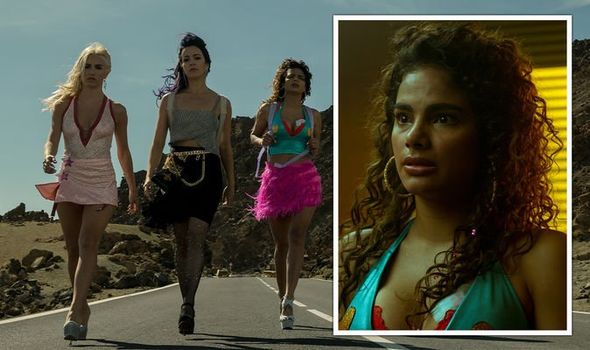 In line with Pina’s previous work, the show is action-packed but all funny in a darkly comedic way.

But with such a serious subject matter, the show is also full of violence, especially since Romeo and his men will stop at nothing to get the girls back.

One of the show’s stars has recently opened about how she feels about the violence and how they filmed one of the most graphic moments.

Gina star Prado said: “They are very funny because before doing the scene, we had to have a choreography. 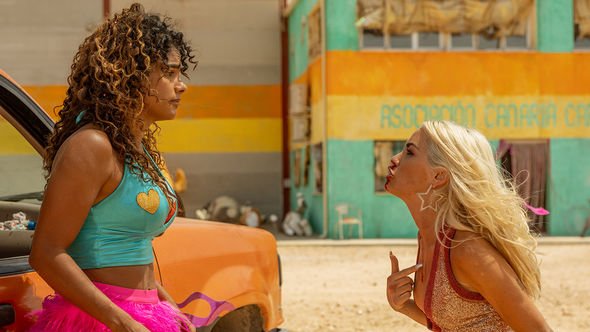 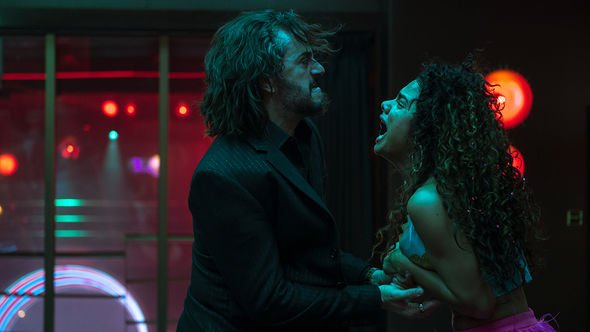 “In fact, my co-stars have a lot of scenes like this, where they had to do the choreography to make everything look organic.”

The actress added: “Obviously, they are tiring scenes, but at the same time fun because you don’t realise that you are doing something that you did not expect you could do.”

One scene, towards the end of the show, when the girls take revenge on their captors, saw Romeo’s head torn off.

“For example, I was shocked by the scene where Romeo’s head was torn off,” she admitted speaking to the Spanish magazine site Espinof.

“That was a show, a spectacle, that whole part is great,” continued Prado.

“I think that there you can see the very well staged choreography of the stunt team and what my co-stars don’t know how to do.”

The dark finale teased by Prado left many fans reeling after they binged the entire first season.

Fortunately, a second season was already confirmed by Netflix so fans can rest assured they will receive answers about the open-ended finale in due course.

Meanwhile, the final season of Money Heist is expected to land on Netflix very soon.

The fifth season will bring the show and the heist at the Bank of Spain to a conclusion.

The show also left its characters in hot water in the season four finale, with The Professor (Álvaro Morte) in particular being in imminent danger as former police detective Alicia Sierra (Najwa Nimri) found his hide-out and pointed a gun to his head.

Will he manage to make it to the end of season five alive?

Money Heist seasons 1-4 and Sky Rojo are available to stream on Netflix.