Home » Spoilers: April fears serious harm in her own home from troll in Emmerdale

Spoilers: April fears serious harm in her own home from troll in Emmerdale 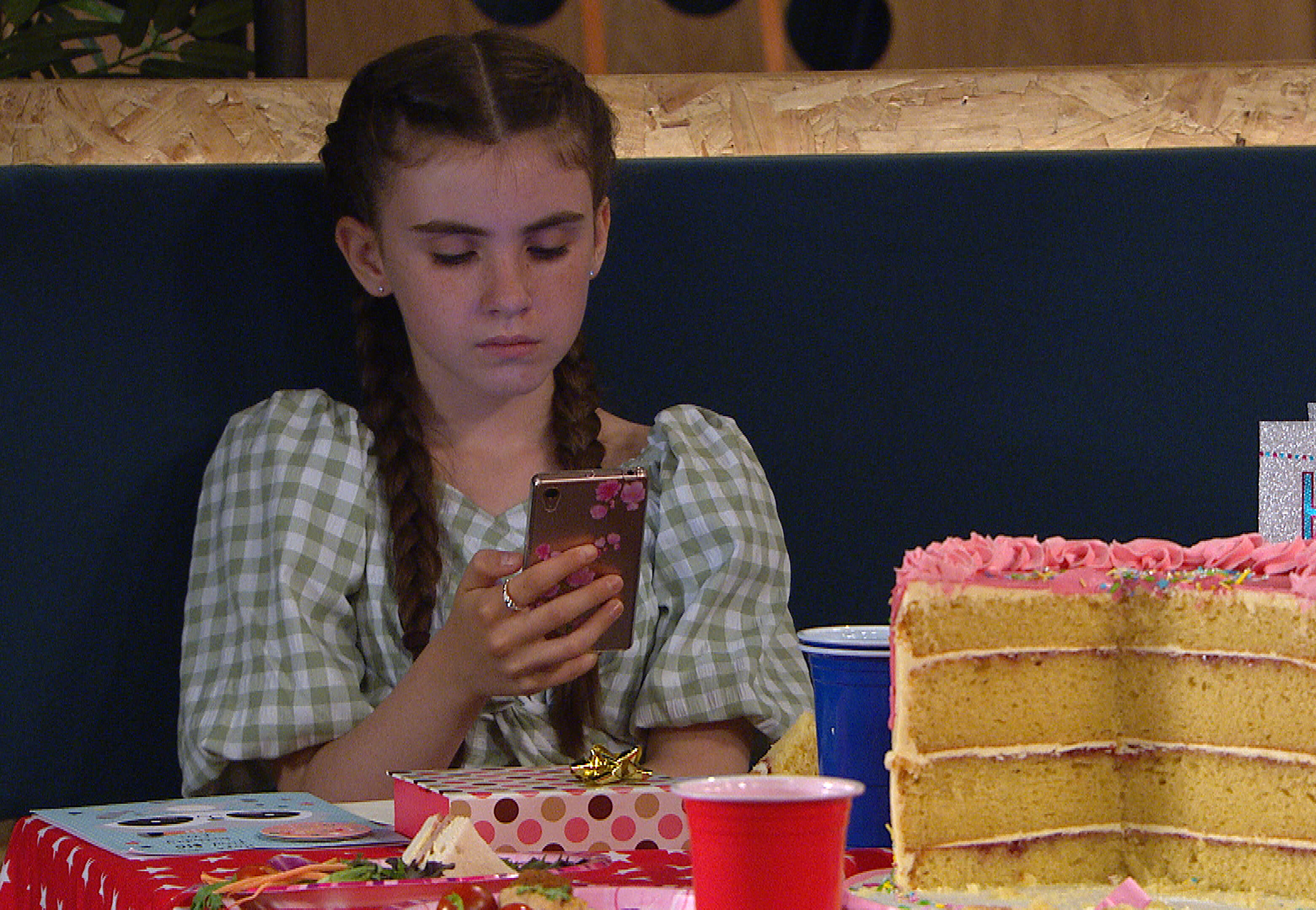 April Windsor (Isabella Flanagan) has faced a horrific few weeks with her trolling ordeal in Emmerdale.

After being sent cruel memes of her dead mother, April eventually told Marlon (Mark Charnock) what was going on.

Out of his depth, Marlon thought taking April’s phone for a few weeks would help settle things down.

However, as upcoming episodes show, things aren’t over yet as April starts to worry her troll will harm her in her home.

April forces a smile for Bob (Tony Audenshaw) and Marlon as she opens her birthday cards.

Talking to Cathy, April admits she’s terrified to be at home.

Opening a typed card from her troll, April realises they’re getting closer, and her despair starts to escalate.

Back at home, April locks herself in and starts to fear her troll will turn up on her doorstep.

But will she be right?

Is April’s troll closer than she thinks?

If she discovers who is behind the nasty account, how will April react?