Home » TV & Movies » Spoilers: Exit scenes revealed for Harvey as he is finally jailed in Corrie

Spoilers: Exit scenes revealed for Harvey as he is finally jailed in Corrie 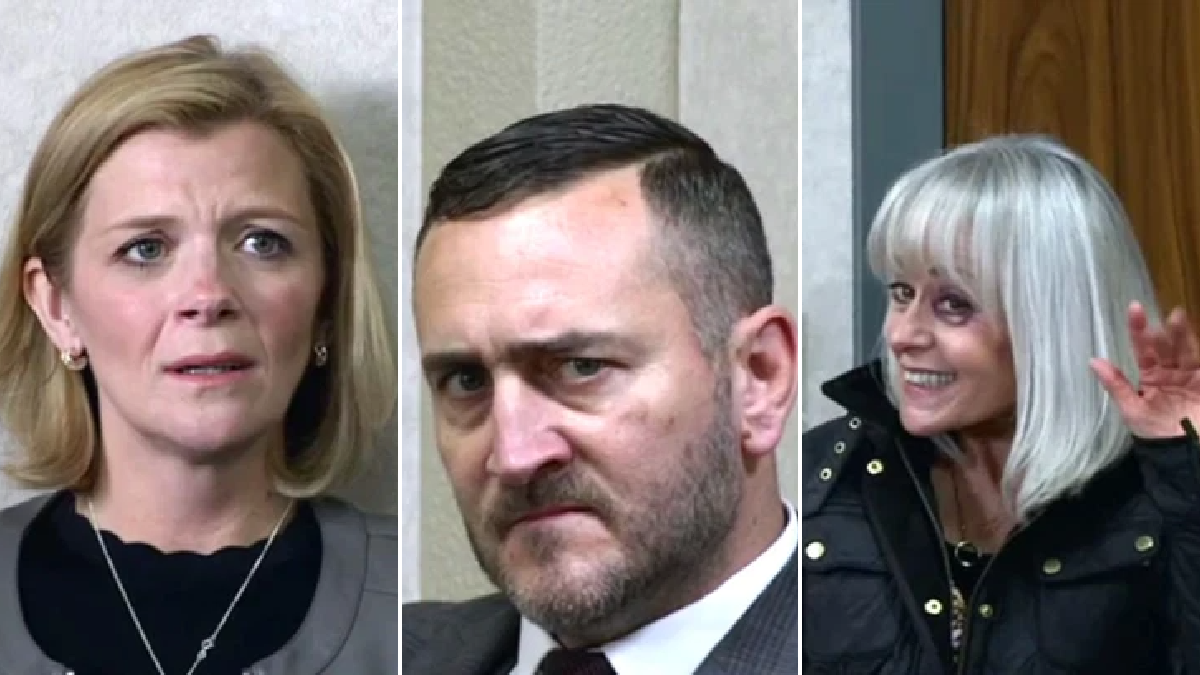 Leanne Battersby’s (Jane Danson) ordeal with Harvey Gaskell (Will Mellor) has finally ended in Coronation Street as the drug lord was remanded in jail tonight.

What began as Simon (Alex Bain) desperately dealing drugs in order to financially help Leanne spiralled into an ordeal that saw kidnappings, gun showdowns and plenty of lives in danger.

Leanne took to the witness box and told the court the full truth about Harvey, despite the fact that she knew revealing everything would potentially lead to more danger.

After Leanne was interviewed, viewers were stunned when DS Glynn revealed Simon wasn’t needed as a witness as Sharon (Tracie Bennett) was going up to replace him instead.

Harvey’s anger grew as Sharon told the courts about her nephew using children as drug couriers.

Tonight (June 25), the court scenes concluded as the jury gave their guilty verdict which led to an angry outburst from Harvey.

The judge explained that, as she didn’t know a lot about Harvey and his ‘attitude to [his] offending’, he would be remanded in custody until she passed the sentence.

Sharon gave a smug wave to her nephew and headed off, and Leanne sat in her chair overcome with relief that at last, the ordeal would soon be over.

As we wait to hear just how long Harvey will get behind bars, can Leanne finally get her life back on track?

And is this really the last we’ve seen of Sharon?