Spoilers: Faith sleeps with Dan amid worrying behaviour over secret in Emmerdale 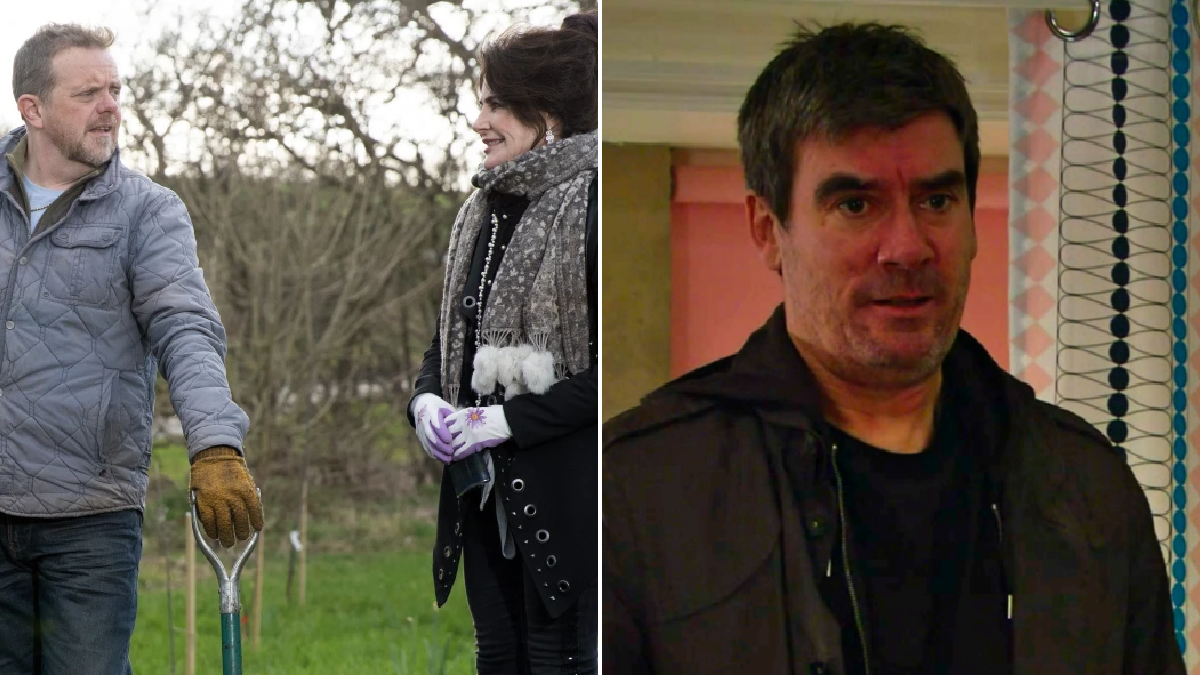 Faith Dingle’s (Sally Dexter) behaviour continued to spiral in tonight’s Emmerdale, as she got excessively drunk before sleeping with Dan Spencer (Liam Fox) in the allotment shed.

This came after Faith attempted to get on son Cain’s (Jeff Hordley) good side by bonding with grandson Kyle with a spot of gardening. Cain agreed that he and Kyle would join Faith on the allotment, but Faith soon got bored and roped Dan in to take over the task at hand.

Eventually, Cain took Kyle home for a snack, and Faith turned to alcohol. After a pit stop at the Woolpack, Faith did at least try to return to her gardening efforts – but this didn’t last.

Viewers then saw her drag Dan into the nearby shed, where it was clear what the pair were getting up to.

Cain later returned with Kyle, who had left his things at the allotment. At that moment, Dan emerged from the shed, and Cain quickly ushered his son back to the car, just before Faith appeared behind him.

Cain was filled with disgust over his mum’s antics with his employee. He raged at her over the fact that Kyle could have seen something, and once again wrote Faith off as she let him down yet again.

Cain’s sister Chas (Lucy Pargeter), who had formed a closer relationship with their mum, was equally horrified. She reminded Faith that Dan used to be her husband (although the union between Chas and Dan was so brief you’d be forgiven for being unaware of that fact).

Faith herself stopped short as she admitted she had never even thought of that, while Chas’s father-in-law Bear Wolf (Joshua Richards) didn’t know where to put himself and swiftly offered to clean up at the allotment.

As Faith claimed she was feeling unwell and requested for Chas to stop telling her off, Chas was unmoved as she berated her mother for ruining things as always.

But could Faith’s ignored declaration be a clue to her worrying behaviour?

We know that Faith likes a drink, but it’s clear that her erratic behaviour isn’t as in character as her family seem to think, as she appears to be distracting herself from something.

But what is wrong with her? And will her loved ones rally round despite all she’s done?