Home » Spoilers: Kat demands to know why Whitney tried to kill her in EastEnders

Spoilers: Kat demands to know why Whitney tried to kill her in EastEnders 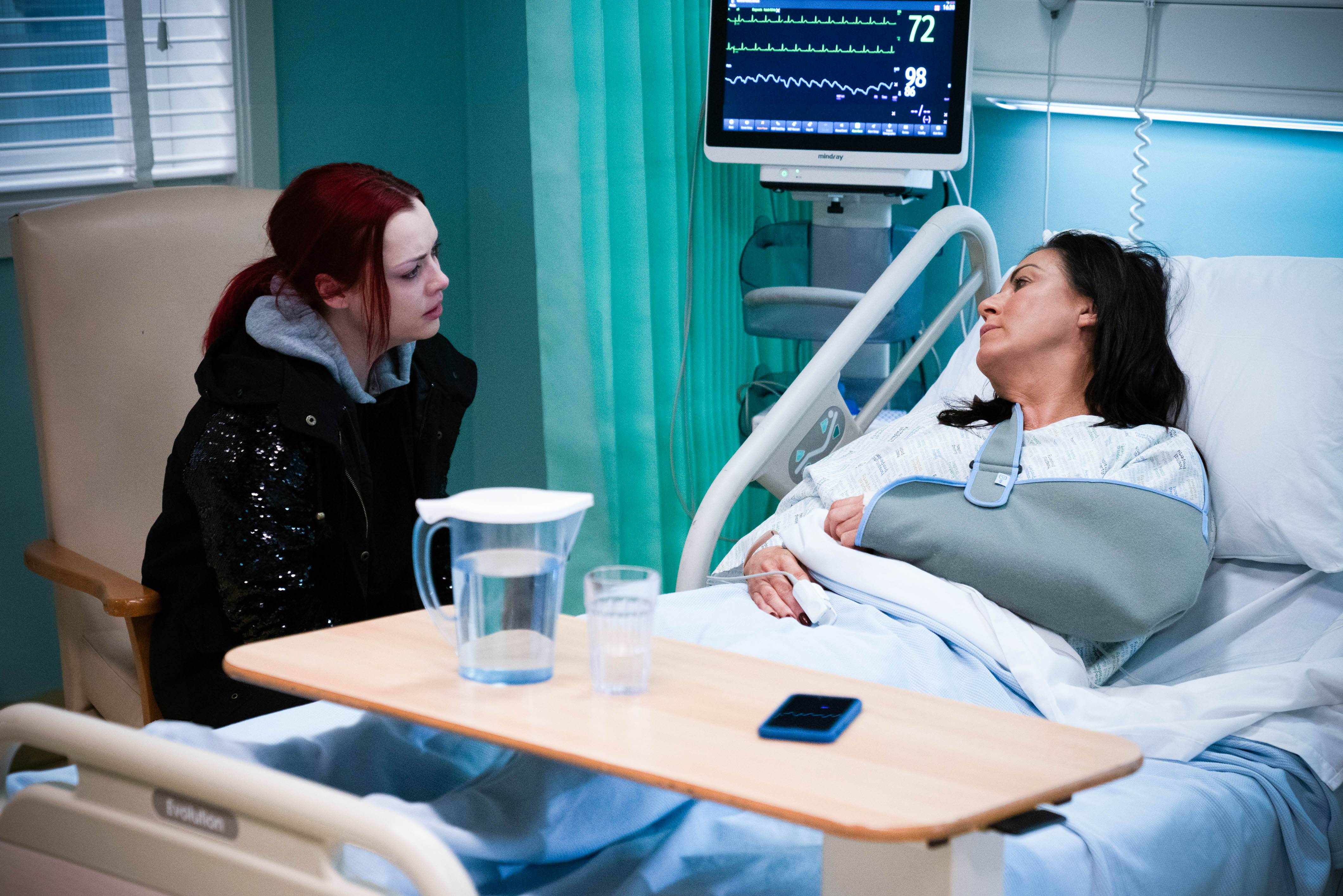 Whitney Dean (Shona McGarty) set about putting a deadly revenge plan into play in Tuesday’s (May 11) episode of EastEnders.

However, as we saw tonight, Whitney’s attempts at trying to make Ben pay for his apparent crime failed as she actually hit Kat.

Ben, Callum and Phil picked themselves up from the road and noticed Kat lying motionless on the ground.

As Gray rushed over, he saw Whitney in his car, and when the police questioned Gray, once again he lied to cover up the truth.

New pictures have been revealed that show the moment Whitney visits Kat in hospital following the hit and run.

Kat questions Whitney, demanding to know why she tried to kill her – but how will Whitney respond? Will Whitney tell Kat about her suspicions that Ben killed Kush?

Given the amount of time Kat has been spending with the Mitchells lately, will she be able to convince Whitney they weren’t involved?

Could this lead to Whitney realising someone else was responsible for Kush’s death?