Home » TV & Movies » Spoilers: Max gets a huge shock as school decision is confirmed in Corrie

Spoilers: Max gets a huge shock as school decision is confirmed in Corrie 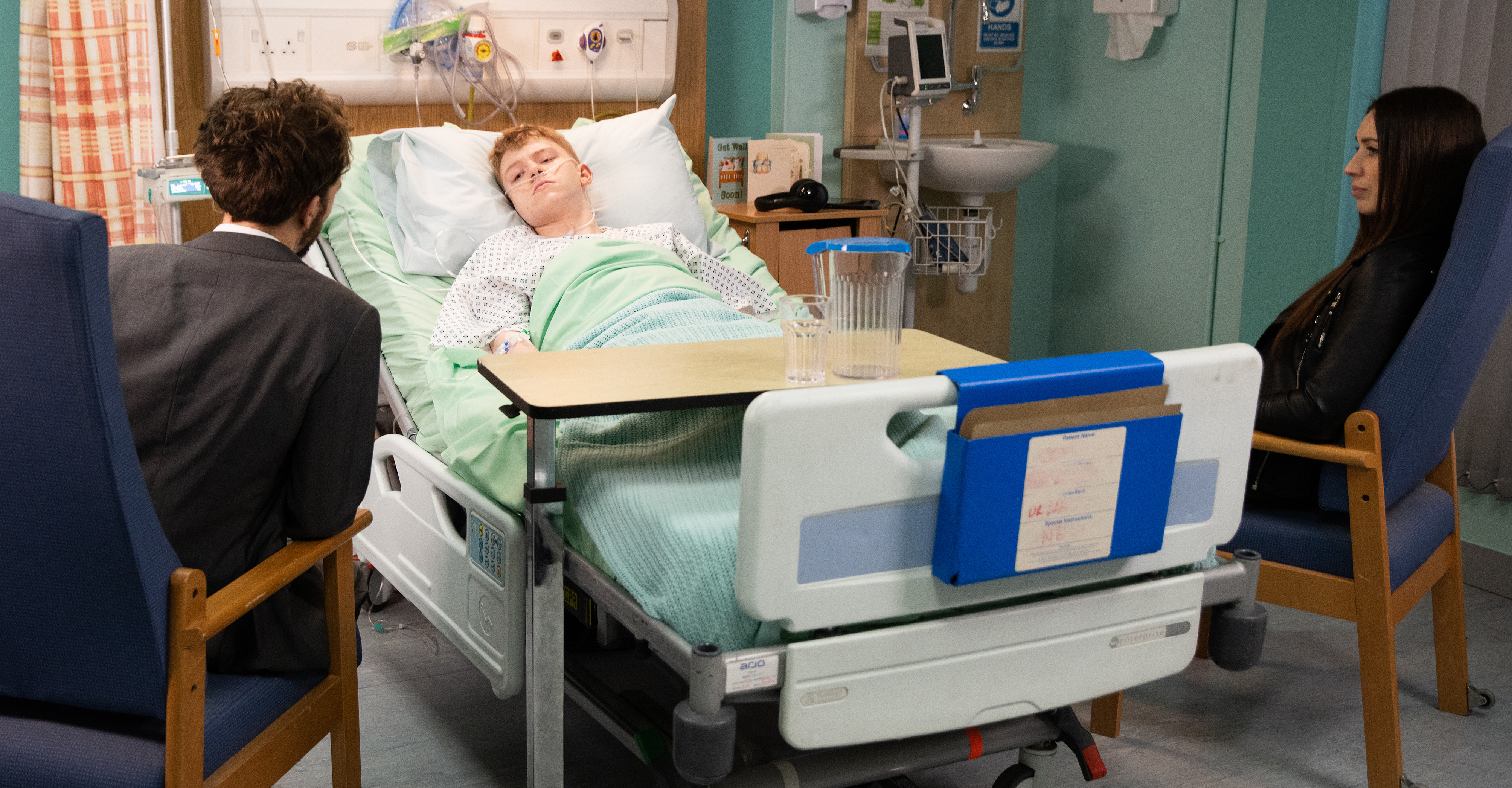 Daniel was certain it’s time Amy (Elle Mulvaney) knew who spiked her drink and told Max he better confess all if not, he will.

Coming up tomorrow, Daniel tells David (Jack P Shepherd) that Amy had a meltdown after misreading one lad’s admiring glances and convinced herself that he was responsible for the drink spiking.

As the week draws to a close, Max finds himself in life-threatening danger as he gets his leg caught on some broken glass and starts to bleed out.

In a new week, David and Shona (Julia Goulding) are told that Max’s operation was a success and he’s in a stable condition.

Terrified about going to prison, the bad days keep coming for Max as he’s later told he’s been expelled from school.

As Max begins schooling from home again, could this make his behaviour even worse?

Or will he finally learn and change his ways?