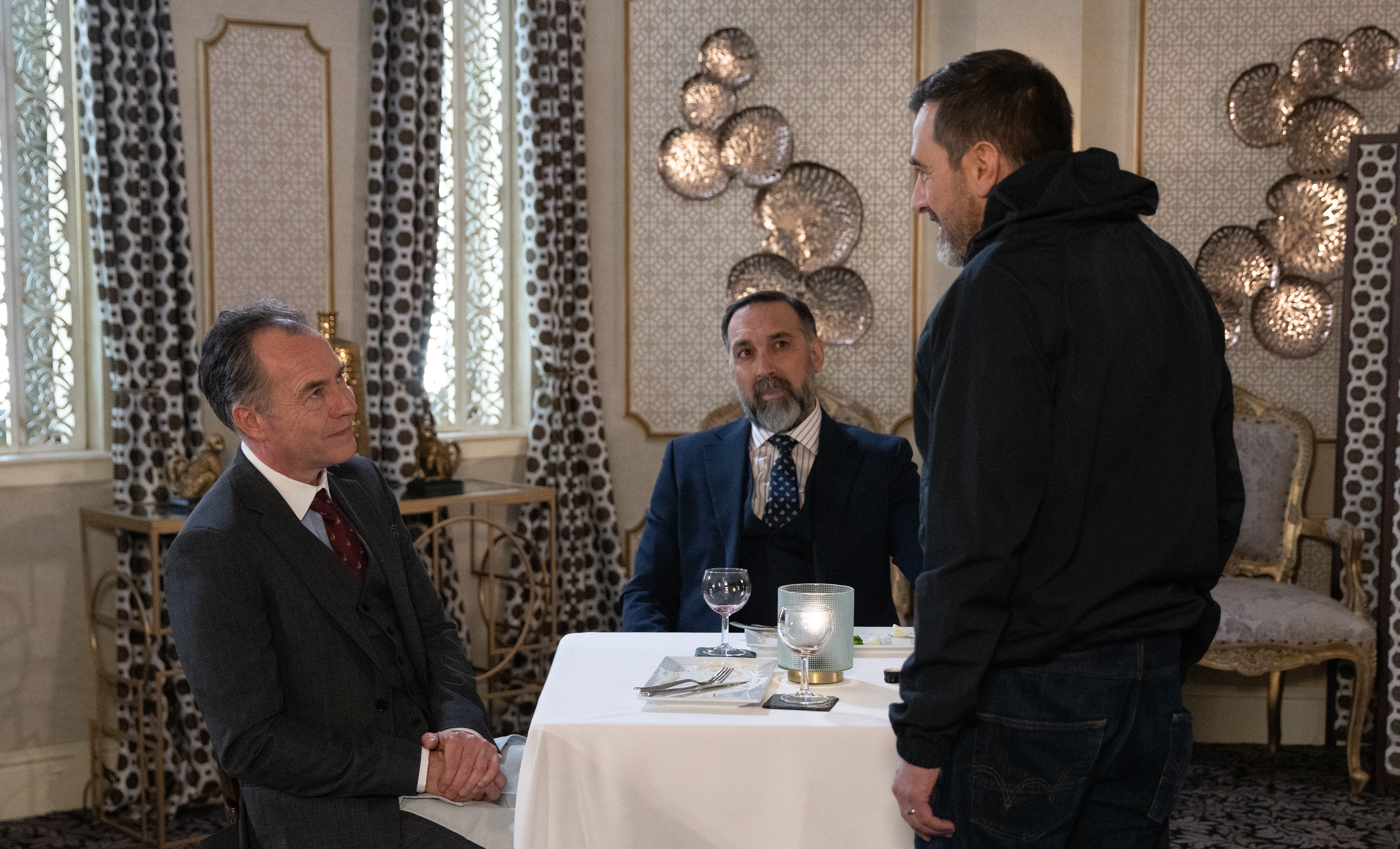 After his operation, many people (including us, yes) thought that was it really. We assumed Peter and Carla (Alison King) would be able to move on with their lives, happily putting the past behind them – but that’s not the case.

Sadly, Peter faces a challenge in upcoming episodes as he’s thrown right back to the weeks leading up to his operation as he discovers something huge.

However, Mr Thorne isn’t as nice as he seems, as viewers recently saw him issue Aggie with a verbal warning, convinced she was trying to make him look incompetent.

To make matters even worse, Aggie then overheard Mr Thorne gloating to a colleague about how he rushed Peter’s op to win a bet.

As a new week begins, Peter discovers what Mr Thorne did and angrily demands an apology.

Declaring he’s going to put a stop to his abuse of power, Peter confronts Mr Thorne in a restaurant.

Mr Thorne takes great pleasure in winding Peter up, causing him to lose it and punch the consultant in the face.

Could Mr Thorne report Peter to the police?

Just how far is this new feud about to go?