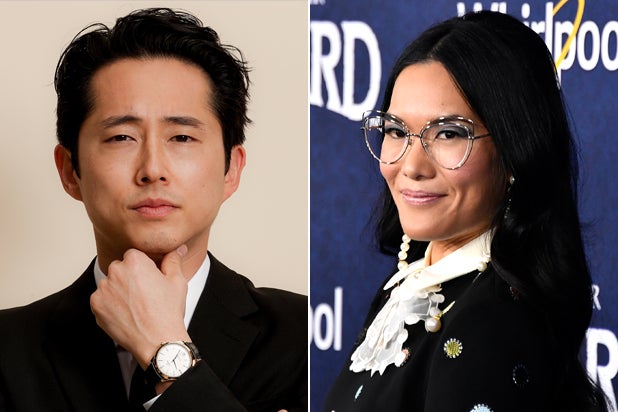 The duo will star in the half-hour series as two people who let a road rage incident burrow into their minds and slowly consume their every thought and action. Lee Sung Jin, a veteran of FX’s “Dave” and Netflix’s “Tuca & Bertie,” is creator and showrunner on the series, which hails from A24.

The role will mark a return to live-action TV for Yeun after moving on from his breakout role on “The Walking Dead” in 2016. He has more recently lent his voice to animated series projects like Amazon’s superhero series “Invincible” and Netflix’s “Tuca & Bertie,” on which he previously collaborated with Lee and Wong.

For Wong, the series follows previous roles on series including “Love, Victor,” “Big Mouth” and “American Housewife.” Wong and Yeun will both serve as executive producers on the project in addition to starring.

“Ali Wong, Steven Yeun, A24 and Netflix. It’s a dream team, and I’m honored to be collaborating with them,” Lee said in a statement. “I’m also grateful to the guy who yelled at me in traffic three years ago. I did not let it go, and now we have a show.”

Added Jinny Howe, vice president of drama development, original series at Netflix: “We are incredibly excited to collaborate with Lee Sung Jin and help bring this rich series to life along with the inimitable Steven Yeun and Ali Wong. Sung Jin has created a bold and at times outrageous world. It is an honest and powerful character study of two people who go about searching for connection in the unlikeliest of ways.”

Yeun recently became the first Asian American actor to receive an Oscar nomination for lead actor for his work in Lee Isaac Chung’s “Minari,” which was distributed by A24.