Stranger Things fans were delighted when season three of the American sci-fi tv show dropped and while many thoroughly enjoyed the twist and turns, some are wondering whether there is going to be another season to follow.

With potential future storylines kept tightly under wraps, there is one person who knows what is inshore for fans.

During a conversation with Entertainment Weekly, lead star Millie Bobby Brown who plays Eleven spoke about the Stranger Things creators, the Duffer Brothers and dropped clues about “knowing things”.

“The Duffer Brothers are like my older brothers,” she began. “So I call them all the time, and I definitely try to press them on little clues and hints.

“I know things here and there, but nothing deep or something I could tell you about.

“If there was a season four,” she teased. “We would be really excited. But right now, we have to see how season three goes and how fans react to it.”

Netflix fans are usually told after the latest series has aired on whether or not they have commissioned future series.

And while fans eagerly await confirmation, the Duffer Brothers have been dropping their own hints.

In an interview with Vulture, Ross Duffer said: “We’re thinking it will be a four-season thing and then out.”

Matt Duffer added: “We just have to keep adjusting the story. Though I don’t know if we can justify something bad happening to them once a year.” 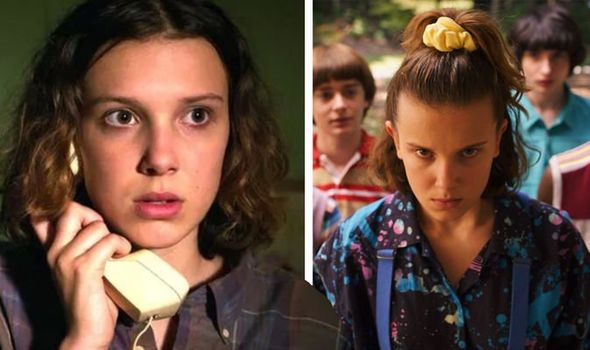 Ross continued: “They’re going to have to get the f*** out of this town. It’s ridiculous.”

With season three having dropped every episode earlier this week, fans are already impatiently calling for a fourth to come to Netflix.

Taking to Twitter to discuss, one said: “I’m so frustrated because I want season 4 now but I also don’t want it because it might be the last season #StrangerThings.”

“I just finished Stranger Things 3 and now I want season 4 🙁 #StrangerThings,” someone else wrote.

Discussing the ending of the third instalment, many commented on the scenes following the rolling credit titles.

In a short sequence, viewers saw Russian soldiers enter a cell before one says: “No, not the American”. The camera then pans to the next cell and drags away a prisoner, putting them into a cage at the mercy of a Demogorgon.

The mention of the “American” has given some fans hope about the fate of Hopper after the horrific blast he endured.

As for whether or not Hopper is the American in question, star David Harbour told Entertainment Tonight: “I mean, I have no idea! I have no idea! I mean that, of course, is my hope too. It seems pretty crazy though.

What will happen in series 4?

He continued: “And then you cut to, what was it? It starts with a ‘K’ or something – some town in Russia, right? Where there’s some American and there’s some other prisoner. I don’t know, I mean it seems strange. I don’t know how though.”

David also spoke about whether or not a fourth season will be commissioned and he commented: “I mean, we should always hold onto hope. We should never let go of hope – but Barb is really dead.”

Stranger Things season 3 is available to stream on Netflix.