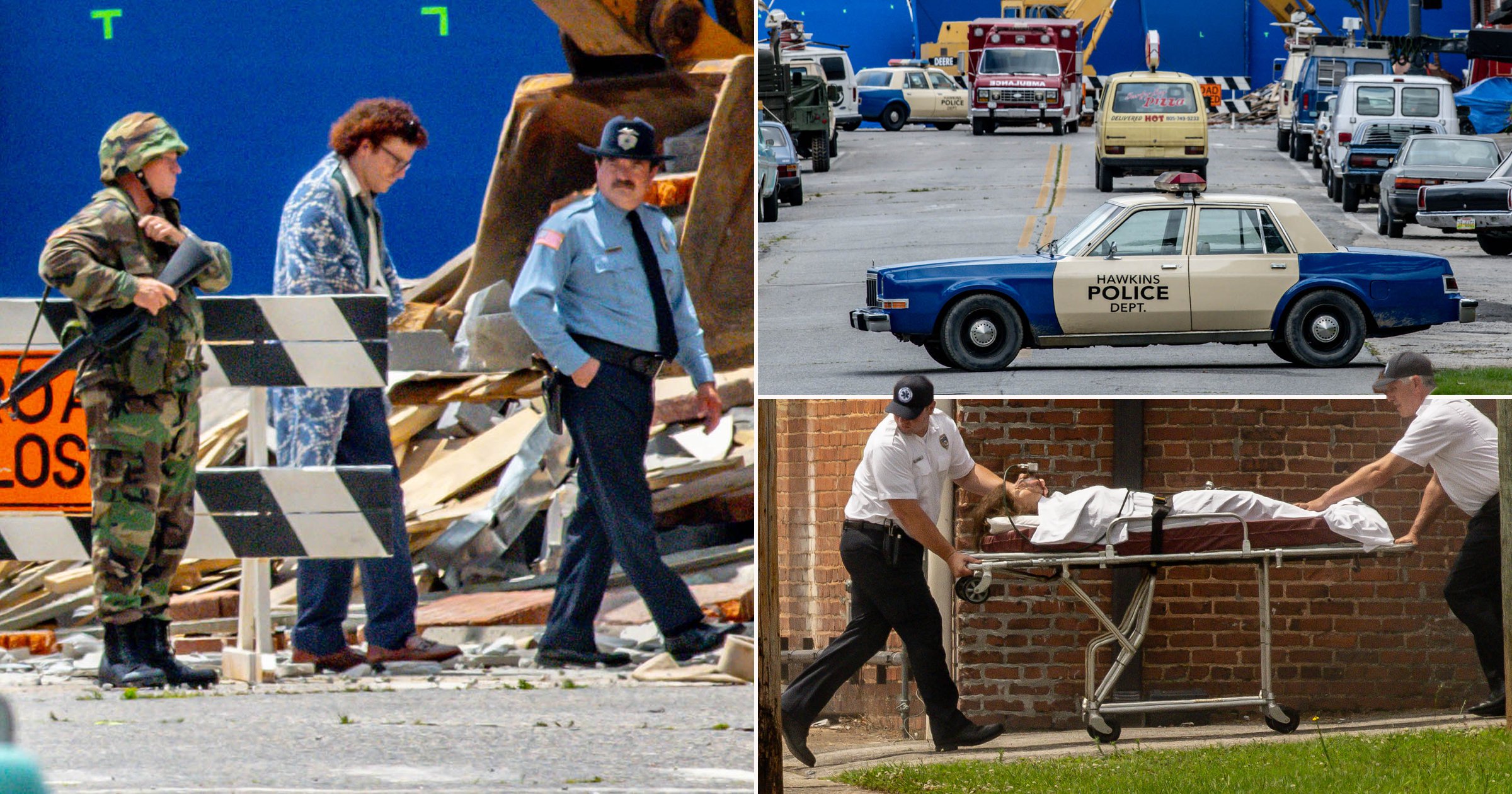 New pictures have been released from the Stranger Things set ahead of season four – and it’s not looking good for Eleven.

The upcoming series of the Netflix drama is currently filming, with photos from set teasing an ominous fate for Millie Bobby Brown’s character.

One snap showed a mannequin version of Eleven being wheeled out of a building on a stretcher, donning an oxygen machine over the mouth.

Another picture showed the aftermath of a building in Hawkins being demolished, with armed guards, police officers and officials analysing the rubble.

One photo saw police cars and a fire engine parked on the streets to deal with the drama.

We have no idea exactly what led to the demolished building and Eleven receiving medical treatment, but we can’t wait to find out.

Bosses have yet to confirm a release date but recently announced that there were some newcomers to Hawkins, with four new stars joining the chaos.

Little else is known about the plot, but fans were given a helpful hint on the new characters – with Amybeth starring as Vicky, a fast-talking cool girl who catches the eye of one of the heroes of the show, while Myles will take on the role Patrick, who is a Hawkins basketball star.

Regina is joining the school as teacher Ms Kelly, while Grace has been cast in the role of Chrissy, who is the lead cheerleader and most popular girl at Hawkins High with a dark secret.

Stranger Things series is available to stream on Netflix.