STRICTLY champion Bill Bailey risked setting fire to the studio after tripping over a pyrotechnic box on the stairs in the final.

Bill, 55, said he almost sparked an explosion when he kicked the electrical box that was rigged up to a studio fireworks display on Saturday night. 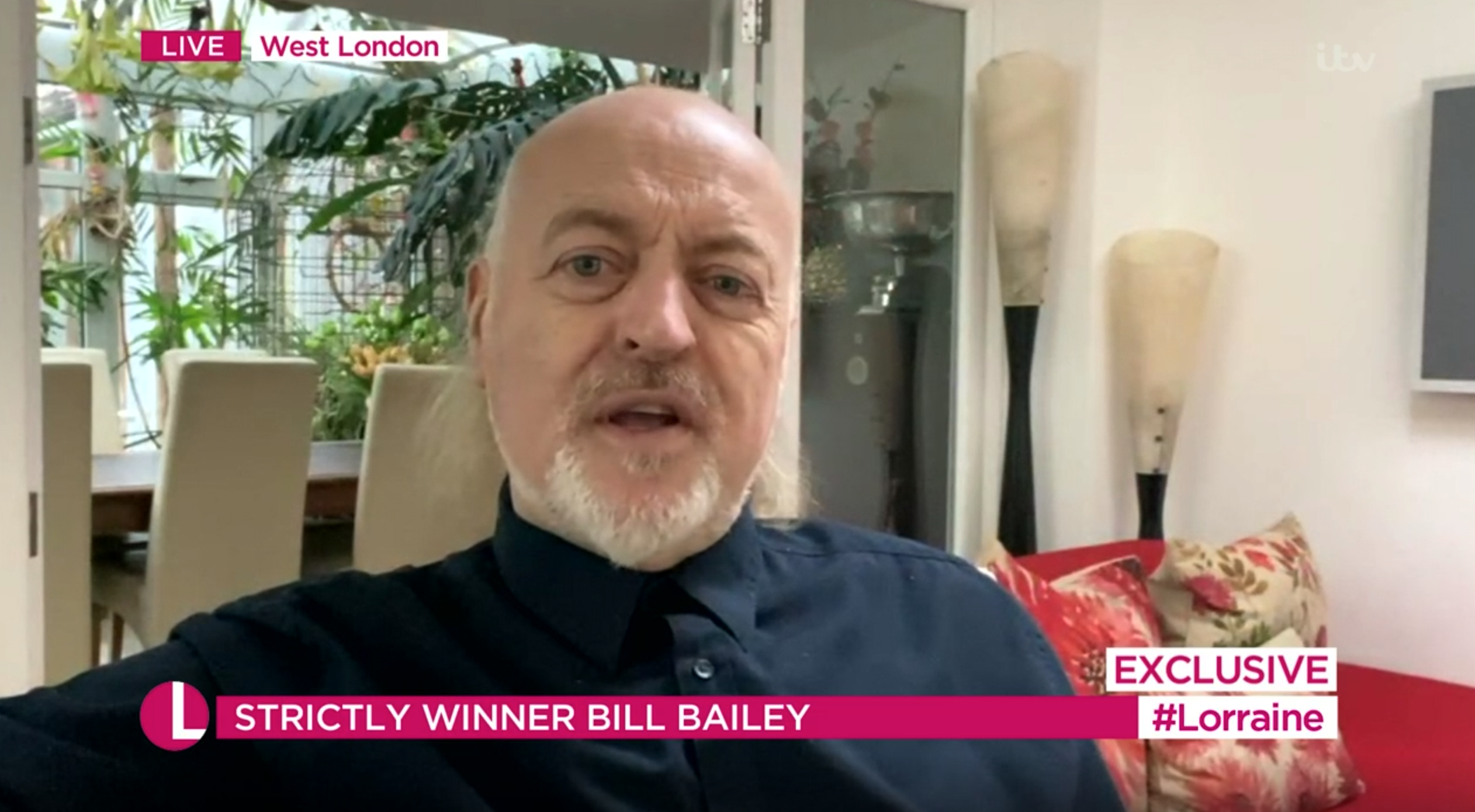 The hit comic, 55, suffered a wobble on the night he won the Glitterball trophy but clung to partner Oti Mabuse to stop him from toppling down Strictly's grand spiral staircase.

Speaking from his home in West London on ITV's Lorraine today, he said: "There was a pre recorded section where we did a walk-down before the live show, Jamie (Laing) and I were on one side and Maisie (Smith) and HRVY were on the other.

"Of course I missed the countdown, so then a stage manager said 'I'll count you in'.

"Jamie and I were like, 'yes we'll be fine. Between the two of us we can count to eight'. 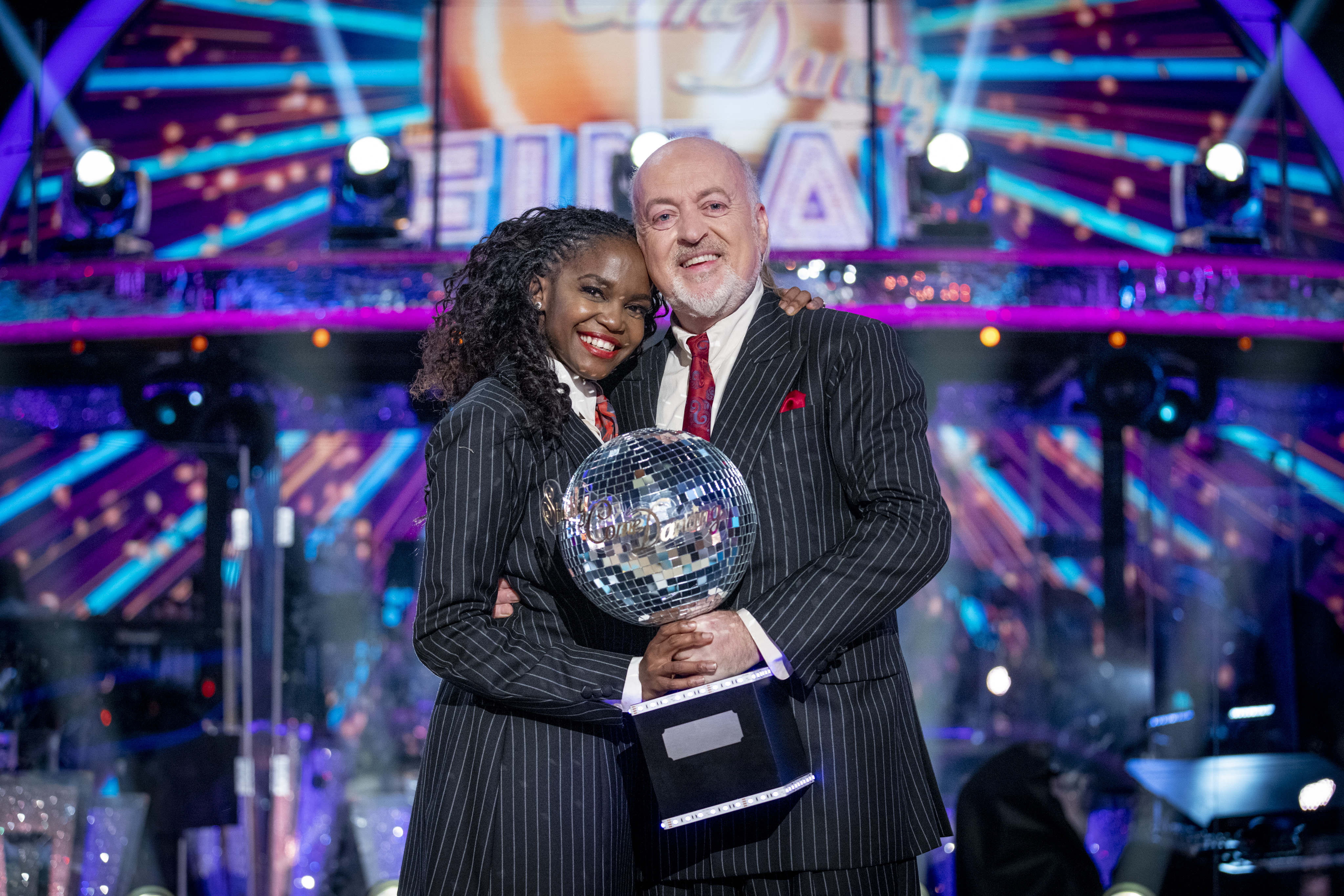 "Just as I said that I kicked over one of the pyrotechnic boxes, tripped over that, nearly fell down the stairs.

"That would be a great way to start the show, Bill Bailey has ignited his trousers, a fire work goes off, I fall over and set fire to the studio."

On Saturday the Black Books star was pictured hanging out a car window with his Glitterball trophy.

Bill dedicated his Strictly win to the UK's dads and told Ranvir Singh, who is stepping in for Lorraine over the Christmas break, that he hoped he had inspired middle aged men to dance. 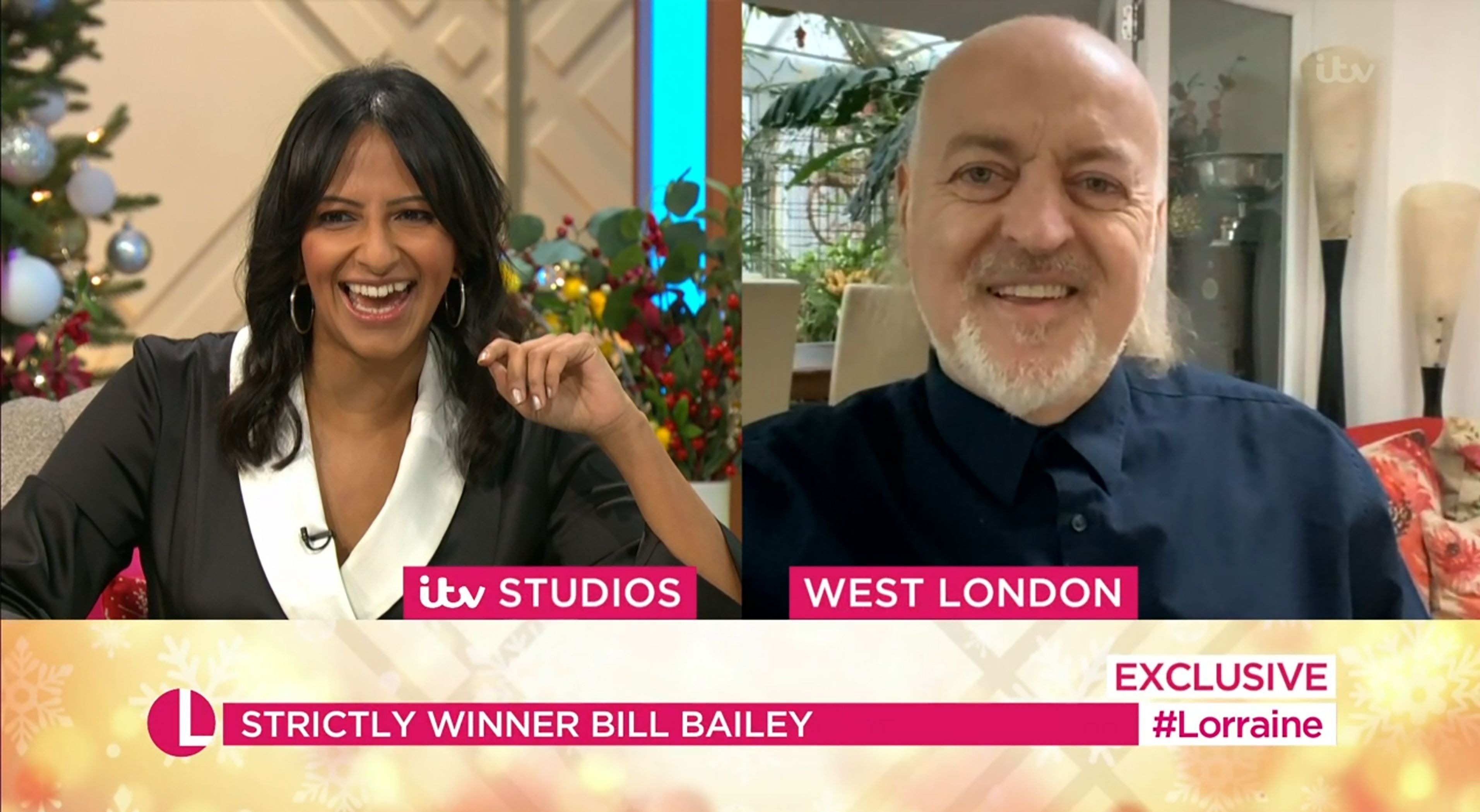 He said: "I think a lot of blokes of my vintage feel self conscious on the dance floor and we all know about dad dancers and that makes men feel nervous.

"What I hope is that me having this success means more men of my age might even take up a dance class or getting fitter."

He also spoke about his late mum and his dad who has been isolating alone since March, saying they were in his mind during the final and inspired him to give it his all. 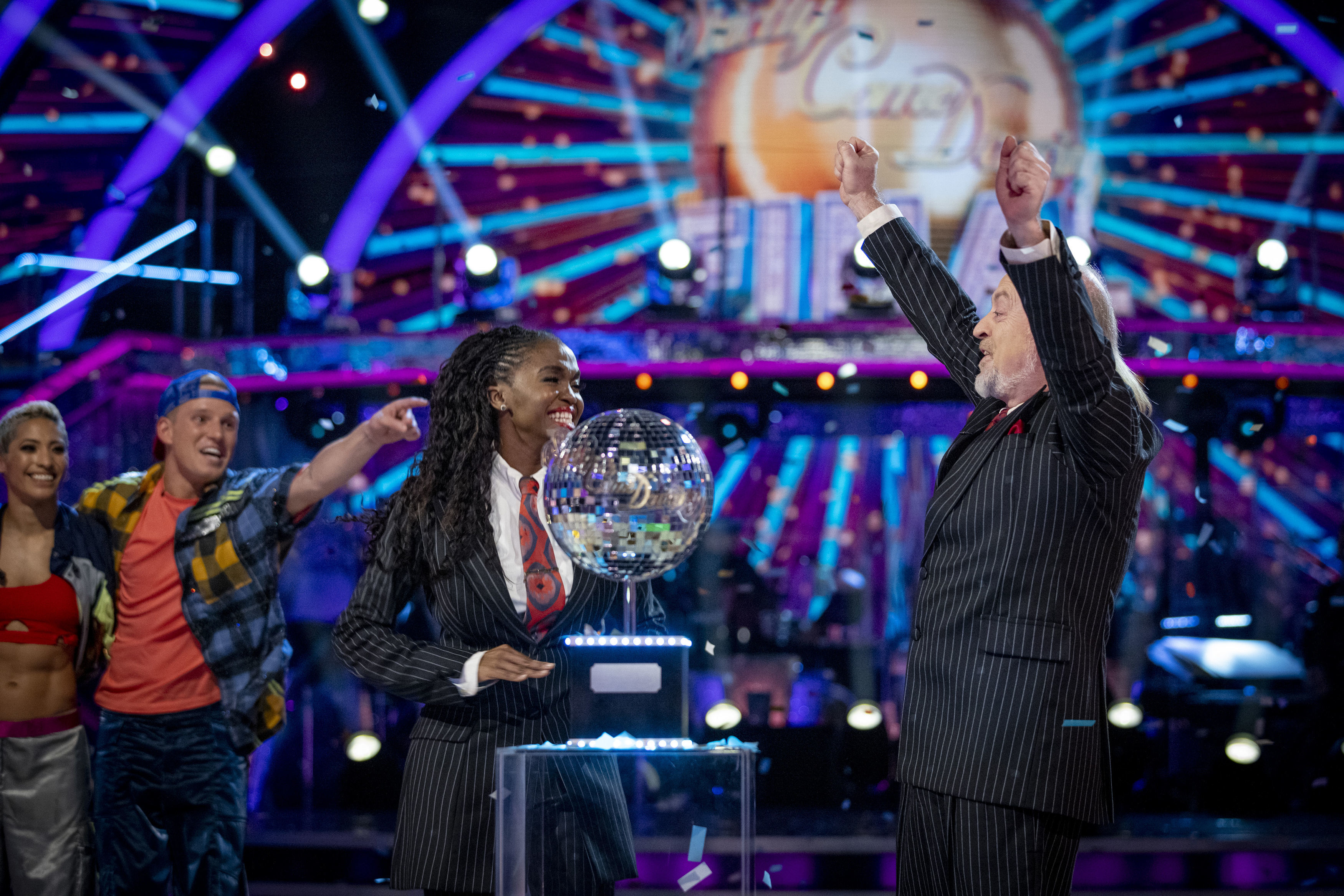 Speaking of his win, he said: "It was quite emotional. it did make me think of my mum who died 15 years ago.

"She loved ballroom dancing, she got me to have a couple of lessons when I was a teenager but I didn't want to do it. She would have been so proud (to see me win) it would have been her proudest moment.

"My dad has been isolating since March and (thinking of him) it almost made me want to give more in the performance."