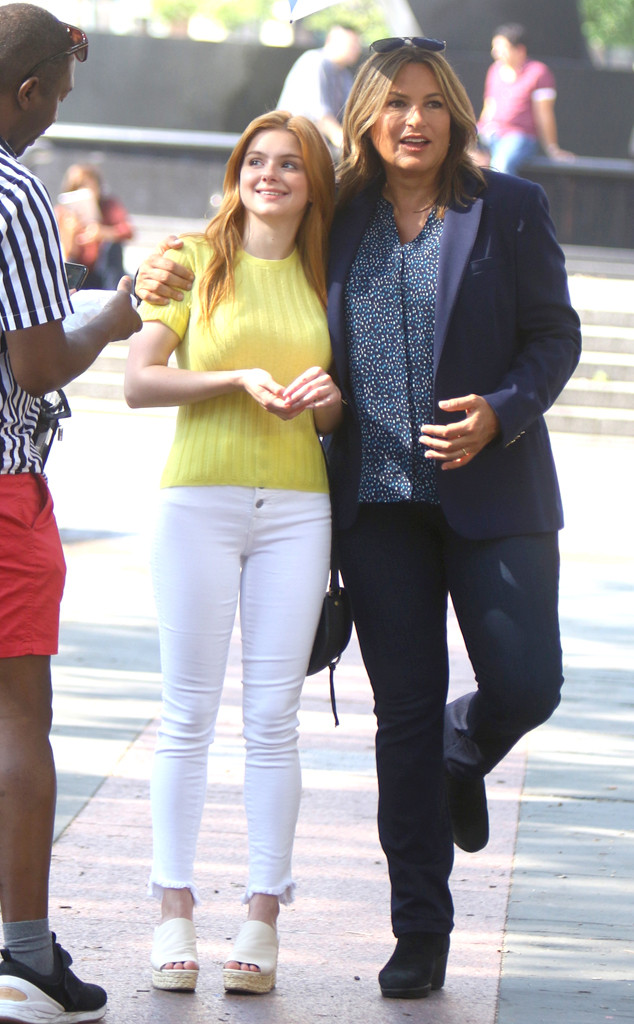 Ariel Winter has a new TV family, the Special Victims Unit. The Modern Family star will pop up in an early episode of the history-making Law & Order: SVU season 21.

Winter teased a new project, as well as new hair, on Instagram. “Filming something new that I’m really excited about,” she teased.

In addition to Modern Family, which will return for an 11th and final season on ABC, Winter’s other TV credits include Sofia the First, Minnie’s Bow-Toons, Jake and the Never Land Pirates, Phineas and Ferb, ER, Monk and Bones.

“I’m deeply proud to be a part of this groundbreaking show, and humbled to make television history today,” Hargitay, who has also directed numerous episodes, said in a statement when the renewal was announced. “The longevity and continued success of SVU is a testament not only to the show’s powerful storytelling and ability to connect with viewers, but to its necessity. We have told important stories for 20 years, and we will continue to tell them.”

Hargitay has been with the police and legal drama since it started in 1999.

“As SVU moves into its third decade, Mariska has become an iconic figure as a star, advocate and crusader for women,” Dick Wolf, SVU creator and executive producer, said in a statement. “She is an enduring champion of the movement to end sexual violence, and dozens of episodes have dealt with the very same issues that have shifted into the spotlight in this country in the past two years. Mariska is a delight as #1 on the call sheet and, to me, a true friend.”

(E! and NBC are both part of the NBCUniversal family.)