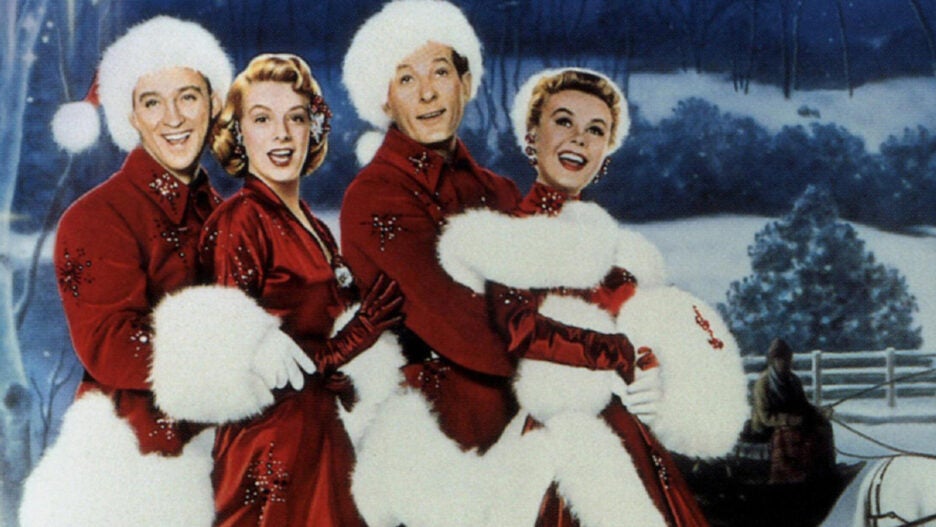 Christmas is merely weeks away, which means lots of hot cocoa, frenzied shopping and wrapping gifts. But the perfect cure for the stress of the holiday season is a great Christmas movie, and there are a handful of solid films currently available to stream on Netflix. Below, we’ve rounded up a curated list of the best Christmas movies on Netflix right now, from bona fide classics to new favorites.

Netflix has its own original Christmas movie franchise in “The Christmas Chronicles.” The 2018 film stars Kurt Russell as Santa Claus and finds him in a pickle when he gets stranded on Christmas Eve. It’s up to a couple of kids to help him get Christmas back on track, and maybe save their own Christmas in the process. The 2020 sequel, directed by Chris Columbus, takes a more fantastical approach to the story and finds Goldie Hawn playing Mrs. Claus, with a storyline that takes place largely at the North Pole.

If it’s a YA rom-com you’re looking for, 2019’s “Let It Snow” is an absolute delight. The entire film takes place on Christmas Eve in a snowy Illinois town and follows the misadventures of various teen characters – a girl who ends up spending the day with a pop star; a girl worried her boyfriend is going to break up with her; a kid planning a big party inside a Waffle House. This one’s charming as all get-out.

The 2019 Oscar-nominated animated film “Klaus” is fun for the whole family, and substantial to boot. Directed and co-written by Sergio Pablos, the film is set in the 19th century and revolves around a postman who’s stationed in the Far North who befriends a reclusive toymaker named Klaus. The film puts a unique spin on the Santa Claus narrative, and boasts a voice cast that includes Jason Schwartzman, J.K. Simmons, Rashida Jones and the late Norm Macdonald.

Writer/director David E. Talbert’s 2020 musical “Jingle Jangle: A Christmas Journey” is a joyous and surprisingly emotional Christmas tale. Forest Whitaker stars as Jeronicous Jangle, a once-happy toymaker and inventor who now runs a failing pawnbroker shop. When his granddaughter comes to visit, however, she lights a spark in him that he hasn’t seen for three decades, and together they battle Jeronicous’ former apprentice (played by Keegan-Michael Key).

If you’re looking for a Christmas movie that’s maybe a bit more adult, Netflix has the very R-rated 2011 comedy “A Very Harold & Kumar Christmas,” which was originally released in 3D. This holiday spectacular finds John Cho’s Harold and Kal Penn’s Kumar saddled with an incredibly ornery Neil Patrick Harris, all while trying to fix their broken relationship. Silliness and sight gags abound.

You can’t go wrong with a classic, and you can’t get more classic than “White Christmas.” The 1954 film stars Bing Crosby and Danny Kaye as World War II veterans who make it big in showbiz, fall in love with a pair of sisters, and follow them to a resort owned by their former commanding officer. This is good old fashioned romantic comedy fun, packed with songs crooned by Crosby and Kaye.

The charming 2001 film “Serendipity” has become an unlikely holiday favorite over the years, but it certainly hits the rom-com sweet spot. The film opens at Christmas and finds two strangers, played by Kate Beckinsale and John Cusack, meeting in New York City. Both are in relationships, but they spend an evening flirting and decide to leave their future up to fate – Beckinsale’s character writes her name in a book and asks Cusack’s character to sell it to a used book store, while Cusack’s character writes his phone number on a $5 bill and uses it to buy something. Years later, both are still in relationships, but can’t stop thinking about one another. Will fate intervene?