The Brady Bunch Reunites For A Very Brady Renovation The Brady Bunch is going home on HGTV.

A Very Brady Renovation is coming to the network, and it’s not just any old home renovation show. After the actual house used for exterior shots on The Brady Bunch went up for sale in early 2018, HGTV managed to outbid Lance Bass for the house and got the actual remaining Brady siblings back together for a show about restoring the home to its former glory and also making the inside look like the set of the house actually did on the show.

Maureen McCormick, Eve Plumb, Susan Olsen, Mike Lookinland, Christopher Knight, and Barry Williams took the stage at the TV Critics Association 2019 summer press tour on Thursday to talk about the new series, which premieres in September, to talk about getting back together for this ambitious project that just so happened to coincide with the 50th anniversary of the show.

Susan Olsen, who played Cindy, recalled being a nine year-old kid who grilled producers about the house, because the ranch-style exterior didn’t match the two-story interior, and producers promised her that if she walked into that house, it would look exactly the same.

“Finally, my mother said, ‘they’re just trying to shut you up, honey,'” she said, and did confirm that now, finally, the two houses match up.

Most of the former Bradys are not experts in renovation, so they’re joined in the show by various stars of the network to fully recreate the Brady house. Eve Plumb, who played Jan, said that HGTV studied every single frame that showed the house to recreate it exactly, even when it came to Alice’s bedroom, which only appeared in two episodes. Each Brady got their own room to work on, and they kept the finished rooms a surprise from each of the other cast members.

Plumb explained that they were involved in every aspect of the renovation, helping to find fabrics and source materials. Lookinland said he fully constructed cabinet from scratch, with some help from one of the HGTV experts. 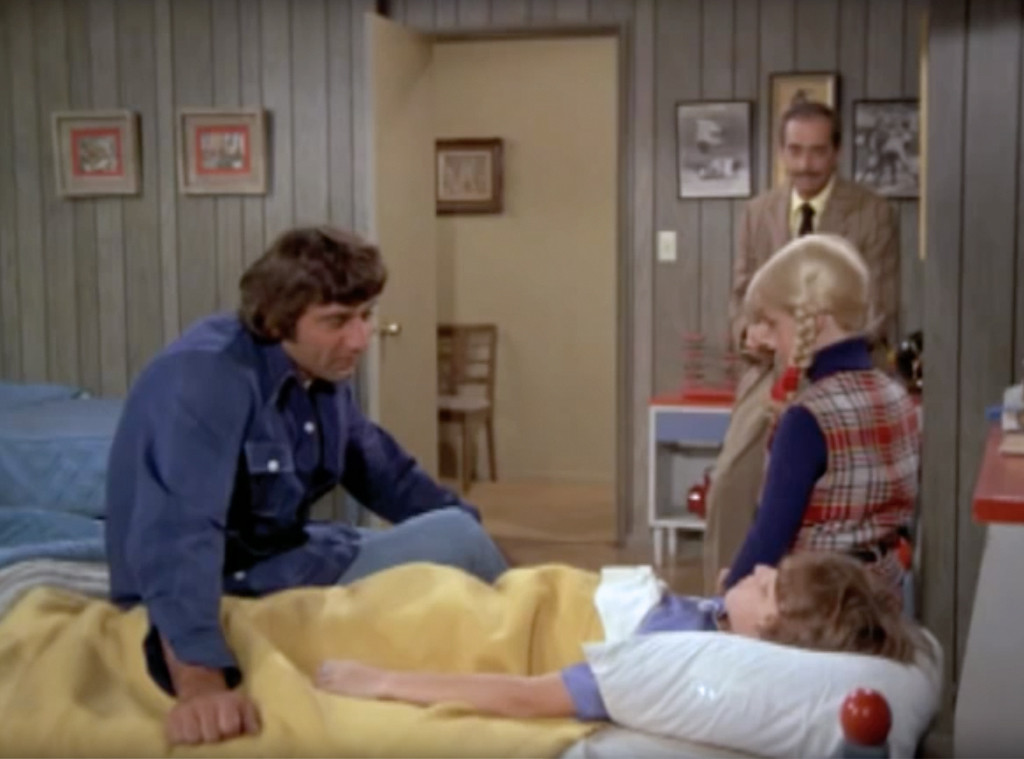 Barry Williams, who played Greg, reiterated how kind of perfectly this whole thing came together. HGTV had the house before they had a single cast member involved, and somehow they got six former Brady schedules to work together.

“There are so many elements that had to come together to make this thing work,” Williams said. “It was crucial that we have everybody, if we didn’t have every single person on this stage on that show, no show. Very hard to do, amazing that it was done. It had to do with each of us understanding that this was a project we wanted to spend our time on.”

Williams also spoke about remembering the cast members who have passed, including Florence Henderson, Robert Reed, and Ann B. Davis.

“One of the things that’s nice about recalling the experiences is that we are the surviving members of the cast, and we can feel the presence of Robert Reed and Florence Henderson and Ann B. Davis in these rooms that are being created, through the memories…so through clips, then, we can share their presence and what a significant part of our show they are,” he said.

“And they would have loved it,” added Lookinland.