Home » 'The Chi': Why Jacob Latimore Says He's 'Not as Toxic' as Emmett

'The Chi': Why Jacob Latimore Says He's 'Not as Toxic' as Emmett

Actor Jacob Latimore currently plays Emmett Washington on Showtime’s The Chi. Throughout the show’s four seasons, fans have watched his character juggle multiple jobs, women, and children. Most recently, he and his wife, Tiffany (Hannaha Hall) have had multiple relationship problems, including infidelity.

Although Latimore can admit his character has some more growing up to do, he says his real-life romantic life is drastically different. 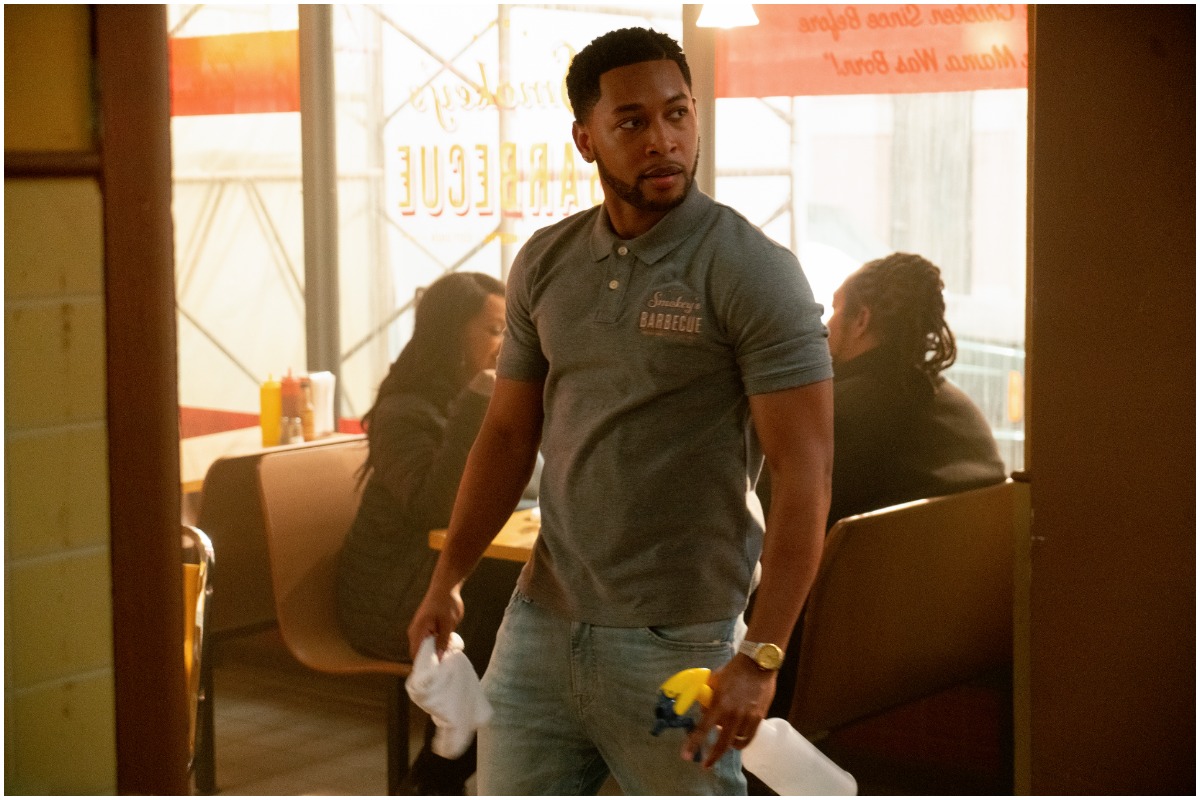 How ‘The Chi’ actor Jacob Latimore differs from Emmett

Before The Chi, Latimore made a name for himself as a working actor and singer. He starred alongside Forest Whitaker and Jennifer Hudson in 2013’s Black Nativity, per IMDb. Additionally, Latimore appeared in a Will Smith movie, Collateral Beauty, in 2016.

In an interview with The Grio, the Detroit star explained the significance of taking on The Chi. Latimore said more people noticed him for his character during the discussion shortly after the series debuted in 2018. He also claimed that, contrary to popular belief, he and Emmett have different approaches to women. According to Latimore, he’s “not as toxic” as his alter ego, but doesn’t mind defending Emmett.

“I think everybody’s sort of rooting for him, but I can’t lie, his mistakes are just fun to watch because it’s so relatable,” he said. “You realize his weakness for women like most young men, it’s just–the show is just too real.”

What happened to Emmett on ‘The Chi’?

When The Chi fans first met Emmett in the Jan. 2018 pilot, he was struggling to find his way. The teenage father had multiple babies with different women and lived at home with his mother, Jada (Yolonda Ross). However, Emmett started working for Brandon’s (Jason Mitchell) food truck in season 2. While juggling a gig at Sonny’s, Emmett also began launching his restaurant in the same neighborhood.

As Emmett’s career flourished, his personal life changed. After several years of dating, he and Tiff got engaged. Unfortunately, Emmett cheated on Tiff before the wedding day with his co-worker, Dom (La La Anthony). After they broke off the affair, he confessed what he did to his new bride. Soon, Tiff decided they need to have an open marriage and carried on a romance with her friend Dante (Cory Hardrict).

Before his character’s season 4 drama, Latimore explained to CBS News that Emmett fans would see a “different dynamic” to him in the new episodes. The actor also stated that he was grateful for the opportunity to develop the character further.

“It’s incredible because I’ve been able to put a lot of myself in the character,” said Latimore. “I’m really goofy and funny, and I’ve been craving a character like this where I can just be myself. I wanted to show my personality a little more. I’ve done a lot of dramas and films like Detroit and Collateral Beauty. I had to bring the tears to the screen, and you will see a different dynamic from Emmett this year because he has to go through a lot this year. Overall, it’s been fun to be the light of the show. To be comedic, smiley, and fun, it’s dope.”

In 2019, Latimore stopped being a single man. That year, The Last Summer actor was seen out and about with Empire actor Serayah. The pair collaborated on a song together titled “Caught Up” and have been inseparable ever since. Most recently, they celebrated Serayah’s birthday at a skating rink.

“Happy Birthday Ray! 😍” Latimore captioned under a series of Instagram photos. “The Queen said she wanted to skate w/ her Family & Friends. We made it happen. Love you. ❤️ @serayah.”

The Chi airs Sundays on Showtime.