Filming for The Crown Season 5 has reached one of Princess Diana’s most well-known events, and fans on Twitter can barely contain their excitement.

Elizabeth Debicki, who will portray the People’s Princess beginning in Season 5, was recently spotted filming Princess Diana’s appearance at a June 1994 gala at the Serpentine Gallery in Kensington Gardens. In new pics from the set, which you can see here, Debicki wears a recreation of the little black dress by Greek designer Christina Stambolian that is popularly known as the “revenge dress.”

The form-fitting dress, which hit just above the thigh and had an off-the-shoulder sweetheart neckline, had reportedly sat in the Princess of Wales’ wardrobe for three years before the event, due to concerns that it may have been “too daring” for royal standards. She decided to wear the LBD to the gala after her previously planned look, including a Valentino gown, was leaked to the press, per People. 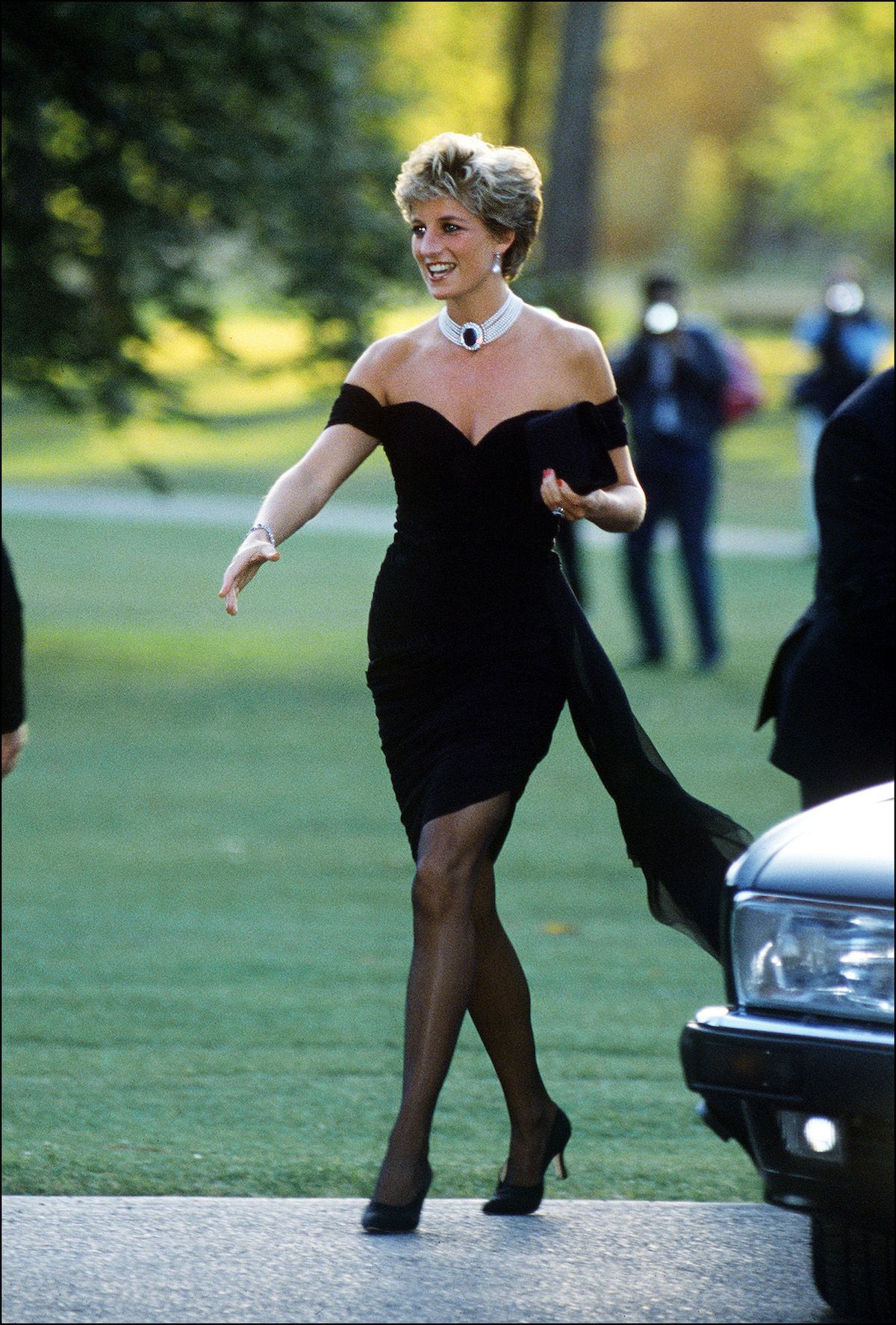 Princess Diana made a statement with her appearance at the event, which took place on the same night that Prince Charles admitted that he had been unfaithful during their marriage on national television. Rather than cancel her public appearances, Diana grabbed the public’s attention with a look that went against royal protocol, as off-the-shoulder necklines are typically discouraged at royal appearances.

The Crown is known for its detailed re-creations of the royal family’s looks, and the “revenge dress” is no exception. With the new look at the iconic Diana moment, fans have gotten even more excited for the upcoming season. Here’s some of the best Twitter reactions to the new set pics.