THE final Love Island dates started with a bang last night – with Teddy Soares asking Faye Winter to be his GIRLFRIEND and Tyler Cruickshank sweeping Kaz Kamwi off her feet.

Last night two of the remaining couples got to enjoy a romantic day outside of the villa as the final of the ITV2 show fast approaches. 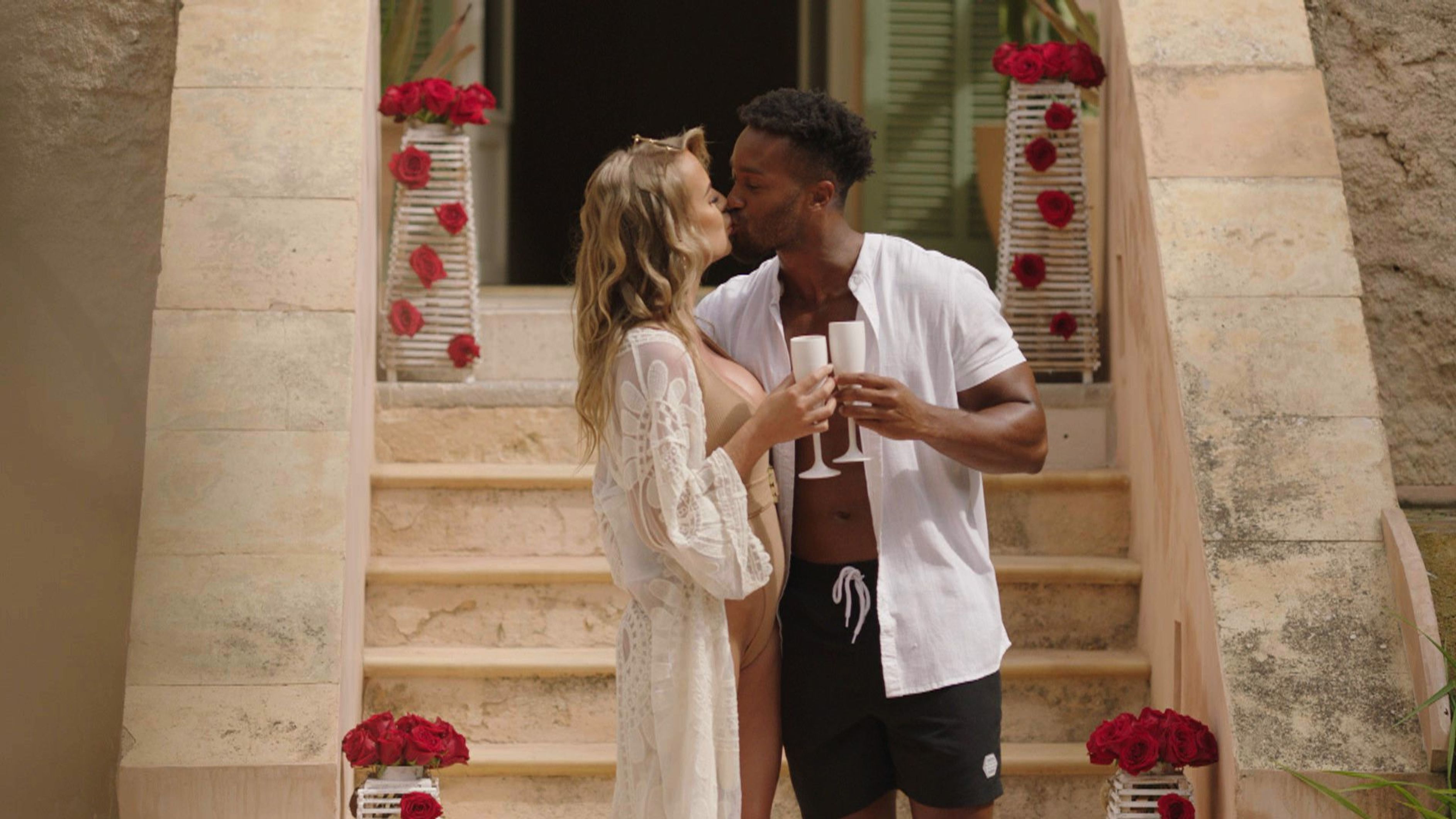 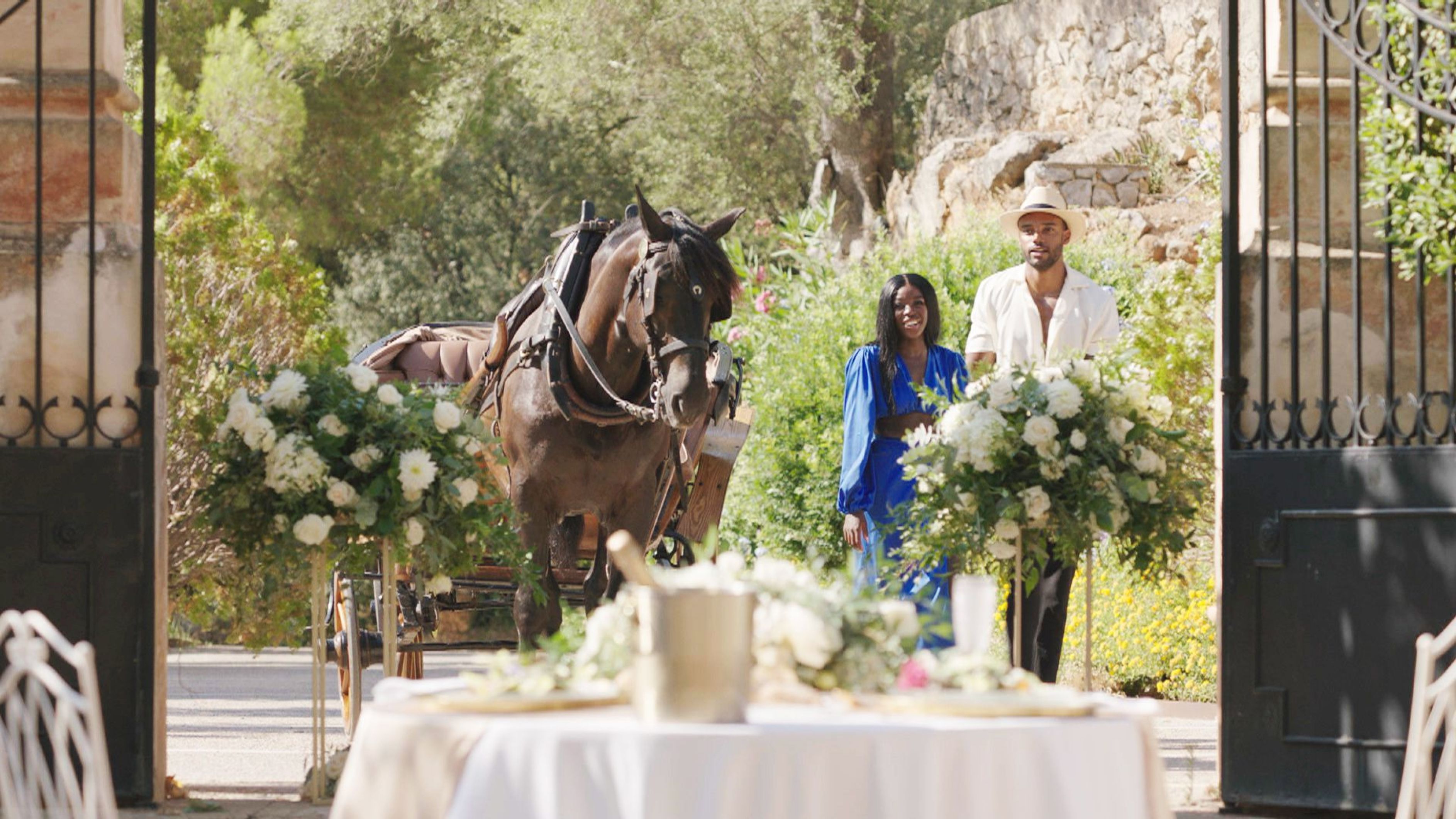 First up tonight was Faye and Teddy.

The estate agent, 26, received a text as soon as they woke up which read out: "Faye and Teddy it’s time for your final date. Please get ready to leave the villa #rosetotheoccasion #balivibes."

The pair – who have had a rocky ride during their stint in the villa – arrived at a private pool filled with red rose petals.

Despite a rough few days after they were voted least compatible by their fellow Islanders, the couple opened up about their feelings.

After Teddy was pictured kissing another girl in Casa Amor, Faye flipped and decided that she didn't want to be with him anymore – despite not knowing the full story.

During their final date she told the hunk: "I thought I just needed to stay on my own, and I wasn’t going to open up to you but it’s one of the best things I’ve ever done.

"From there, we’ve had our ups and downs, more so my fault than yours… I was almost waiting for that opportunity for you to f*** up so I could run instead of falling for you.”

Teddy replied: “I knew, in the back of my mind, we needed it to realise how we can recover from s*** situations.”

At the end of their date the senior financial consultant knew that he waned to take their relationship to the next step.

Teddy asked Faye to be his girlfriend and of course, Faye said yes.

When they arrived back, the two couldn't wait to tell everyone that they've hit a new milestone in their relationship.

Later on in the day Kaz received a text that said: "Kaz and Tyler please get ready to leave the villa for your final date. #yourcarriageawaits #lordandladyloveisland."

TAZ FOR THE WIN

The fashion blogger, 26, and estate agent, 26, also haven't had an easy ride.

After the dreaded Casa Amor, Tyler returned with Clarisse Juliette, meanwhile Kaz decided to couple up with Matt MacNabb.

However the pair couldn't ignore their feelings for each other.

For their date, Kaz wowed in a royal blue maxi skirt co-ord, while Tyler opted for a cream shirt, black trousers and a sun hat.

The two were treated to horse-drawn carriage, which whisked them off to a candlelit dinner with live music.

They spoke about what was next for them, with Tyler admitting he's excited for her to meet his loved ones.

Tyler told her: “I honestly can’t wait to begin our journey on the outside. Obviously there is a next step… which is kind of like the elephant in the room a little bit.

Kaz replied: “Everyone around us is moving at a different pace, and that’s fine.

"For me, I’m so tunnel vision. I look at our journey, I’m not in a race, I’m not looking to compete or to compare us to everyone else.

However love wasn't in the air for everyone last night.

Liberty Poole, 21, and Jake Cornish, 24 – who have been together since day one – called it quits on their relationship.

Things haven't been right between the two since footage of the water engineer saying he didn't want to rip his girlfriend's clothes off was played out into the villa on Movie Night.

Since then she's questioned everything the Weston-super-Mare lad has done during their time on the show.

Tonight Liberty reached boiling point after he told her she gave him the "ick" because she was messy.

The Nandos waitress left the villa in tears and told Faye that something in her heart wasn't right.

She later confronted Jake about her feelings and fans were left fuming when he "refused to fight for her" during their breakup.

Although it was revealed earlier today that Love Island axed their final date, tonight's preview showed something very different.

In a first look at Friday's instalment, the couple enjoy a romantic afternoon onboard a yacht in the Mediterranean sea.

When they get back to the villa they ask the Islanders to gather at the firepit, with many fans convinced they are willing to give their relationship a second chance. 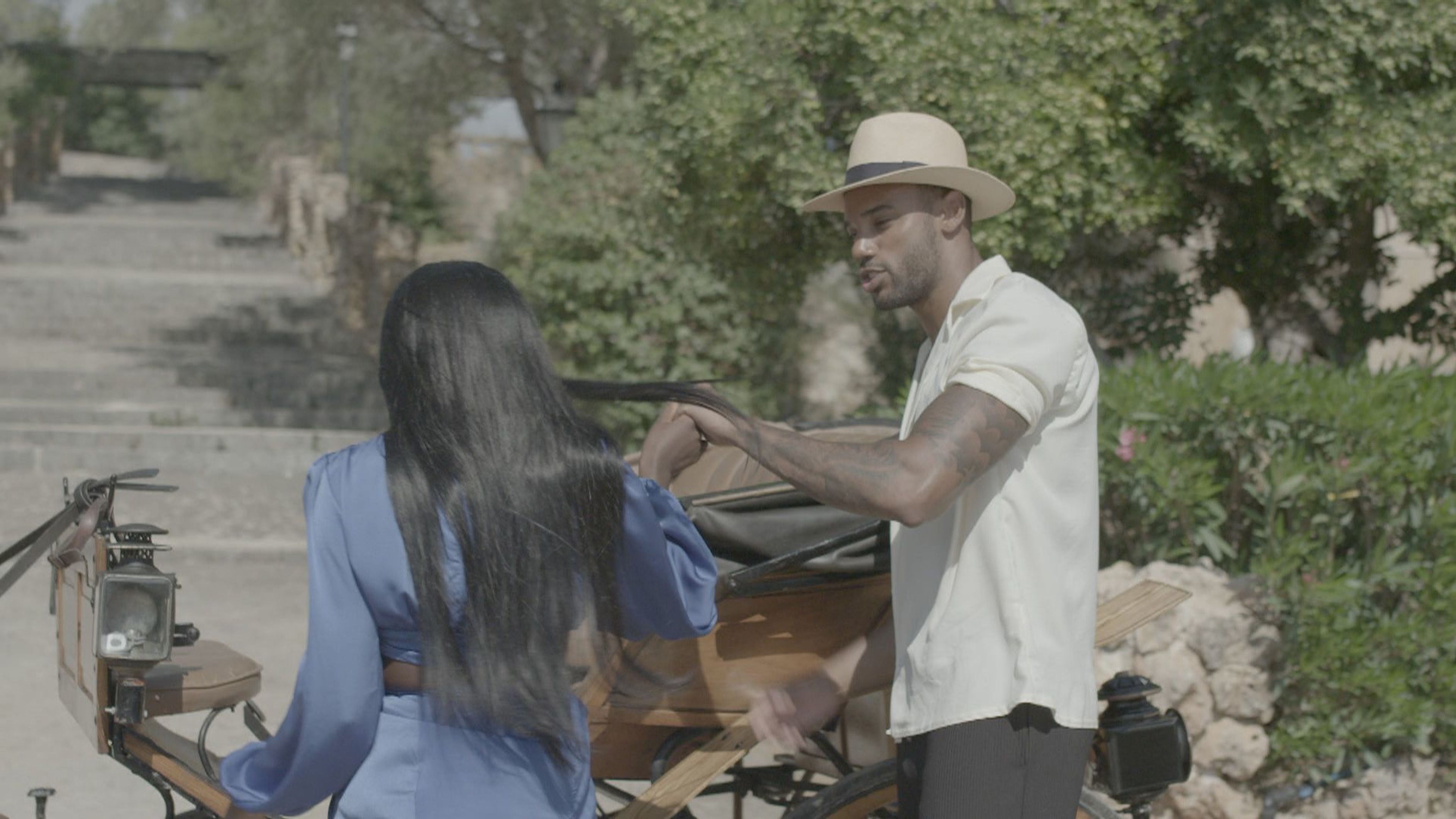 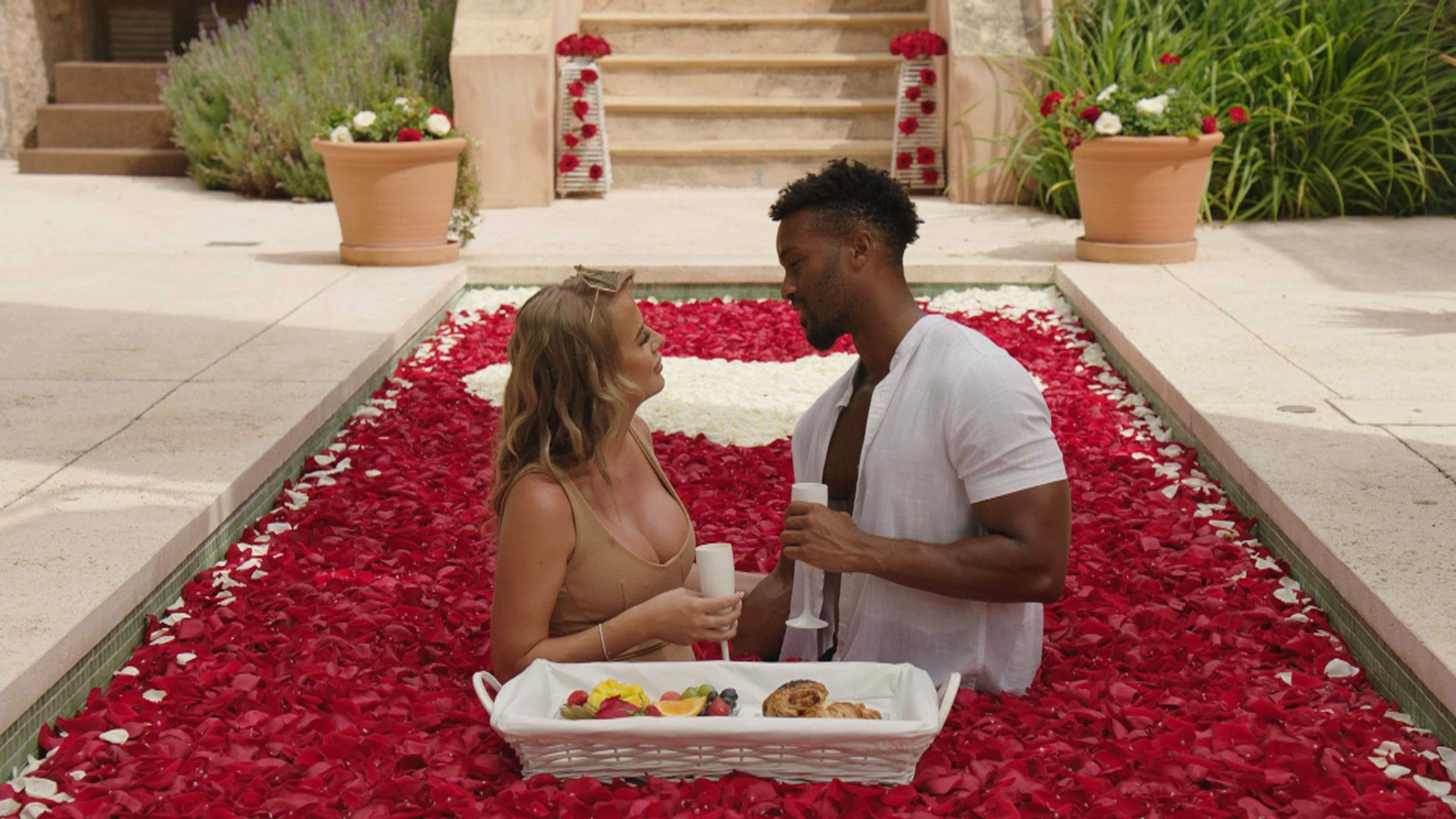 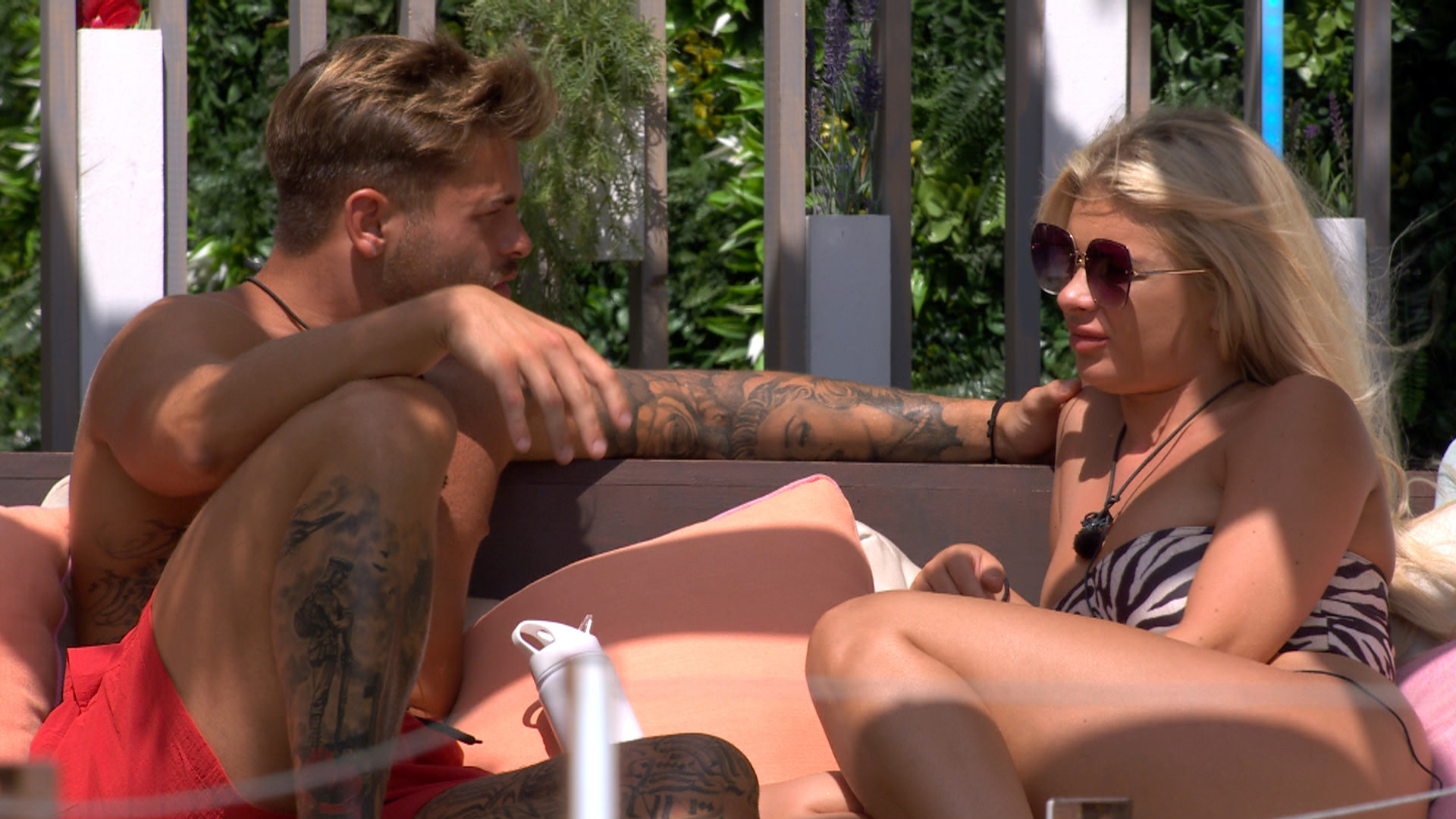