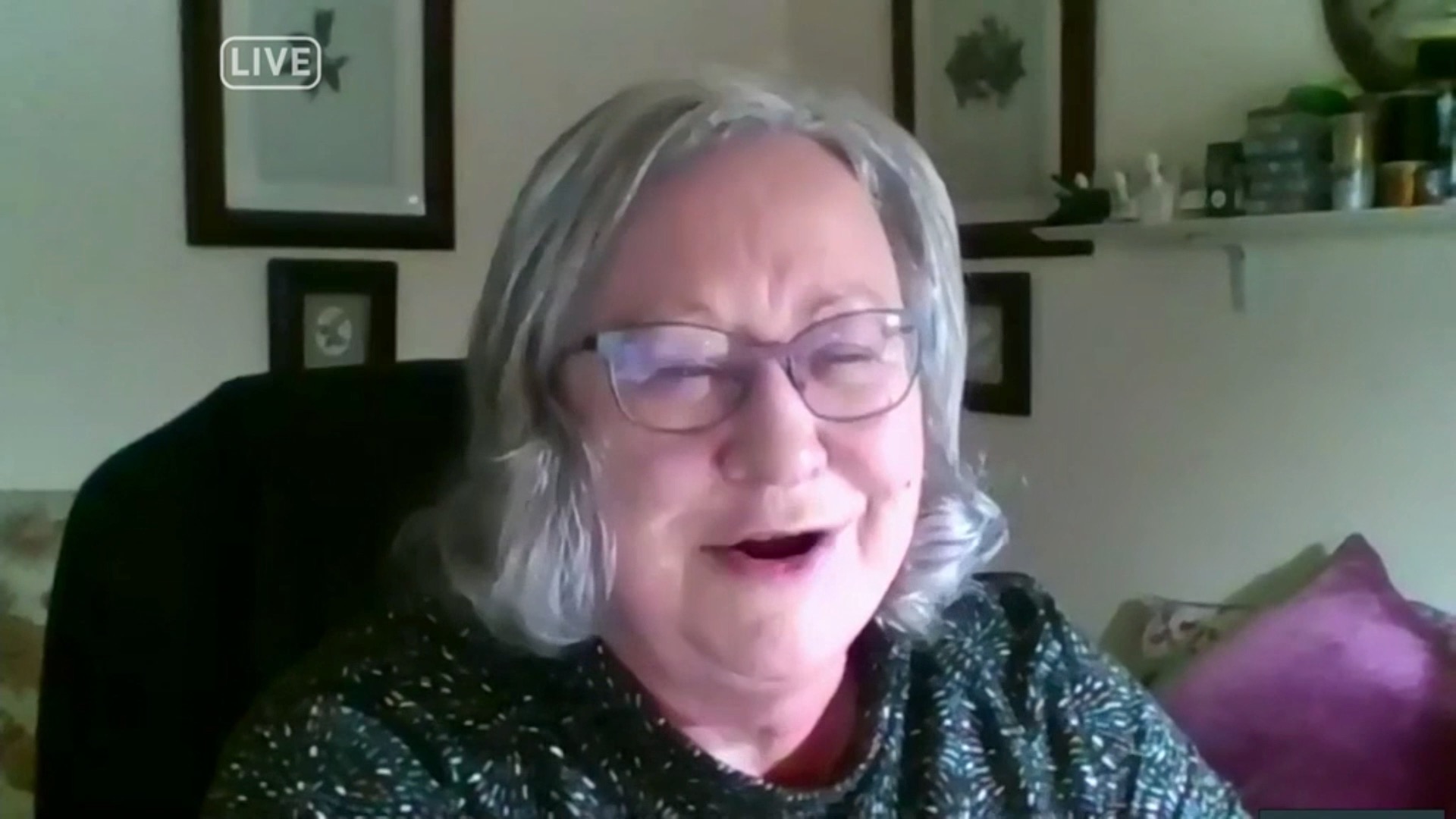 The Last Leg viewers were full of praise for online sensation Jackie Weaver when she made a ‘hilarious’ appearance on tonight’s show.

Yesterday, a video of Jackie taking part in a chaotic Zoom call with several other people from Handforth Parish Council began circulating widely on social media after Jackie – the meeting clerk – placed council chair Brian Tolver in a virtual waiting room after he told her to ‘stop talking’, saying ‘you have no authority here’.

This infuriated vice chair Aled Brewerton, who yelled at her to ‘read the standing orders’.

After going viral, Jackie was invited to appear on The Last Leg, where she chatted with presenters Adam Hills, Josh Widdicombe and Alex Brooker about her overnight fame.

As they greeted Jackie over Zoom, Josh told her that he was a ‘lifelong fan’. ‘Your life or mine?’ she quipped.

Following her admission that she ‘doesn’t really know’ what Twitter or ‘trending’ means’, Alex asked her whether she gained her ‘zero tolerance’ approach from ‘family zoom quizzes’.

‘It’s actually kind of a bit like a cross between trying to help families resolve their issues and hostage negotiations,’ she joked.

While guest Sandi Toksvig commented that Jackie would be ‘marvellous’ in government, Adam stated: ‘Where were you in the Brexit negotiations?’

When asked by Alex whether she would ever consider going on Strictly Come Dancing, she said that she would rather watch professional dancer Anton du Beke on the show.

The Last Leg viewers were highly entertained by her humour and quick-witted comebacks.

The Last Leg returns next Friday at 10pm on Channel 4.