‘The Mandalorian’ Reaps Bounty From Marketing Partners Prime For Home

EXCLUSIVE: With all the tentpole release date changes, it’s been quite an erratic time for studios and their promotional marketing and merchandising partners during the pandemic. This has created supply chain issues whereby those goods attached to a movie have been triggered to go sooner than expected, i.e. Warner Bros.’ Wonder Woman 1984 Doritos campaign rolled out this summer in grocery stores, despite the pic moving off its June theatrical release date a while ago. If you happened to be walking down the aisles in Walmart you’d also notice toys on the shelf for once intended summer pics, i.e. Paramount’s Top Gun: Maverick Matchbox aircraft carrier set and action figures for Illumination/Universal’s Minions: The Rise of Gru.

On the other hand, streamers don’t have to worry about the pandemic impacting the release dates of their highly coveted titles, and Disney+’s promotional partner campaign for season 2 of The Mandalorian has gone off without a hitch.  The lineup of advertisers pushing their wares and co-promoting the Jon Favreau and Dave Filoni series rep the streamer’s post prolific to date.

“All of these best-in-class partners have products and services that are so organic and complementary to the viewing experience at home,” says Lylle Breier Disney’s SVP of Global Marketing Partnerships & Promotions about the lineup assembled for The Mandalorian season 2.

Unlike previous motion picture tentpoles, The Mandalorian season 2 doesn’t have a long list of promo partners. The reason being is that the studio’s m.o. here was to curate a group of marketing partners which could help tell the Mandalorian story the best. In addition, internally, Disney has a number of synergy opportunities within the conglom, i.e. check out this TV spot below which does double duty to push ESPN Monday Night Football and The Mandalorian season 2. 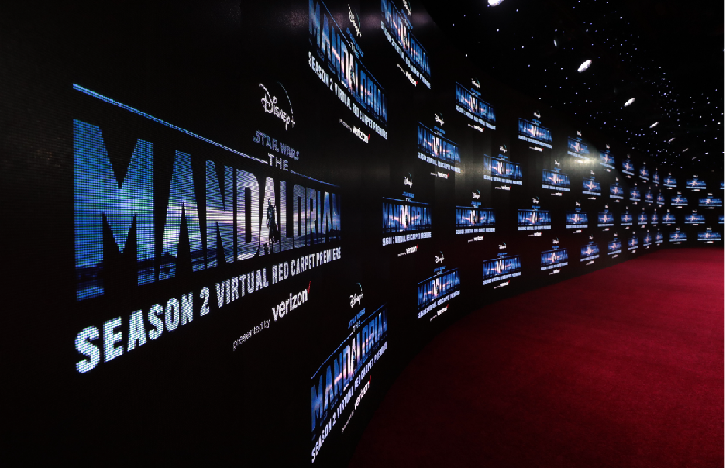 Last year, the main marketing promo partner for all of Disney+ was Verizon which remains a platform partner. The telecommunications company has had a great history with Disney’s Star Wars movies and lined up alongside Mando as a key sponsor of The Mandalorian season 2 virtual premiere. In regards to recent promo partner campaigns for the streamer, Disney+ lined up Cesar dog food for Lady and the Tramps last year and Coca-Cola and World Central Kitchen for the July 4th debut of Hamilton. Coca-Cola made a $1M donation to World Central Kitchen. An 11-minute promo featurette entitled ‘Dinner and a musical!’ highlighted the musical’s star and creator Lin-Manuel Miranda and chef José Andrés who spoke about the non-profit and their work in providing meals in the wake of natural disasters, as well as to the homeless. 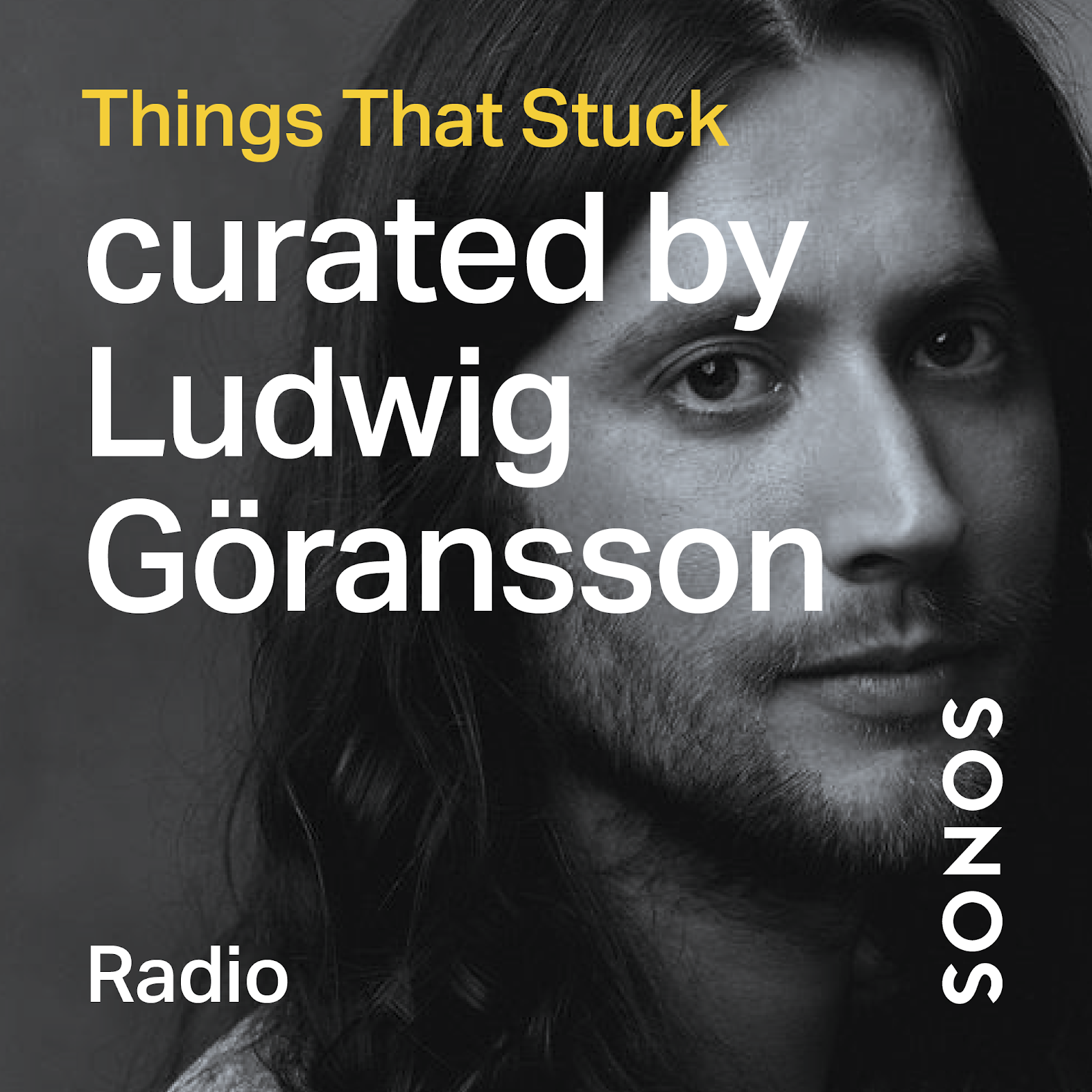 One of the quintessential partners on Mandalorian season 2 is Sonos sound, which created not only a commercial for their sound bar with Disney but a multi-faceted campaign that celebrated the work of the series’ sound team and Emmy-winning composer Ludwig Göransson. The composer curated a Sonos digital radio station, Things That Stuck, which he bills as “a collection of songs and sounds that found their way into my hippocampus. Sharing my passion for music with my family and friends has been one of the greatest joys of my life. When you share an emotional bond with someone, your heart and eardrums swell up and makes you listen to music in a different way.” There was also a conversation on Sonos radio with The Mandalorian sound mixers and editors. In addition, the Sonos’ partnership offered consumers 6 months free of Disney+.

“The filmmakers all work at the highest level of production to create The Mandalorian, and we wanted a sound partner to show the amazing experience one could get while watching these episodes at home.  Sonos is the perfect partner because of their beautifully designed sound bar, with the highest sound quality and great user experience,” Breier tells Deadline. 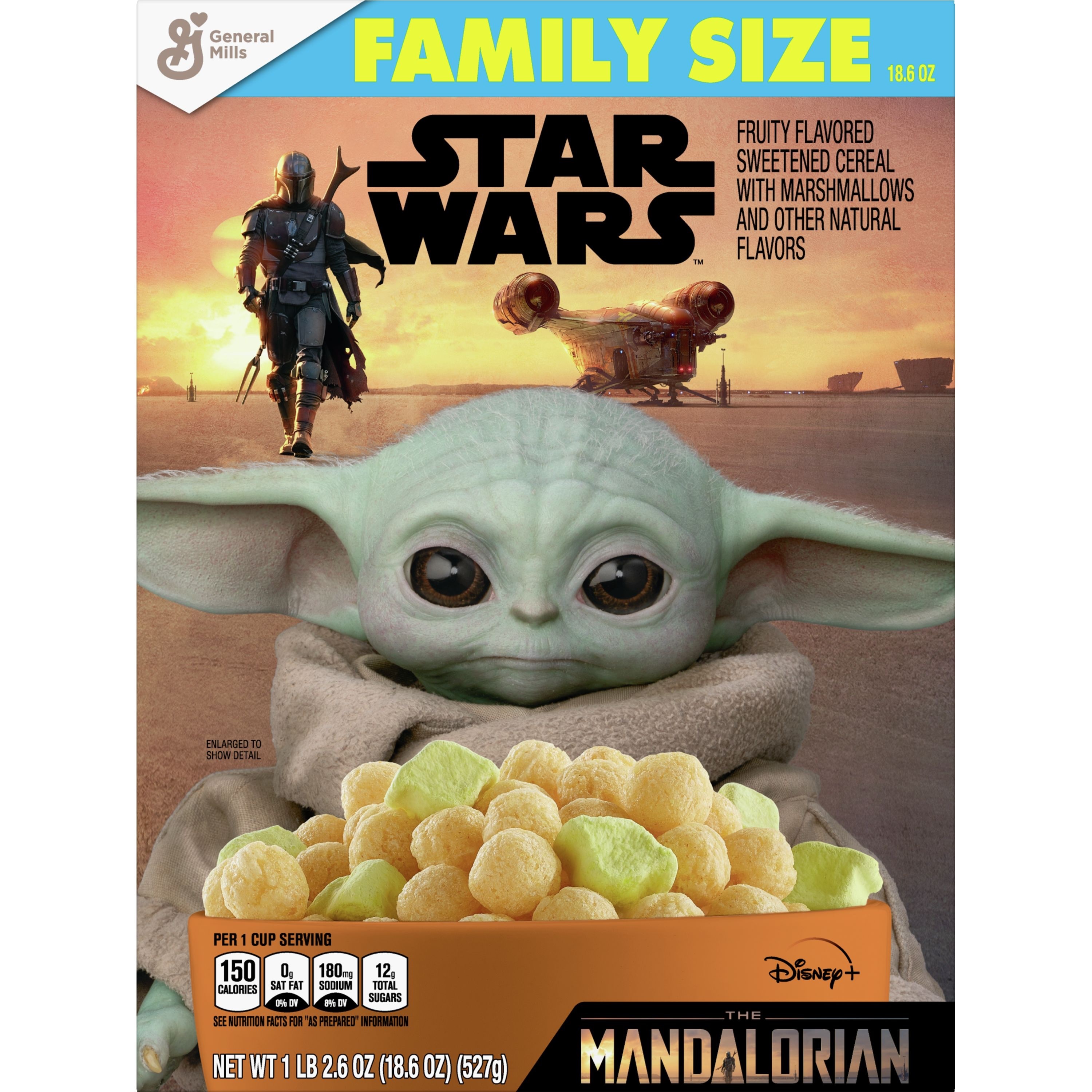 For any die-hard Star Wars fan, nothing goes better with relaxing on the couch than cereal. Cereal and Star Wars go hand-in-hand, one of the famed boxes to hit shelves back in 1984 was Kellog’s C-3POs. For Mandalorian season 2, Disney+ linked up with General Mills which introduced, and further promoted in a social media campaign, a line of products that includes boxes of Baby Yoda cereal, Go-Gurt and Fruit Roll-Ups and fruit-flavored snacks. The cereal contains pieces of marshmallow Baby Yoda, while the campaign for the Roll-Ups tells consumers to “bring The Child to your home through fun tongue tattoos.” Those Baby Yoda boxes of cereal are flying off the shelves, “but continuously replenishing” says Breier about the must-have General Mills fare. 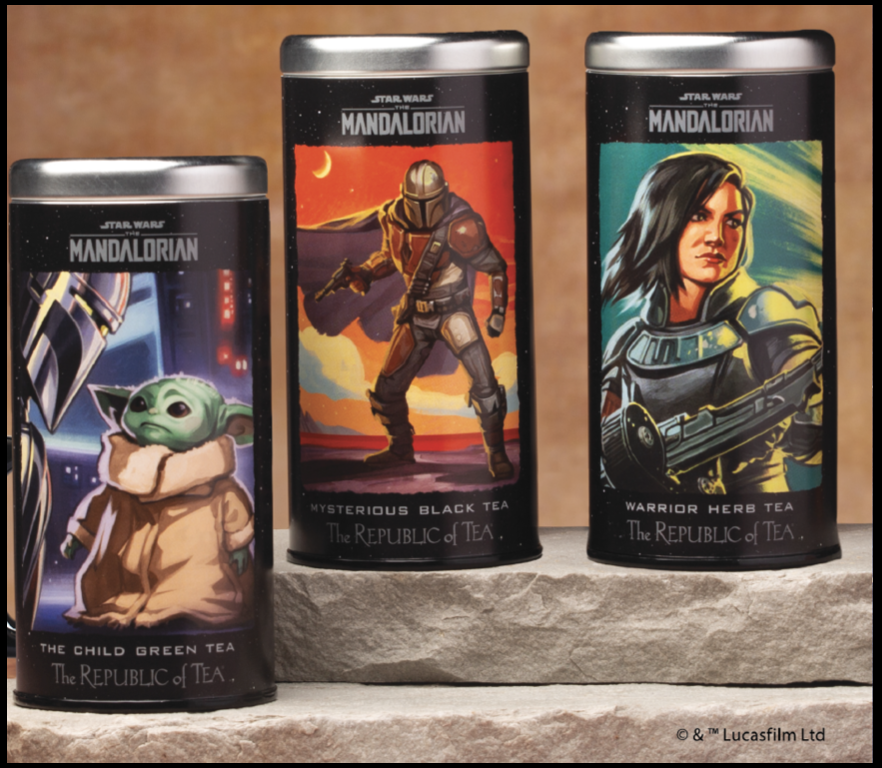 Also, what says Baby Yoda more, than tea? Baby Yoda’s relative Yoda always drank tea, and in the case of The Mandalorian, The Republic of Tea has produced three tins of herbal, each with a different character from the series — Mando, Baby Yoda and Gina Carano’s Cara Dune. The three-tin collector pack retails for $40.50 or $13.50 a can.

While X-Box is another platform partner of Disney+, the studio teamed up with the Microsoft video game system for Mandalorian season 2 given their global launch of the new Xbox Series X and S consoles. Call it a pairing of cultural phenomenons with the Xbox already a highly coveted Christmas gift on backorder. Those subscribing to their Game Pass Ultimate receive 30 days free of Disney+. “This Is The Way” as their commercial boasts, taking a line from the show.

Note certain items, such as The Mandalorian hand sanitizer which you find in drug stores, is not a promotional partner item, rather a licensee product. Not all licensees are marketing partners; the latter creating exclusive creative ad material and spending on media. While The Republic of Tea and the General Mills line are licensees, they also double as promo partners.

“We’re very thoughtful about our promotional partner campaigns and wanted to choose the right partners that would celebrate The Mandalorian and its place in the culture without giving anything away,” says Breier, “We chose those partners who would do specialized creative and activations with their products as well as paid media that would make perfect organic sense to The Mandalorian.“