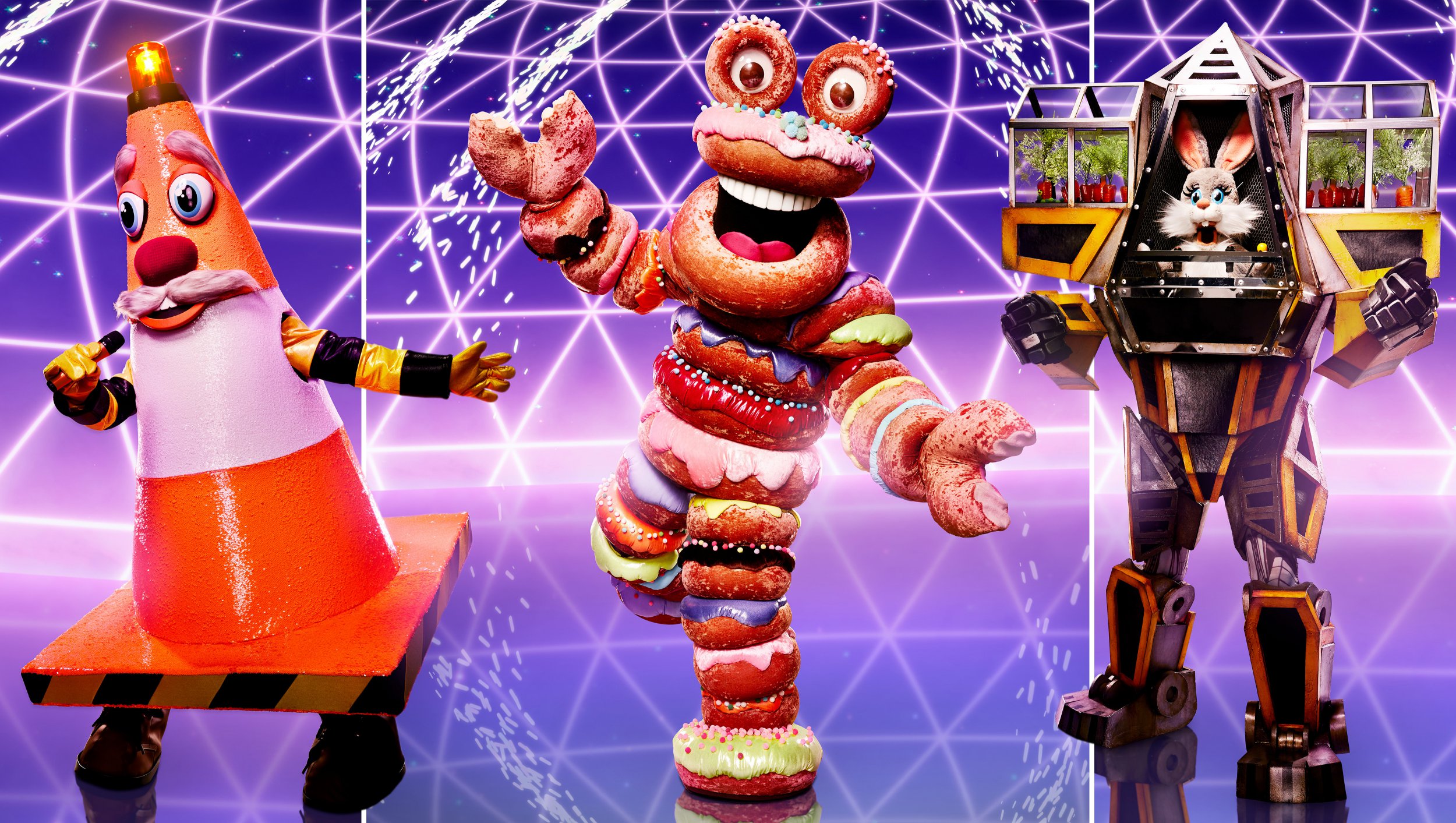 ITV has unveiled the twelve bold new characters who’ll be taking to the stage in a bid to impress (and confuse) the panel and audience alike for the third season of The Masked Singer.

The show is set to return at the beginning of 2022, with Joel Dommett back to host again.

The panellists have been confirmed as season two returners Jonathan Ross, Davina McCall, Rita Ora and Mo Gilligan, who will join in with the cries of ‘take it off!’ yet again as the anonymous celebrity competitors are slowly whittled down throughout the programme.

So which characters are lining up with the hopes of joining Queen Bee (Nicola Roberts) and Sausage (Joss Stone) in the exclusive Masked Singer winners’ club?

The cast of baffling and creative performers has now been confirmed, so without further ado…

Lighting up the room with their performance, it’s Chandelier.

As the pride of Scotland, Bagpipes will be hoping to hit the high notes.

Doughnuts looks like a sweet treat but will they run rings around everyone who tries to figure out who they are.

Traffic Cone may be able to stop traffic in this high-vis high fashion costume.

Bamboo-zling those who try to guess who’s behind the mask, meet Panda.

Rockhopper will be making tweet music in a bid to peng-win.

Hoping to go all the way and be crowned champignon, it’s Mushroom.

The conclusion of the last series of The Masked Singer peaked at over 10 million, and it’s probably the only show on TV that can claim to have moved viewers to tears with a dragon’s emotional rendition of Adele’s Make You Feel My Love, and to have blown away audiences with a leather-clad biking Badger’s performance of Wrecking Ball – as you do.

Both previous series of The Masked Singer can be caught up with on BritBox.

The Masked Singer series 2: Who is behind each mask?

With the nation more or less confined to their living rooms every Saturday night, The Masked Singer has proven to be something of a lockdown 3.0 saviour.

While the performances are of course a draw, most of the fun lies in guessing just who is behind each mask.

Here is who was behind each mask: