Home » 'The Nevers': Episode 5 Will Reveal More About the Brutal Dr. Hague

'The Nevers': Episode 5 Will Reveal More About the Brutal Dr. Hague

The thrilling first season of The Nevers is diving deeper into the mysterious power responsible )for creating the Touched. And it’s also revealing little bits and pieces about the sketchy Lavinia Bidlow and her brutal associate, Dr. Hague.

With the season 1 (part 1) finale airing on May 16, the HBO series should provide more insight into Amalia True’s real enemies. And according to star Denis O’Hare, episode 5 will be a turning point in Dr. Hague’s story, potentially revealing why he’s been conducting those horrible experiments on the Touched. 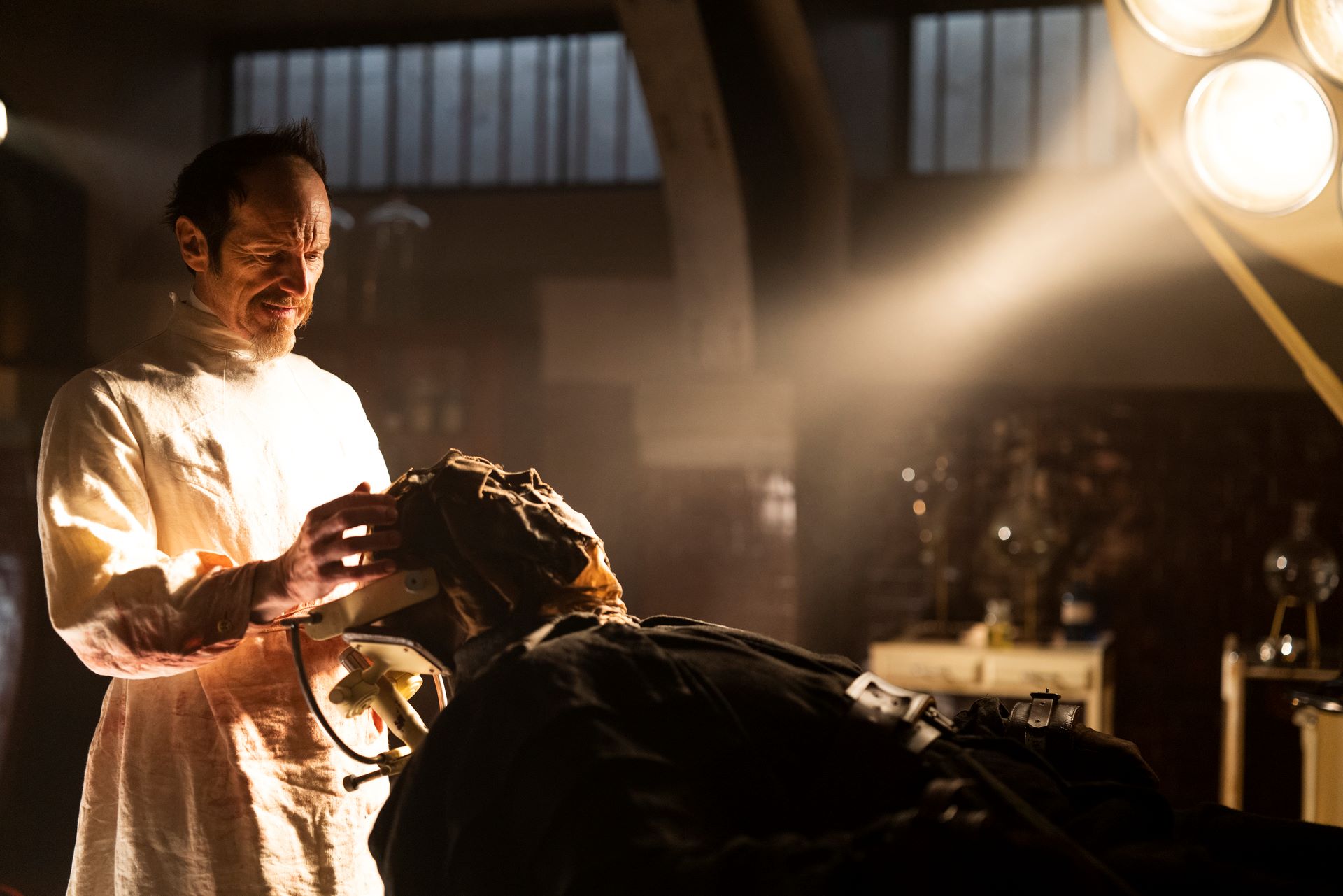 In fourth episode of The Nevers, titled “Undertaking,” the Touched are mourning Mary Brighton’s (Eleanor Tomlinson) tragic murder. She was killed by a known associate of Maladie (Amy Manson), but in her heart Amalia (Laura Donnelly) knows her old friend had nothing to do with it.

Amalia enlists Dr. Horatio Cousens (Zackary Momoh) and firestarter Annie Carbey (Rochelle Neil) to come up with a list of potential enemies that may be responsible for orchestrating Mary’s murder. She doesn’t rule out her patron Lavinia Bidlow (Olivia Williams), and has her name added to the list of potential suspects.

Eventually, after speaking to Lord Massen (Pip Torrens), Amalia realizes that her close friend Lucy Best (Elizabeth Berrington) was feeding him the information that may have gotten Mary killed.

In the final scenes of the episode, Myrtle (Viola Prettejohn) reveals that Mary’s song directly mentioned Amalia. And upon hearing the words, Amalia breaks down in tears, appearing to know exactly who the message had come from.

In The Nevers, episode 2, O’Hare appears as Dr. Hague, an American surgeon conducting brutal experiments on the Touched in an underground lair. Much to fans surprise, it turns out that Lavinia Bidlow, the supposed ally and patron of the Touched, is the one running Dr. Hague’s operation.

In an interview with Collider, O’Hare noted that Lavinia and the Dr. Hague’s motives will be revealed over time. But he also revealed that the two have a very complicated relationship.

“What’s great about it is that their end games are not the same and they are not being honest with each other, on any level,” O’Hare said. “That being said, there’s a genuine something between them. Hague is just insane enough that he thinks the woman in the wheelchair is hot.”

‘The Nevers’ episode 5 should be a turning point in Dr. Hague’s story

According to O’Hare, there is a lot more to Dr. Hague than meets the eye. Without giving away too much, he revealed that episode 5 should provide a little more insight into what motivates him to torture the Touched.

“I have a secret that I can’t reveal, so the motivation is very mixed and very, very complicated,” O’Hare told Collider. “Hague, himself, is someone who is struggling and working towards something. That’s all I can say.”

“There’s also something that happens in Episode 5, for me, that is a real turn,” he added. “A new piece of evidence comes in that’s really important.”