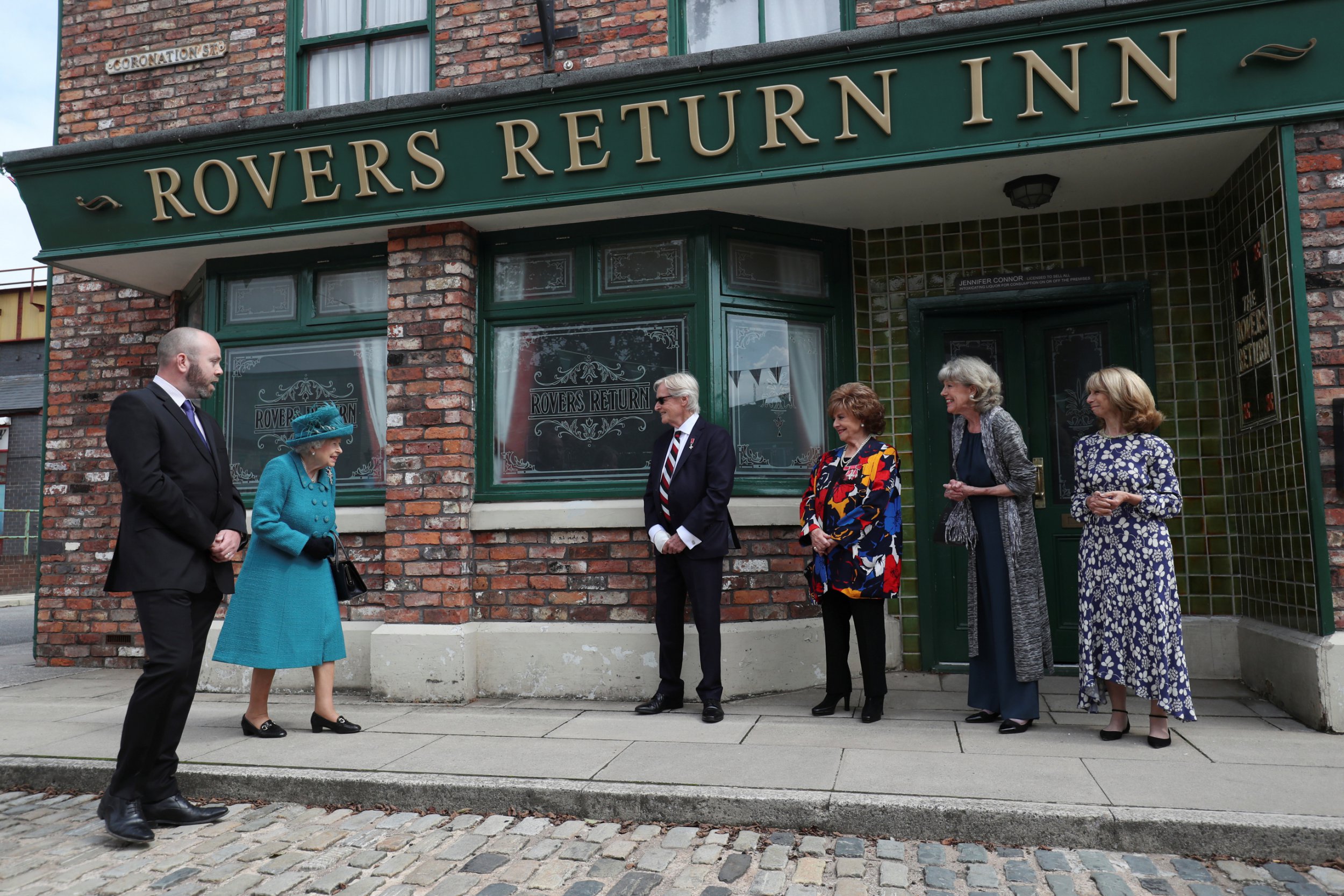 The Queen has visited Coronation Street, 40 years after she last stepped foot on the cobbles.

The team behind the world’s longest running soap welcomed the Queen today (July 8) as she took a stroll down the iconic cobbled street.

She also met some of the longest-serving cast members and even paid a visit to the Rovers Return.

Her Majesty’s return to the set comes almost 40 years after she last visited Weatherfield.

In 1982, she opened the new set at Granada Studios and met some of Corrie’s most famous faces alongside her late husband, the Duke of Edinburgh.

A great deal has changed since the Queen’s last visit to the soap set, but there’s still a couple of familiar faces still working on the show in the form of William Roache and Barbara Knox who play Ken Barlow and Rita Tanner.

Among the many people she met during her visit, the Queen interacted with Coronation Street boss Iain MacLeod, William, Barbara, Sue Nicholls, who plays Audrey Roberts and Helen Worth, who plays Gail Platt.

The actors told Her Majesty about the changes they have made to filming during the ongoing Coronavirus pandemic, and how the team only paused filming for a couple of weeks during the first lockdown, but still managed to broadcast continuously.

ITV’s CEO Dame Carolyn McCall will show the monarch to Studio 1, where she meets more cast members and in the set of the Rovers Return.

Over the years, many people have claimed the Queen enjoys sitting down to watch the ITV soap and is a fan of Coronation Street.

Charlotte told the Queen about her character Daisy, adding how much she enjoys playing the character.

Talking to some of the actors about the âtroublesomeâ story lines in @itvcorrie, the Queen said: âWell life is a troubleâ. @ITV pic.twitter.com/XOLaGA2wF5

The Queen also pointed out that Corrie doesn’t ‘do an awful lot of trouble’, to which Iain MacLeod replied ‘we try to balance the trouble with some niceness’.