Plenty of famous figures use social media to boost their overall profile, stir up excitement for their upcoming projects, connect directly with fans, and share glimpses of their everyday lives with their followers. In fact, there are celebrities who are considered to be the best of the best when it comes to having a captivating online presence, as well as celebs who have quit social media for various surely understandable reasons. There are stars who have been banned for even more cringe-worthy reasons, and finally, those who join social media (quite a bit) later than others.

Those who love to follow stars on sites like Instagram will know that Jennifer Aniston, Chris Evans, and Amy Adams all fall in the latter category. The same goes for Angelina Jolie. In fact, she’s resisted joining Instagram for years. And more power to her. But now, that’s all changed as she’s set up her very own Instagram account and she’s done so for a very good reason. Read on to find out what it is.

Angelina Jolie wants her followers to know about something important 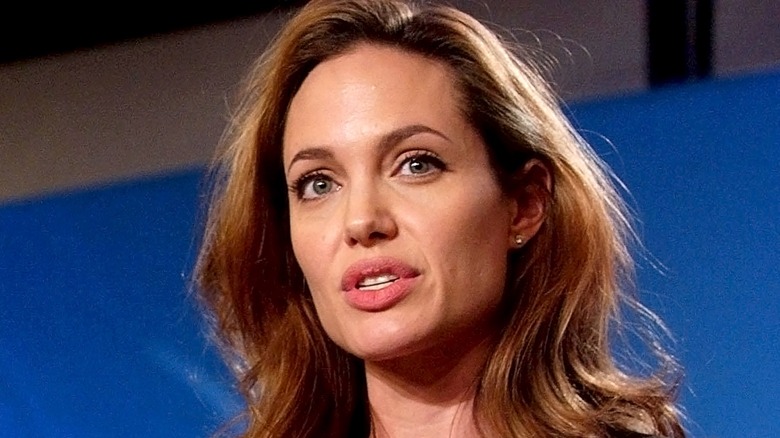 Within hours of Angelina Jolie joining Instagram, millions of fans followed her new account. Those people would have seen that her bio reads: “Mom, filmmaker, Special Envoy for UN @refugees.” They also would have been able to check out her first post on August 20 (and, as of writing, only post), which explained why she had joined social media. That is, to spread the word about a cause that she cares about.

“This is a letter I was sent from a teenage girl in Afghanistan,” Jolie wrote. She went on to point out that, “[r]ight now, the people of Afghanistan are losing their ability to communicate on social media and to express themselves freely.” That’s why she joined “Instagram to share their stories and the voices of those across the globe who are fighting for their basic human rights.”

The star also shared text from the letter in her caption, which tells readers, “I was on the border of Afghanistan two weeks before 9/11, where I met Afghan refugees who had fled the Taliban. This was twenty years ago. It is sickening to watch Afghans being displaced yet again out of the fear and uncertainty that has gripped their country.” Going on to discuss the “decades” of struggle and heartbreaking conditions, the letter notes, “Like others who are committed, I will not turn away. I will continue to look for ways to help. And I hope you’ll join me.”