The Shining (1980) could be Stephen King’s least favorite movie that came from one of his novels.

But fans have a very different perception of the iconic horror film. Filmmaker Stanley Kubrick wove the tale with a mix of smart casting, a small crew, and an unrelenting vision that had actors working long, exhausting hours. Many film fans believe the final product was worth it.

It’s impossible to imagine anyone but Jack Nicholson playing the role of Jack Torrance, the man who has a psychological breakdown in The Shining. After being snowed in, Jack threatens his whole family and truly takes the film from disturbing to terrifying.

It turns out his delivery of one iconic line was ad-libbed. Here’s why he did it. 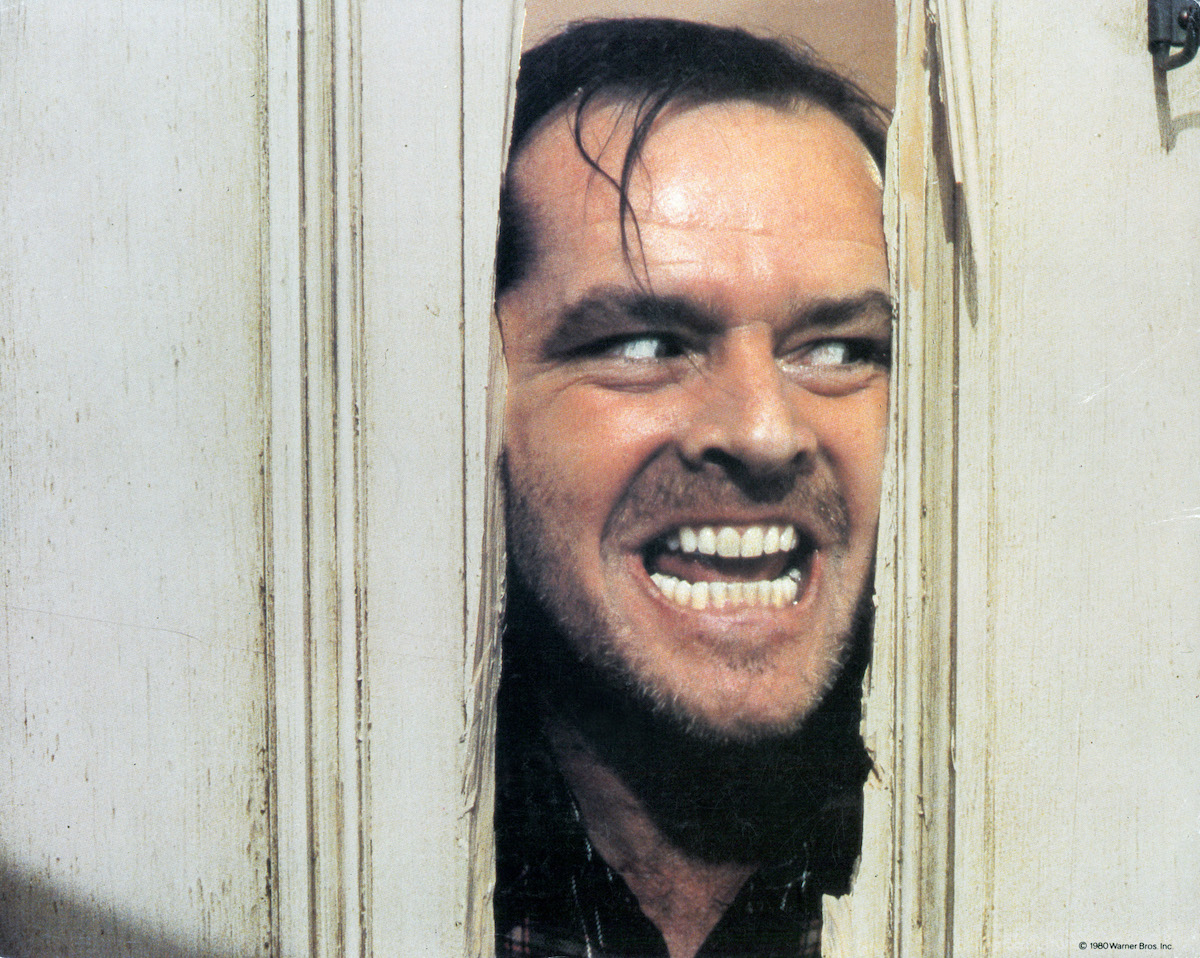 It’s not easy turning a book into a movie. Generally, filmmakers have less time and space to create nuance and truly develop the characters. That’s probably why King despised Kubrick’s adaptation so much.

King said the characterter Jack Torrance was semi-autobiographical and documented a time he was experiencing alcohol dependency, writer’s block, and rage all at once. But Kubrick’s version of Jack was a lot more sinister than King intended.

“Kubrick’s version of Torrance is much closer to the tyrannical Hal (from Kubrick’s 2001: A Space Odyssey) and Alex (from Kubrick’s A Clockwork Orange) than he is to King’s more conflicted, more sympathetically human characterization,” author Tony Magistrate wrote in his book Hollywood’s Stephen King.

Jack Nicholson ad-libbed one famous line in ‘The Shining’

The Shining was about the whole Torrance family and their terrifying experience being snowed in at the hotel. The most memorable and well-known scene of the entire film happens when Jack is busting through the bathroom door with an ax.

Once he clears a big enough hole to stick his head through, Jack delivers the chilling line, “Here’s Johnny!” as his terrified wife Wendy Torrance (Shelley Duvall) looks on.

But the character’s name is Jack. So why does Nicholson say, “Johnny?” Kubrick already confirmed it wasn’t in the script.

The ‘Here’s Johnny!’ line in ‘The Shining’ added extra creepiness

According to IMDb, Nicholson borrowed the line from somewhere else.

“Nicholson ad-libbed the line ‘Here’s Johnny!’ in imitation of announcer Ed McMahon’s famous introduction of Johnny Carson on U.S. network NBC-TV’s long-running late-night television program The Tonight Show Starring Johnny Carson. Stanley Kubrick, who had been living in England since before Carson took over The Tonight Show, had no clue what ‘Here’s Johnny!’ meant. Carson once used the clip of Nicholson as the introduction to one of his annual anniversary specials.”

The fact that Jack’s name isn’t Johnny makes the whole scene extra frightening, adding to the overall terror Jack’s family feels while he’s chasing them with an ax.

The Shining popularized, “Here’s Johnny!” more than The Tonight Show ever could, even if it wound up having negative connotations after the movie was released.