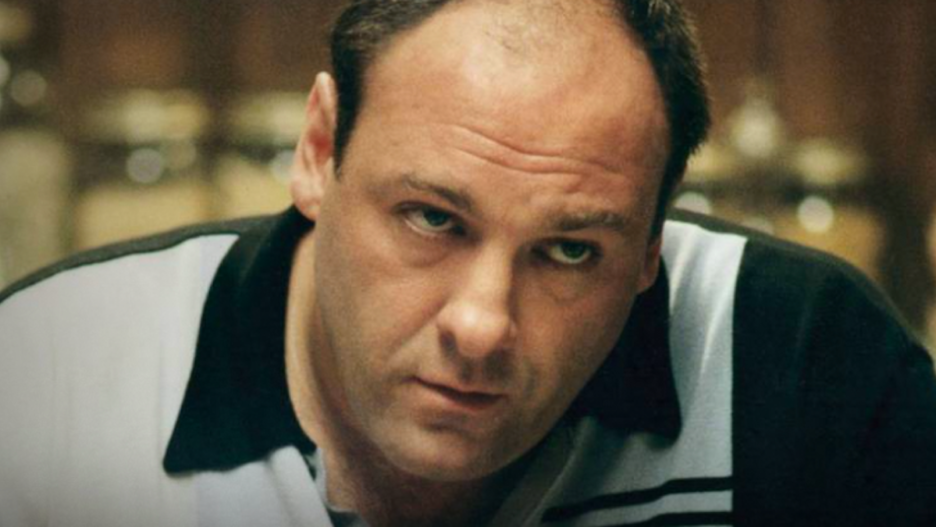 Did Tony Soprano die in the final episode of HBO’s “The Sopranos”? We think the answer might — might — finally be yes. Maybe. Who knows?

We stress “might,” because the show’s creator David Chase, who has been frustratingly vague about that ending since it aired in 2007, decided to still be frustratingly vague about it in a new interview with THR. Talking about that ending, Chase comes right up to the ledge of “yes, he died,” and then backs away from it, leaving us with the same headache we’ve had since 2007.

Ok, so you know that the series finale of “The Sopranos” remains one of the most divisive endings in TV history. Tony Soprano (James Gandolfini) and his family are having dinner in a diner, Journey’s “Don’t Stop Believing” is on the jukebox, and the scene cuts back and forth to a stranger in a Members Only jacket. Then we hear a bell ring as the diner door opens, Tony looks up, and the screen cuts to black for 10 excruciating seconds before the final credits rolled.

This confused the hell out of viewers. What the hell just happened? Did he just get whacked? It was even reported at the time that some viewers thought that their cable had gone out. Debates about Tony’s fate and whether or not the end of the show was effectively foreshadowed have raged ever since. 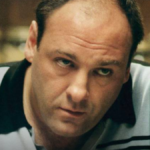 But last year it looked like he might have finally cracked. See, during his interviews for the 2018 book “The Sopranos Sessions,” Chase said at once point, “Well, I had that death scene in mind years before.” When asked by the book’s authors if he realized what he said, Chase just replied “f— you.” But that statement ended up being leaked in 2020, after which Chase very quickly insisted that he absolutely was not talking about the series finale, but a different ending he had come up with, then abandoned.

But on Monday, while appearing on THR’s Awards Chatter podcast, Chase was asked point blank about that leaked statement. Here’s how that conversation went:

THR: Was that a slip of the tongue?

Chase: Right. Was it?

But before you finally celebrate the end to almost 15 years of JUST TELL US, hold on. Because here’s what happened next:

Chase: Because the scene I had in my was not that scene. Nor did I think of cutting to black. I had a scene in which Tony comes back from a meeting in New York in his car. At the beginning of every show, he came from New York into New Jersey, and the last scene could be him coming from New Jersey back into New York for a meeting at which he was going to be killed.

But Chase also told THR he was driving near the airport at one point and spotted a little restaurant when he thought, “’Tony should get it in a place like that.’ Why? I don’t know. That was, like, two years before.”

So. Did he just confirm that the “place like that” we saw in the actual series finale means Tony did “get it”? Sure sounds like it. Or wait. Maybe he just meant that the thought about where Tony should “get it” merely inspired the finale’s location and nothing else. We honestly can’t decide. 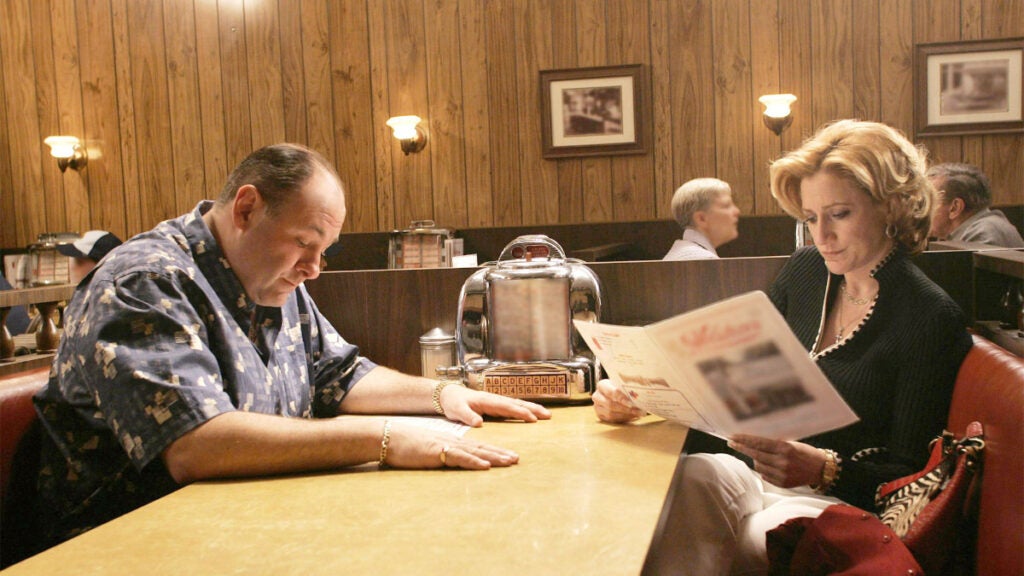 Whatever you make of that noncommittal chatter, rest assured that Chase is still very annoyed that people wanted to actually see Tony get whacked. “They wanted to know that Tony was killed. They wanted to see him go face-down in linguini, you know? And I just thought, ‘God, you watched this guy for seven years and I know he’s a criminal. But don’t tell me you don’t love him in some way, don’t tell me you’re not on his side in some way. And now you want to see him killed? You want justice done? You’re a criminal after watching this shit for seven years.’ That bothered me, yeah.”

This is, basically, the same thing Chase told author Brett Martin in 2007. But it’s worth noting, as always, that the substance of the ending’s criticism has never really been “people wanted Tony to die,” it’s been “What the hell happened.” And alas, we still really can’t say.

Chase recently returned to the world of “The Sopranos” for the Warner Bros. film “The Many Saints of Newark,” which takes place in the 1960s and 70s and follows Christopher Moltisanti’s father. A young Tony appears in the film in a supporting role, played by the late Gandolfini’s son Michael Gandolfini.

Chase has said he’s open to telling more stories in the world of “The Sopranos,” be it another feature film or another TV series, the latter of which is being actively discussed by Chase and HBO.