Part one of HBO’s new doc, I Love You, Now Die, premiered last night, but even if you missed it, chances are you were already familiar with some of the disturbing details of this viral crime. The two-part series tells the story of two teenagers: Michelle Carter and Conrad Roy III. Michelle was a high schooler from Massachusetts and Conrad was her boyfriend. They were supposed to be in love, until she encouraged him to commit suicide over text.

Her trial caused a media frenzy back in 2016, and the details of the case are more shocking and unsettling than imaginable. Before part two is released tonight, here’s everything you need to know:

Michelle and Conrad—teens who lived about an hour from each other in two separate Massachusetts towns—met in 2012 when they were both visiting family in Florida. Despite their long-distance relationship (the two only meet in person a handful of times), they texted and talked on the phone nonstop for nearly two years.

In July of 2014, Conrad was found dead in his car in Fairhaven, MA after committing suicide by carbon-monoxide poisoning. He was just 18 years old.

Soon after, police discovered shocking texts from Michelle to Conrad just moments before his death, urging him to kill himself. The texts, which are incredibly disturbing, range from Michelle outlining different ways he could go about it, to convincing Conrad to get back in the car when he began to question his decision. 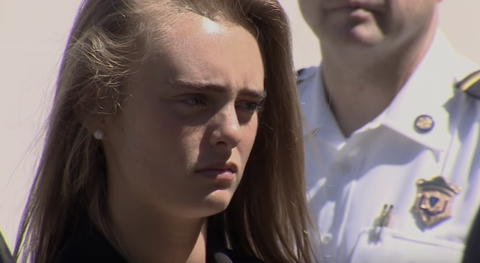 Tell me about the trial:

Michelle was charged with involuntary manslaughter in July 2017. She was found guilty and given a 15-month prison sentence. After her appeal was rejected, she began her sentence in February of 2019. 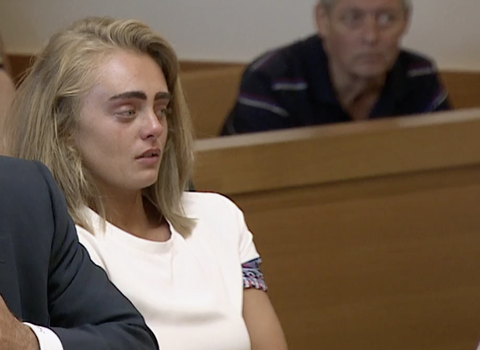 What does the doc show, exactly?

The upcoming features footage from the trial—from the only video cameras allowed inside the court—as well as interviews with family members, friends, and even Conrad’s immediate family. Other players like Michelle’s defense attorney, also speak out. 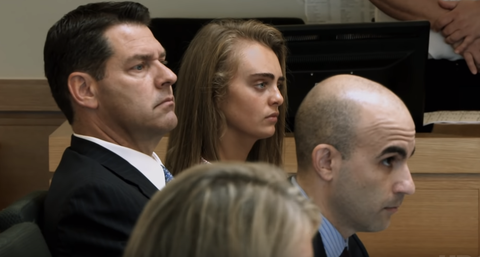 The two-part doc will also focus on both sides of the tragic story.

Part one of the doc focuses on the prosecution’s side of the story, and part two, the defense. director Erin Lee Carr told Marie Claire she wanted the audience to feel like the jury in order to spark debate and conversation about mental health in the digital age.