Home » TV & Movies » The Walking Dead season 10, episode 7 promo: What will happen next?

The Walking Dead season 10, episode 7 promo: What will happen next?

Season 10 of The Walking Dead is now in full swing with plenty of drama already facing the communities in their ongoing battle with the Whisperers and their murderous leader Alpha (played by Samantha Morton). Episode seven, titled Open Your Eyes, is the next instalment coming to AMC and Fox UK and if the promo is anything to go by, more tension and bloodshed awaits.

The trailer for the next episode of The Walking Dead opens with a clearly troubled Siddiq (Avi Nash).

Ever since being spared by Alpha in season nine, Siddiq has struggled with PTSD.

He continues to do so in episode seven when he enters Alexandria’s infirmary.

As he takes a quick scan across his numerous sick patients, an unlikely figure emerges at the door. 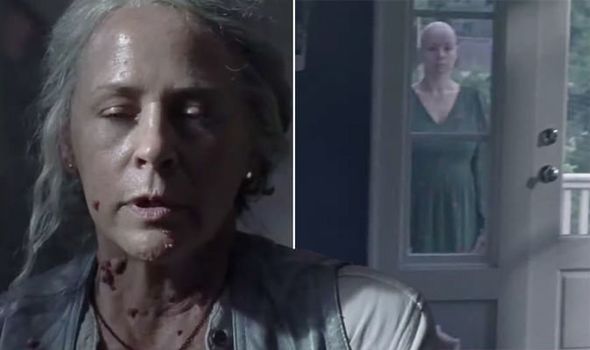 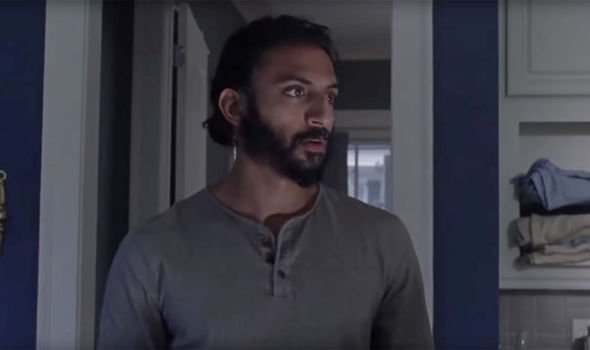 It’s Alpha but it’s highly likely she’s only there as one of Siddiq’s visions as opposed to making her presence known in the community’s walls.

Siddiq is then shown strolling through Alexandria when he stumbles across a dead body.

The corpse is wrapped up in a blanket with a crucifix rested upon it.

Before fans get to see how Siddiq reacts or who it is, the promo cuts to another pressing issue. 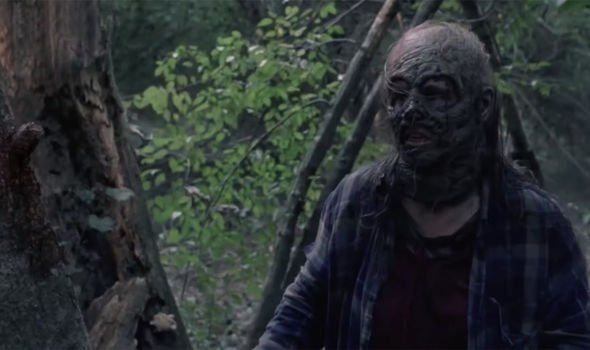 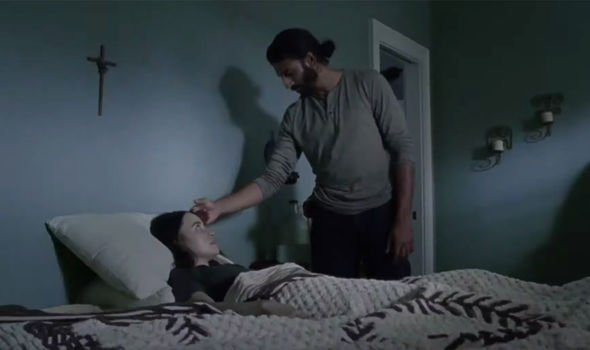 During the trailer, the character issues a spine-tingling threat suggesting what’s in store.

He says: “You ignore the truth when it’s staring you in the face,

“I would never betray Alpha, she loves us all,” he adds.

In the promo, he’s captured and kept in the same cell where Negan (Jeffrey Dean Morgan) was imprisoned.

The Walking Dead season 10: Where has Maggie gone? Where is she? [EXPLAINER]

The Walking Dead season 10: Is Dante part of the Whisperers? [THEORY]

The Walking Dead season 10: How will Michonne leave? Will she die? [SPOILER]

Daryl even goes as far as to threaten to cut off one of the man’s fingers, although this isn’t shown in the promo.

Next, it appears Carol and Lydia (Cassady McClincy) will continue their rather dysfunctional relationship.

Lydia rides horseback with Carol – the latter then says: “Alpha drew a line and you need to choose which side you’re on.”

The TWD trailer then cuts to a scene between Gamma (Thora Birch) and Aaron (Ross Marquand) who meet again after their first meeting in episode five.

They hand over a nondescript piece of paper between themselves – could there be a betrayal from either side?

Afterwards, Siddiq continues to get a grasp on reality and plunges himself into a pool of water.

The drama doesn’t end there as a bed-bound Rosita (Christian Serratos) appears to be struggling with a horrible illness in episode seven.

Add to the mix a face-off between Alpha and Gamma and an ominous puddle of blood and the promo for episode seven promises one of the most unmissable instalments of the series so far.

The Walking Dead season 10 continues every Sunday on AMC and Monday on Fox UK.