The pop star nearly broke the internet with people poking fun of his moves as he performed an electrifying medley of his biggest hits at the Raymond James Stadium in Tampa Bay, Florida. 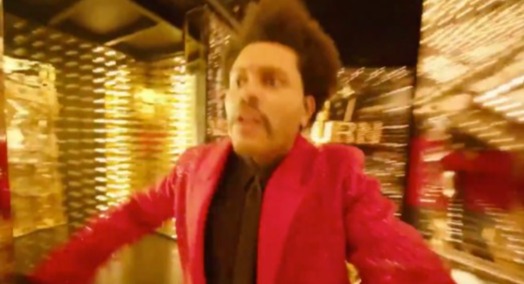 The Blinding Lights crooner traveled throughout multiple parts of the stadium during his show-stopping number.

After kicking off his performance with Starboy and a massive choir, The Weeknd went downstairs and appeared lost entering a gold room.

As he entered the all-gold maze, he looked stunned and peeped around, looking distressed and confused.

He even takes the camera at one point and films himself in a closeup selfie video. 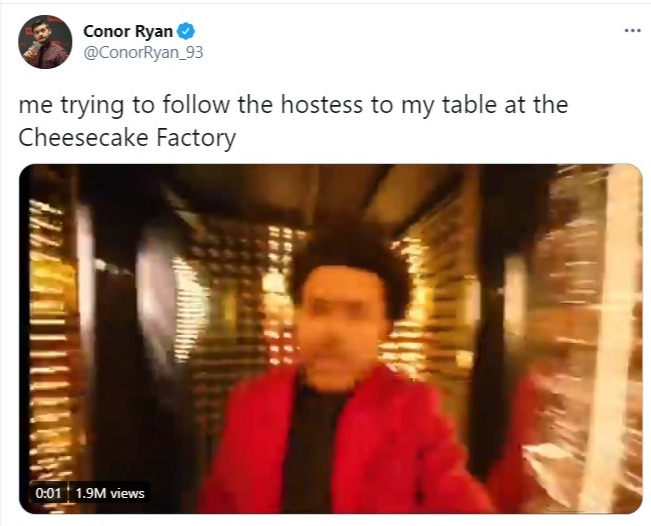 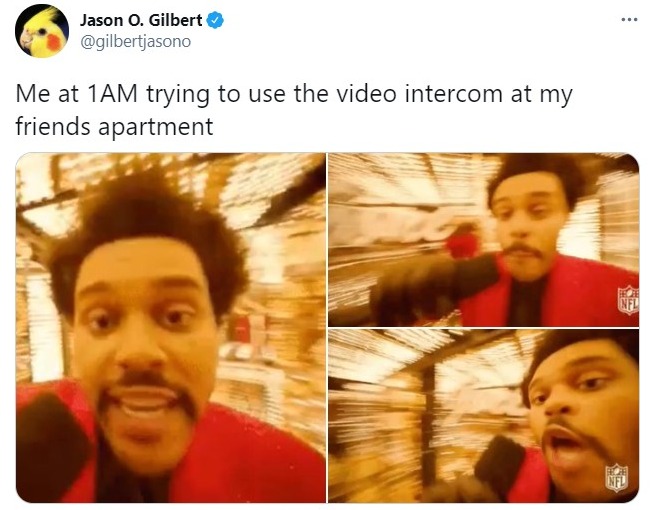 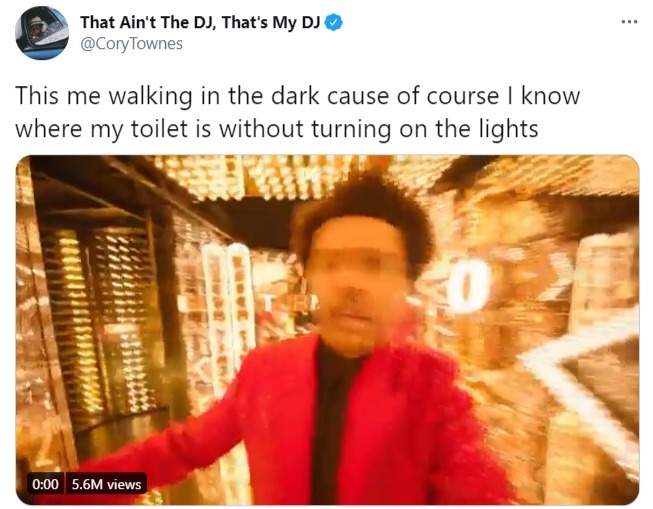 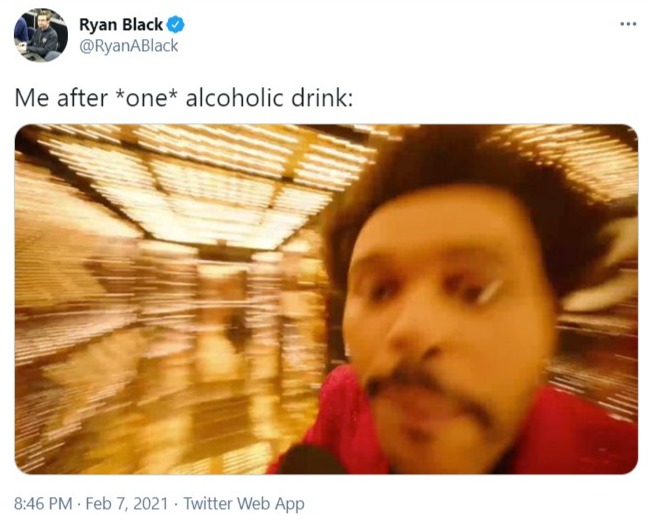 “Me trying to follow the hostess to my table at the Cheesecake Factory,” one person wrote above a clip of The Weeknd lost.

Another who shared the same clip wrote: “Trying to make your way back to your bedroom when the lights are off in your apartment.”

"Me at 1AM trying to use the video intercom at my friends apartment,” a third tweeted with screenshots from the performance. 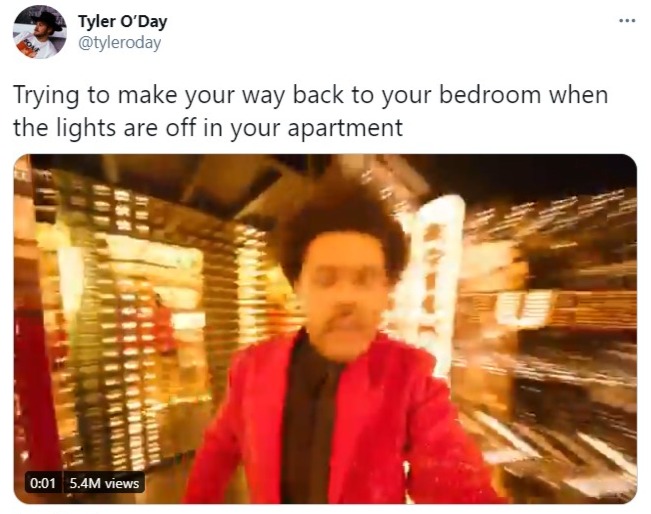 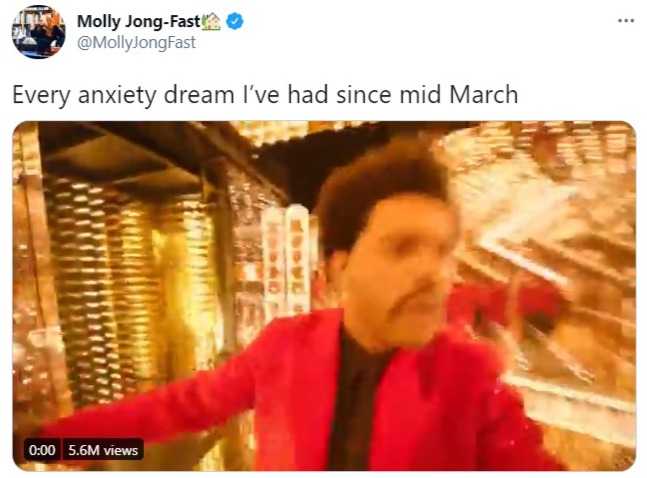 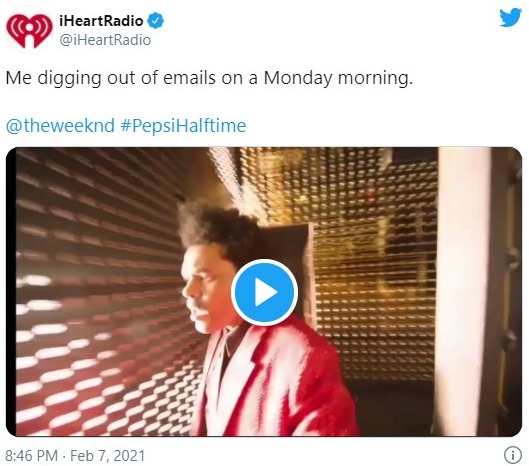 Next to closeups of the star, someone said: “middle school me trying to figure out how to use a fisheye lens on my iPhone 6.”

One more who shared the same images said “my dog when i get home from being gone all day” while more called it “major Mom on FaceTime vibes.”

The Weeknd and an army of "creepy" bandaged dancers took the stage for an electric halftime show during the 55th Super Bowl. 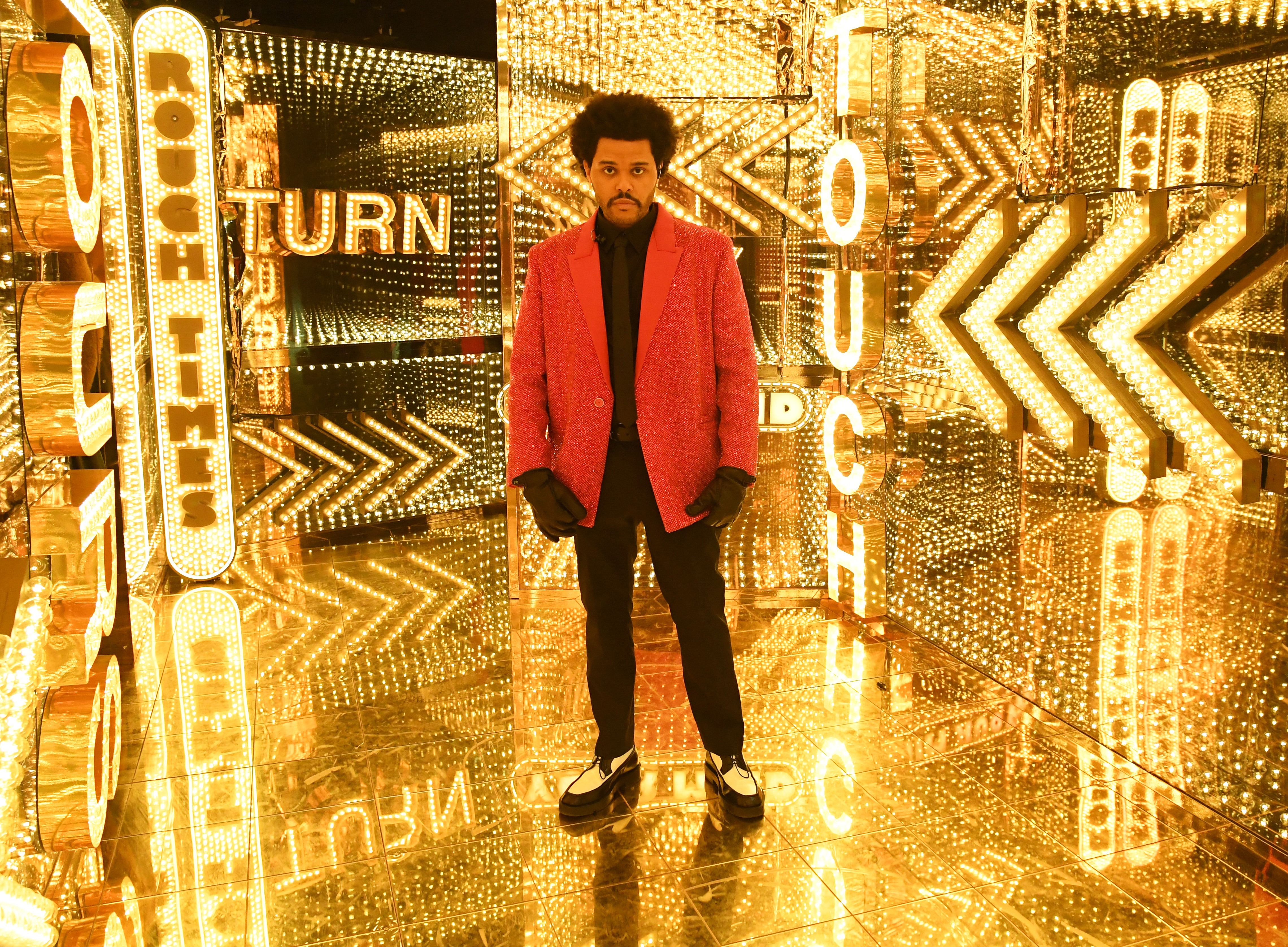 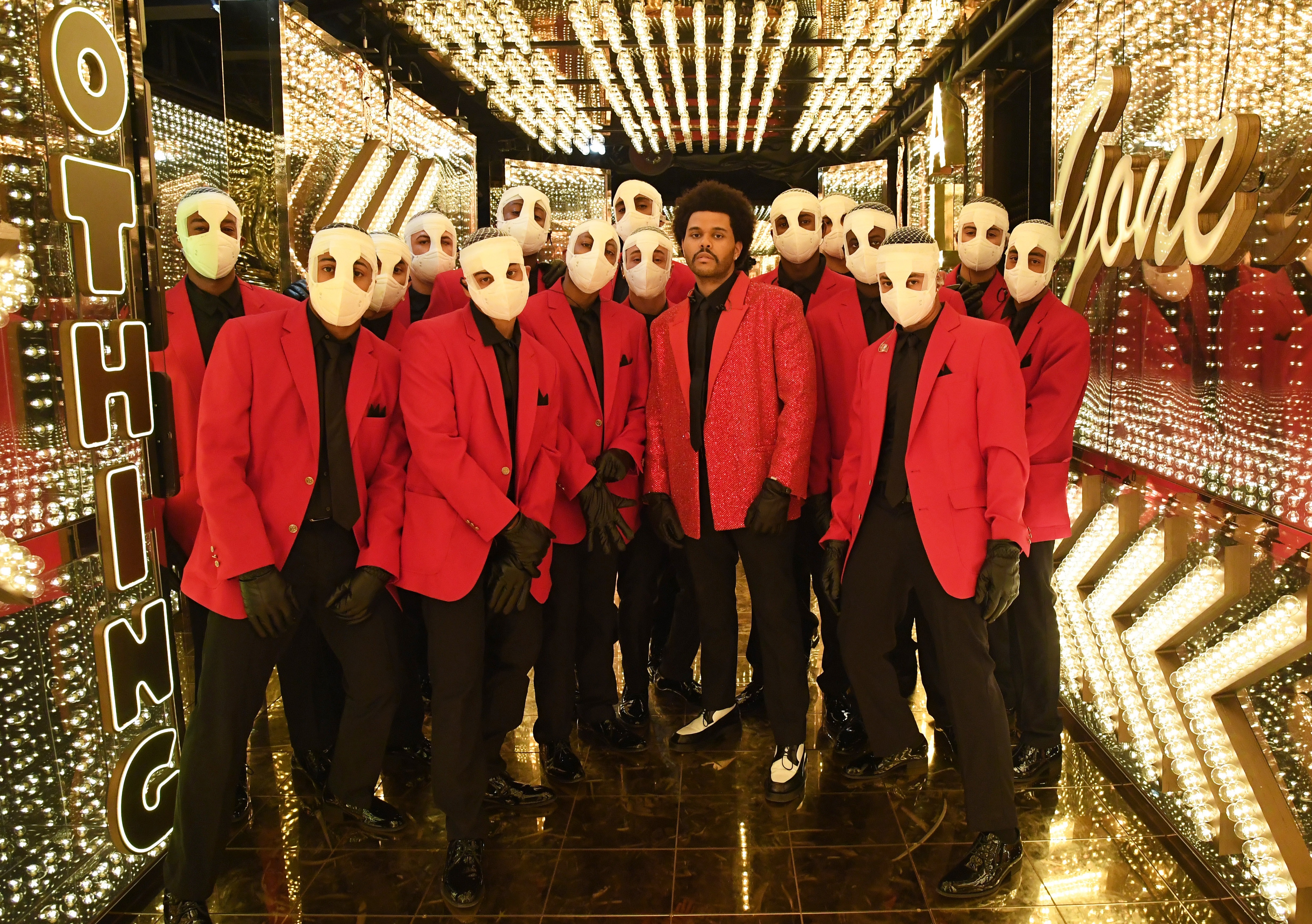 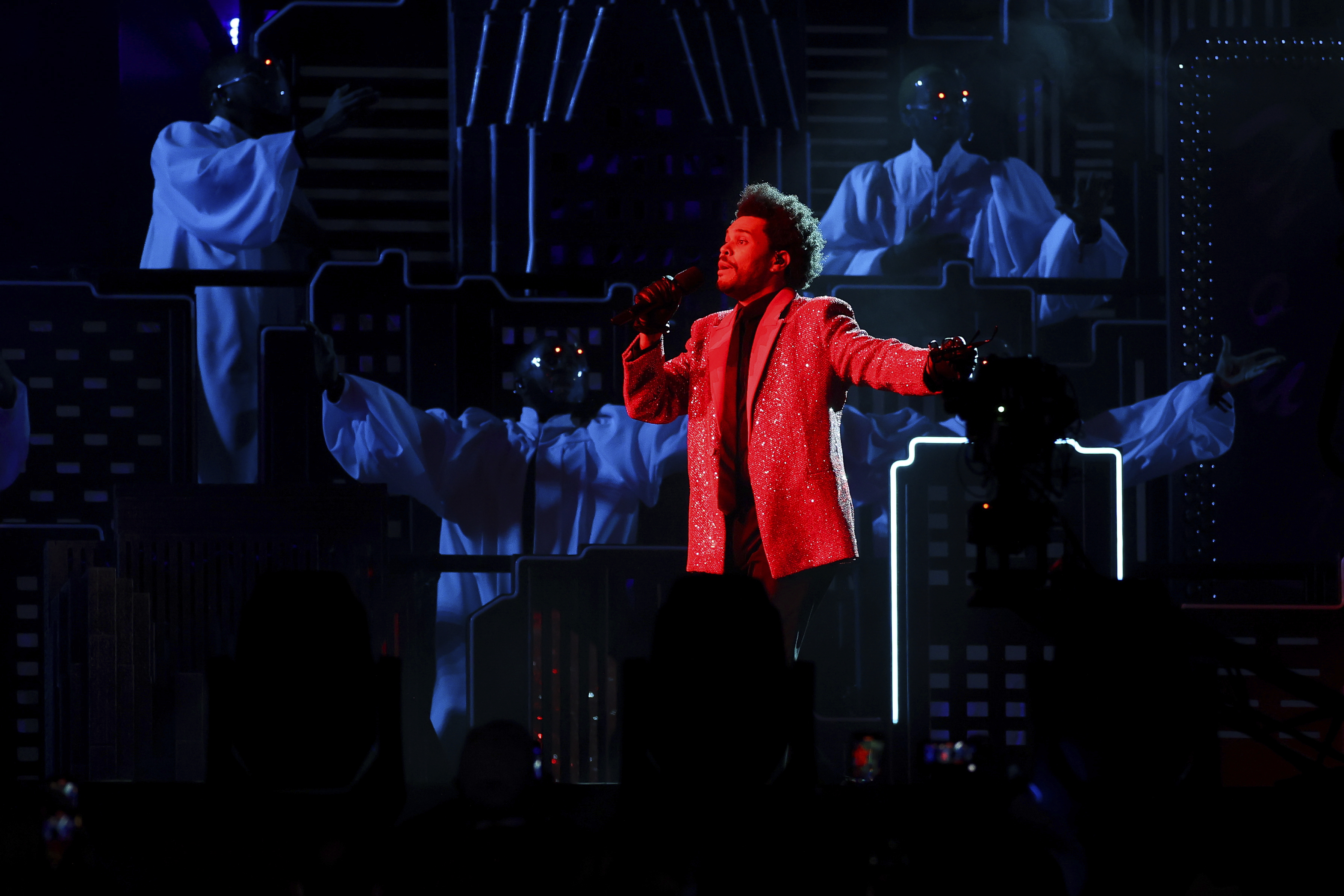 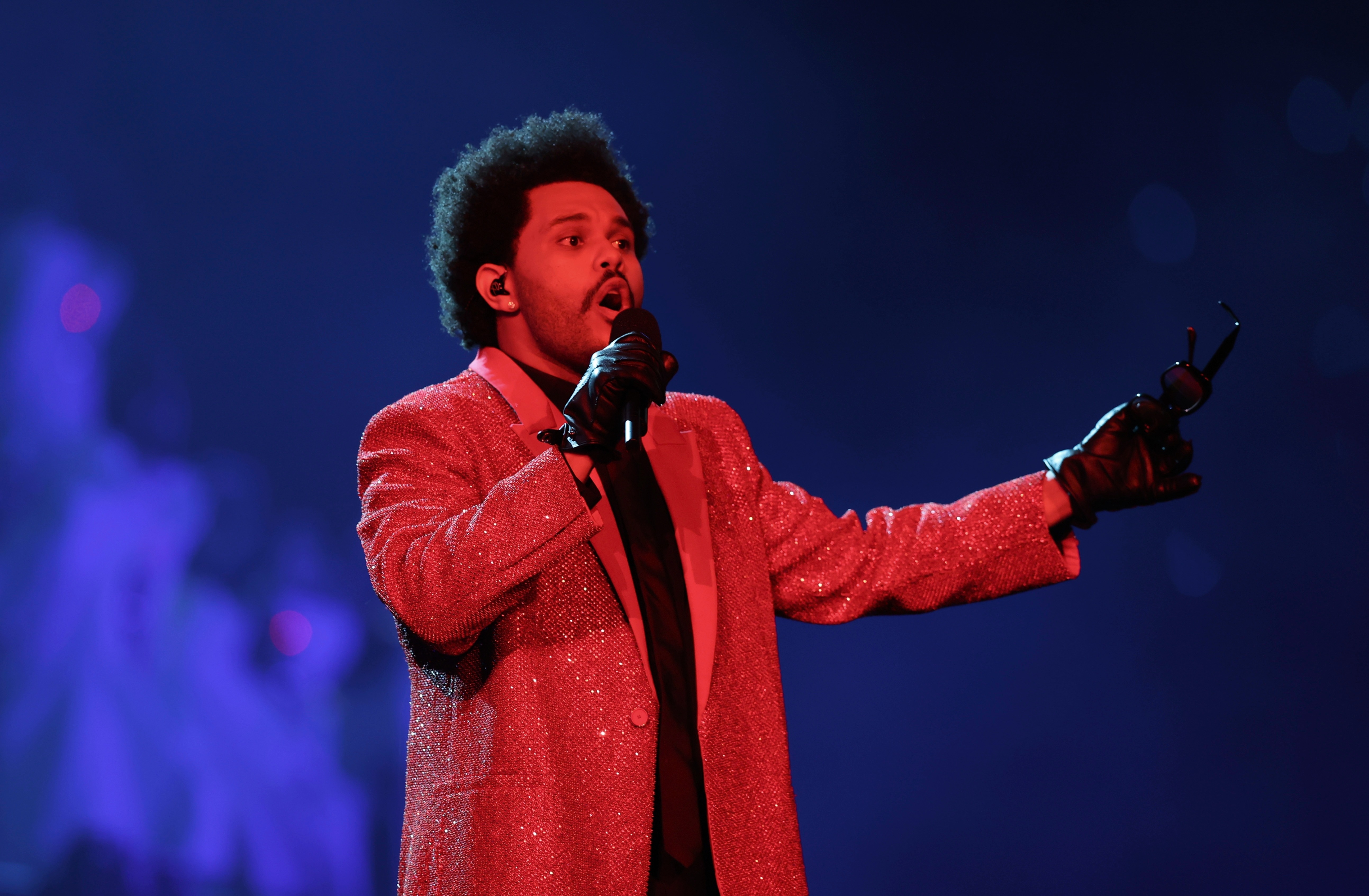 He was backed by a massive choir on stage that were sitting on a set built to resemble a cityscape.

Performing a medley of his biggest hits, the singer started with his song, Starboy.

The beginning of his big show happened on a dark black stage surrounded by large neon lights – on theme with his latest album.

He transitioned to his #1 single, Can’t Feel My Face and then entered a dizzying gold maze under the stadium stands. 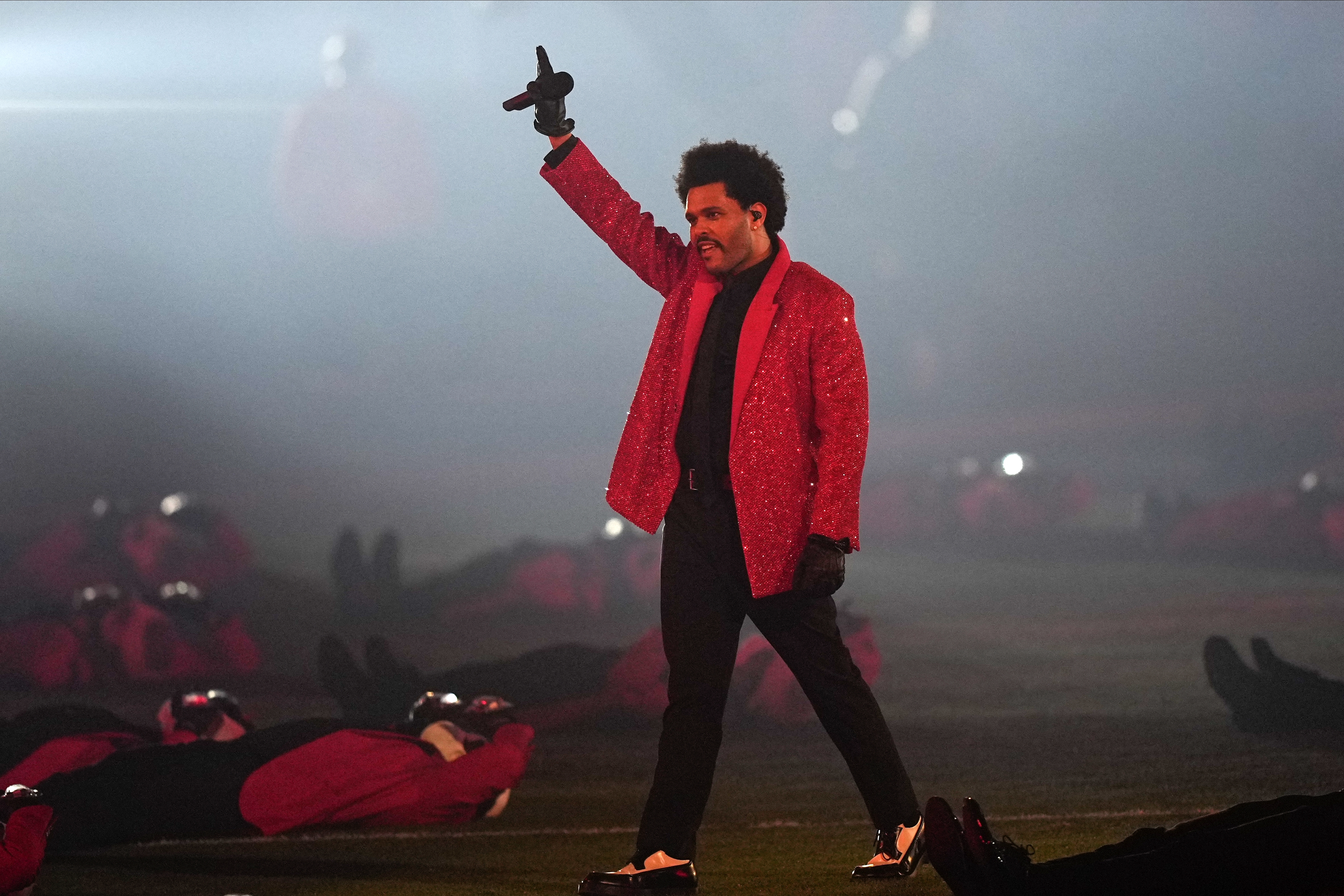 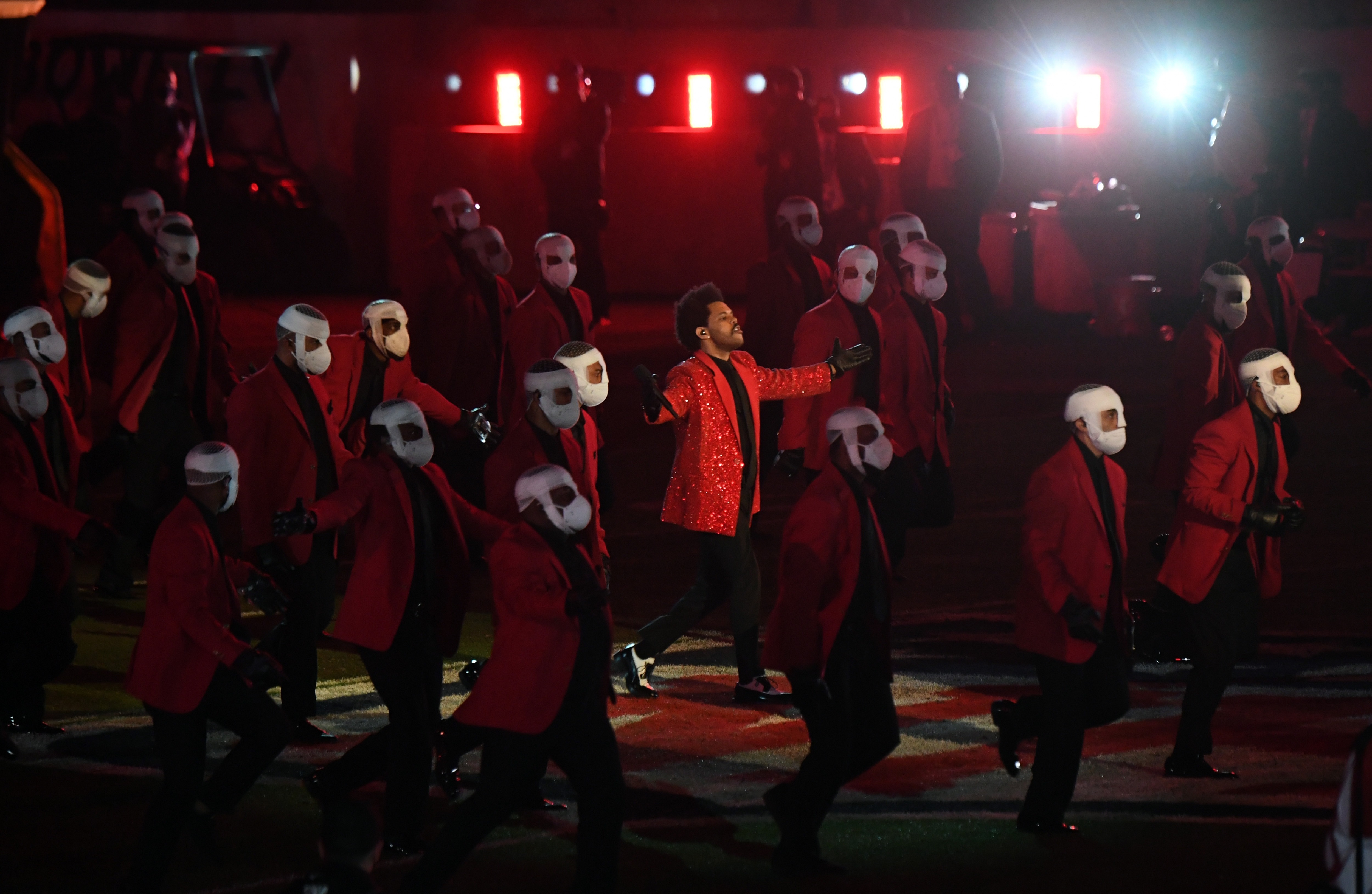 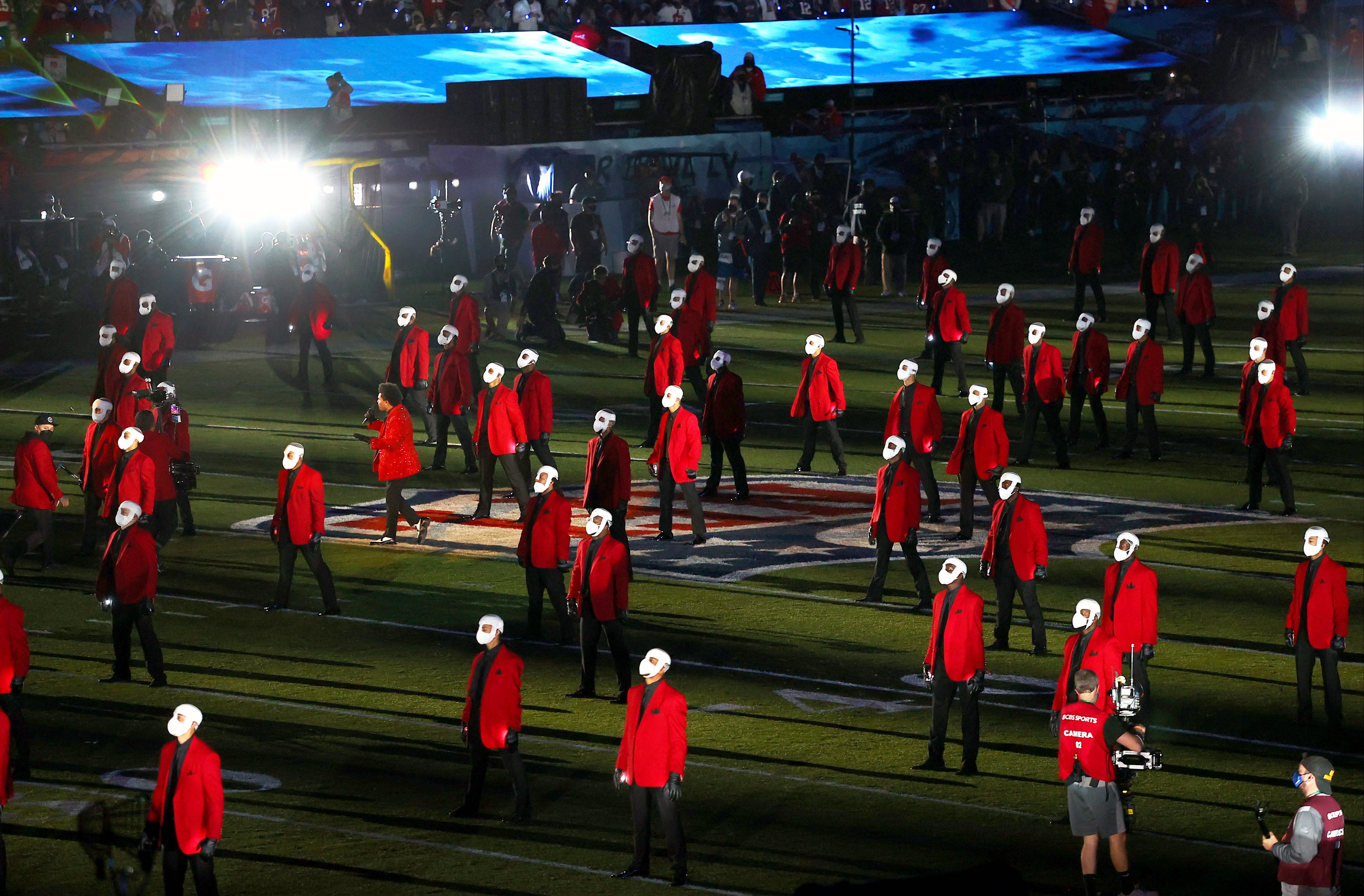 The pop star was then joined by hundreds of backup dancers wearing matching red and black outfits with their faces covered in white bandages.

Going into his 2020 smash, Blinding Lights, the masked dancers went down with The Weeknd to the field for a choreographed number.

The Weeknd stood at the center of the field on the NFL logo when an array of fireworks were blasted off behind him.