Home » TV & Movies » 'This Is Us': Will Malik's Mistake Help Randall Find His Birth Mother?

'This Is Us': Will Malik's Mistake Help Randall Find His Birth Mother?

If so, Randall owes him a big thank you 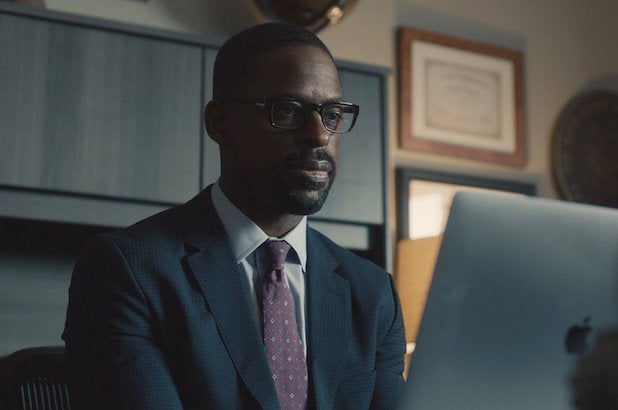 (Warning: This post contains spoilers for Tuesday’s “This Is Us.”)

Malik (Asante Blackk) had just one job to do on tonight’s episode of “This Is Us,” and because he couldn’t do it, Randall (Sterling K. Brown) might find out that his birth mother is alive. If that doesn’t track for you, allow us to break it down.

At the top of the hour, titled “Honestly,” Deja’s boyfriend, Malik, arrives at Randall and Beth’s house in Philadelphia to accompany Randall to work, shadowing him for a day in the life of a city councilman. When they get to the office, Randall decides to give Malik the fairly simple — but very important — task of starting and stopping his daily livestream news bulletin on cue. Malik says he’s up for the job and kicks off the livestream OK, but when his mother calls to ask a question about his infant daughter, he gets distracted and misses Randall’s signoff.

Yes, that means the livestream continued to roll as Randall started undressing and getting ready for a run in front of his webcam, believing the stream had already been cut off. Malik didn’t notice until it was way too late, having broadcast a shirtless Randall to the internet.

Randall and Malik have a serious chat about what happened, with Malik apologizing profusely and explaining that his daughter comes first and he is striving to create a balance as a teen father. Randall forgives Malik, even knowing that the video of him undressing is racking up views and is about to be picked up by not just local news outlets, but national ones.

Sure enough, the clip of Randall’s bulletin goes viral and by the end of the episode, we see an older Vietnamese man watching it. This unnamed man (played by Vien Hong) is the one who was first introduced in last week’s episode with his granddaughter (Brandilyn Cheah) and revealed to have had some kind of intimate connection to Randall’s biological mother, Laurel (Jennifer Holmes).

As the man is watching the clip of Randall, he’s much less focused on the stripping and more interested in the part of Randall’s bulletin where he mentions his late, biological father, William.

The man rewinds that part multiple times, listening to Randall say “William Hill” over and over, before looking up at the picture we saw last week of the man and Laurel when they were younger. We don’t know for certain, but from his look alone, we can guess he’s pieced something together: that this is the son of Laurel and William, and he might now try to find Randall to tell him what really happened to his mother.

If that turns out to be true, Randall will actually owe Malik a big thank you, because Randall and his father — as well as us viewers at home, up until the Season 5 premiere — believed Laurel died in childbirth.

“This Is Us” will return with new episodes in January.