THIS Morning fans were in tears today when children were surprised by their soldier dads as they returned home for Christmas.

Viewers saw one child run across the room screaming 'Daddy!' – and many at home were left struggling to cope. 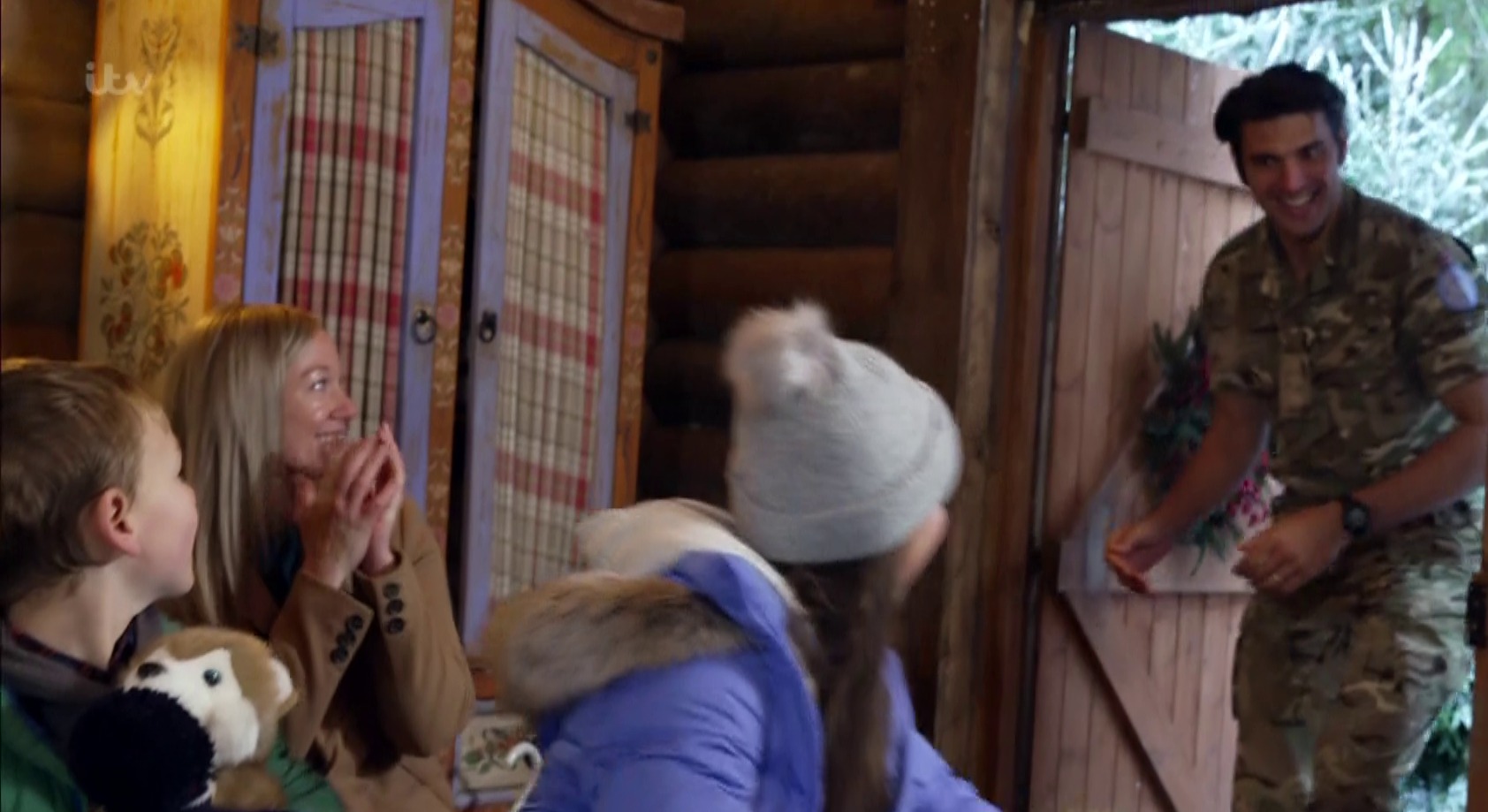 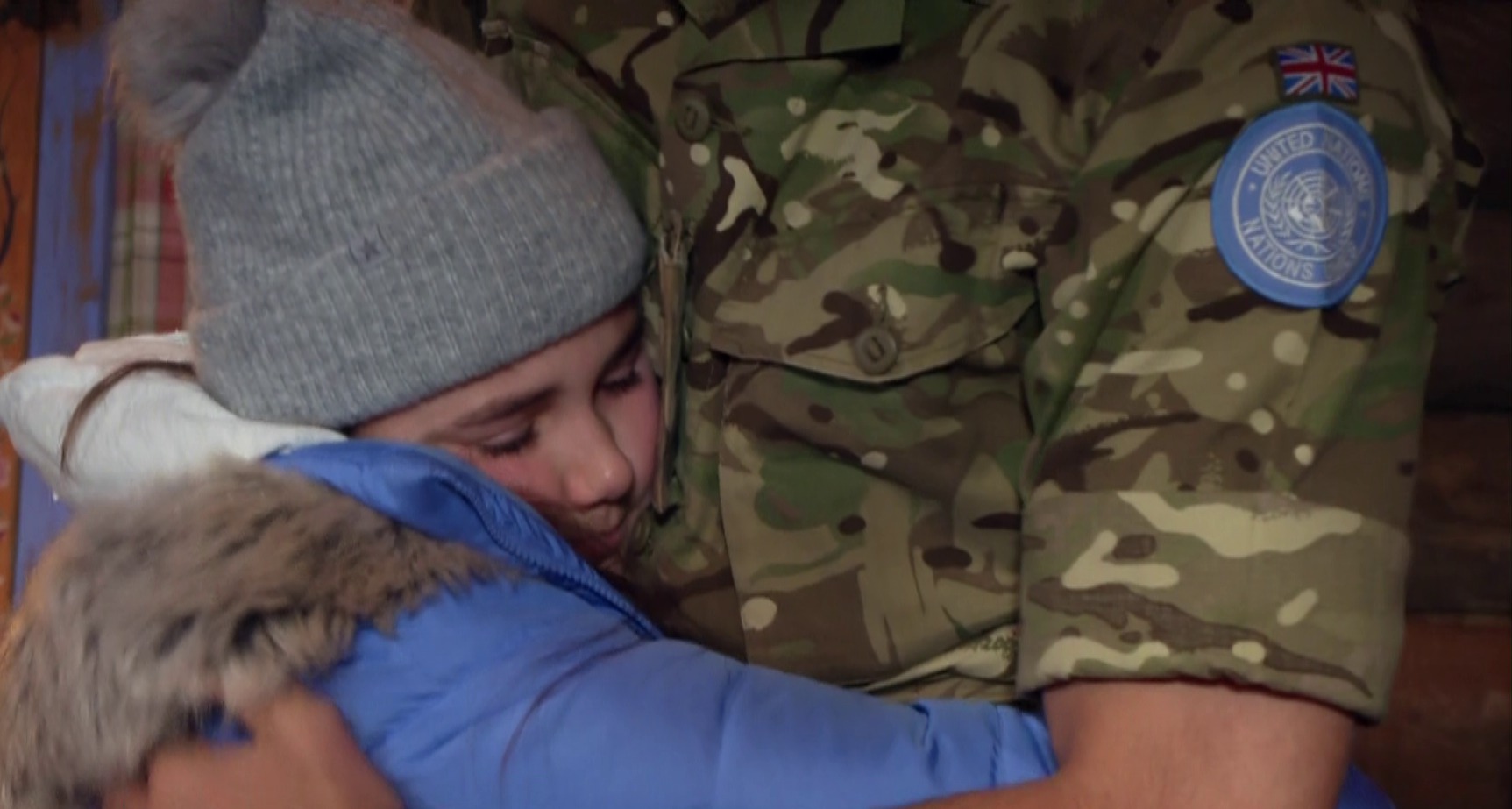 One fan tweeted: "In tears 😭 that little girl broke me!"

Another wrote: "This Morning reuniting their kids with their military dads for Christmas has me an absolute mess."

A third said: "Omg, these kids seeing their dads for the first time since May 🥺crying my eyes out."

Josie Gibson was in charge of the reunions alongside Father Christmas, taking the children to Lapland UK.

She told them they were taking part a film about military families but confided in viewers: "They're here to be reunited with their dads who they haven't seen since May."

While they were talking to Santa, the dads came in with the emotional children rushing over to hug them.

First up was mum Kerry with her children Evelyn and Sebastian, who were reunited with their dad, Captain David Rawdon from the Second Battalion The Royal Anglican Regiment.

Kerry explained: "Evelyn has only had her daddy home for two of her birthdays and she's ten now."

The moment he came through the door she jumped out of her seat and rushed over to hug him – with brother Sebastian close behind.

The reunions, which left This Morning hosts Vernon Kay and Rochelle Humes on the brink of tears, were made possible by Little Troopers.

The charity supports children who have parents in the British Armed Forces.

Little Troopers founder Louise Fetigan said: “We are always honoured to be part of that special moment where military families are reunited after a long period of time.

"It was wonderful to see the pure joy on the children’s faces when their Dads walked in the room." 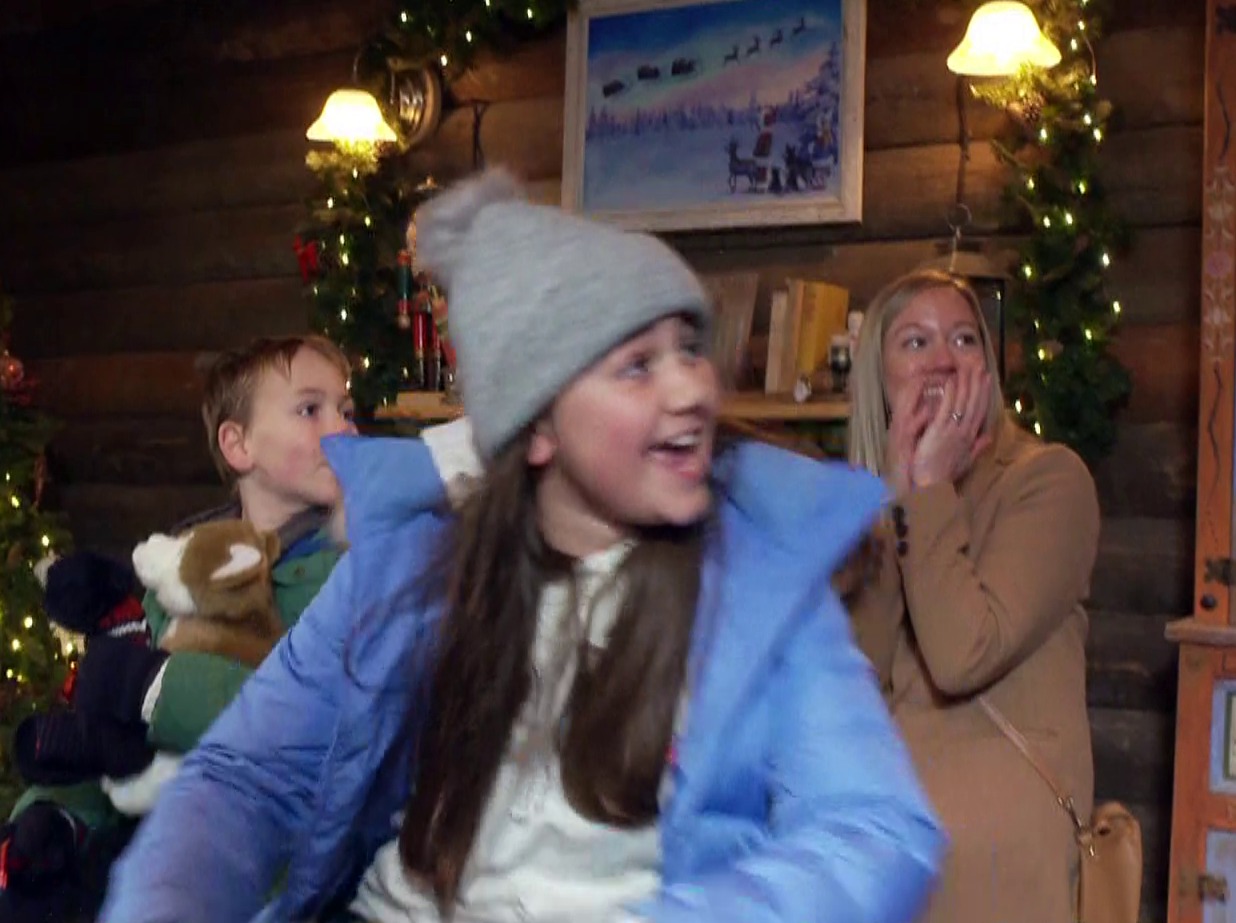 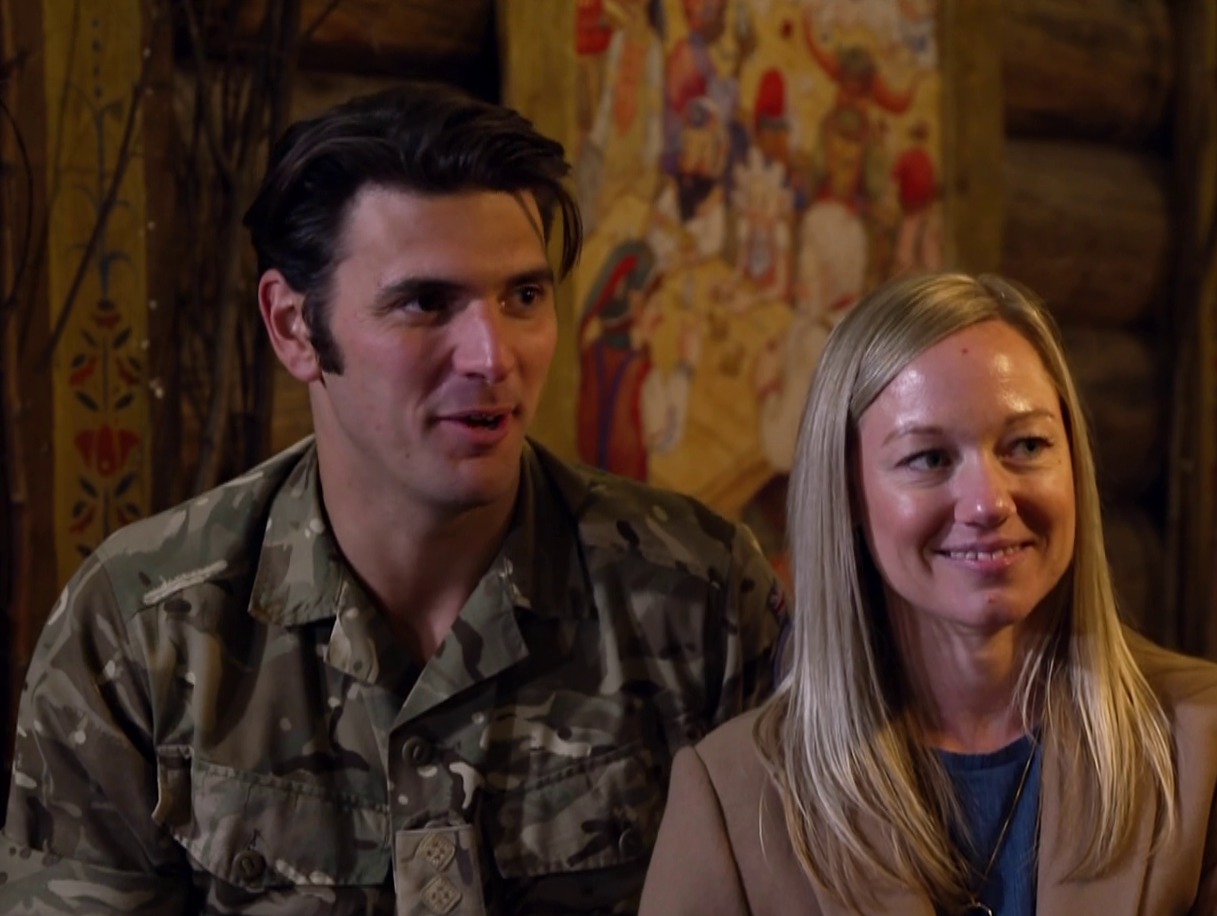 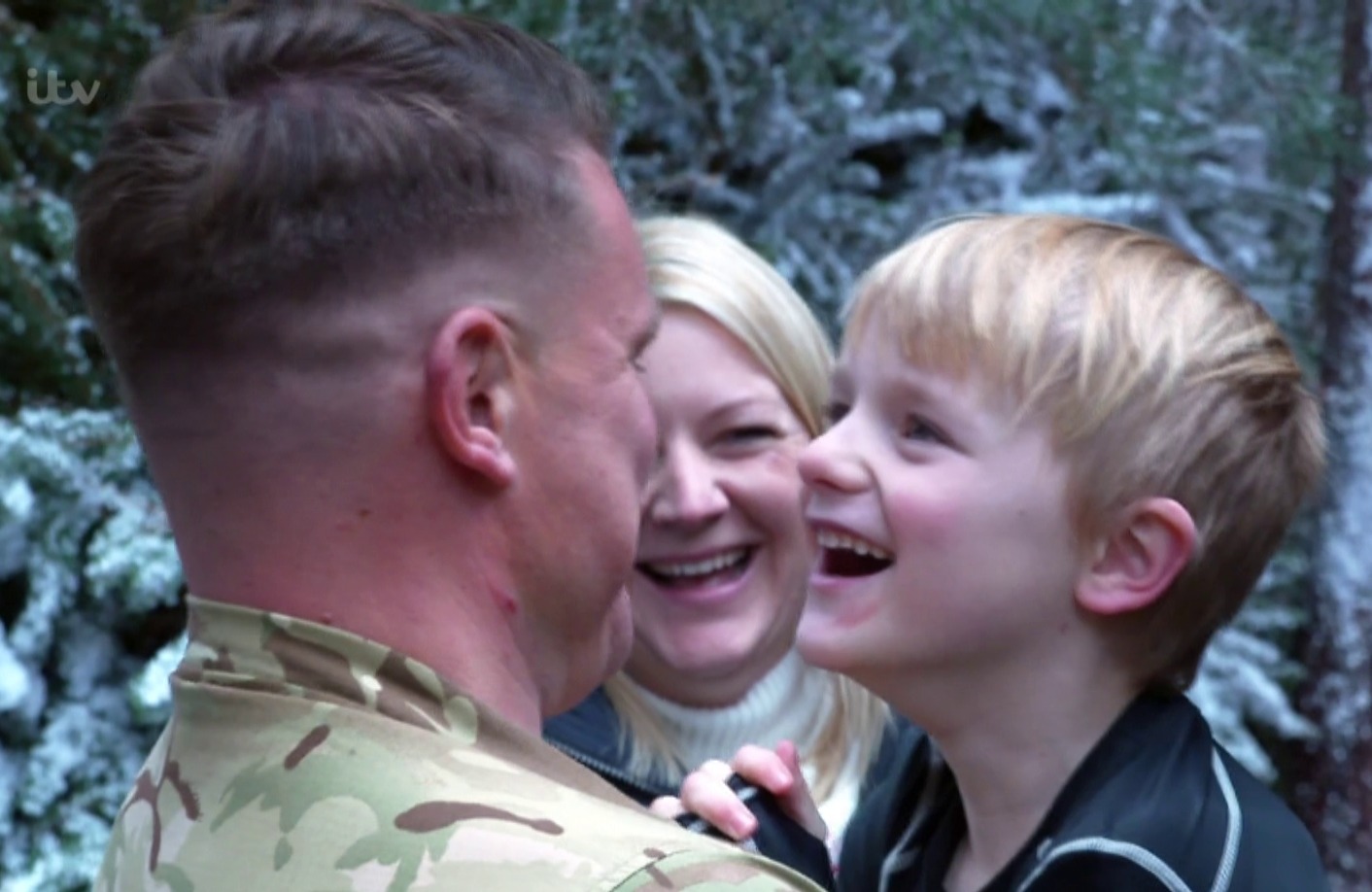