THIS Morning's Eamonn Holmes and Ruth Langsford returned to the show today for the first time since they were axed from Fridays.

However, they wasted little time dropping a bombshell on fans who were delighted to see them back – explaining Spin To Win had been chopped. 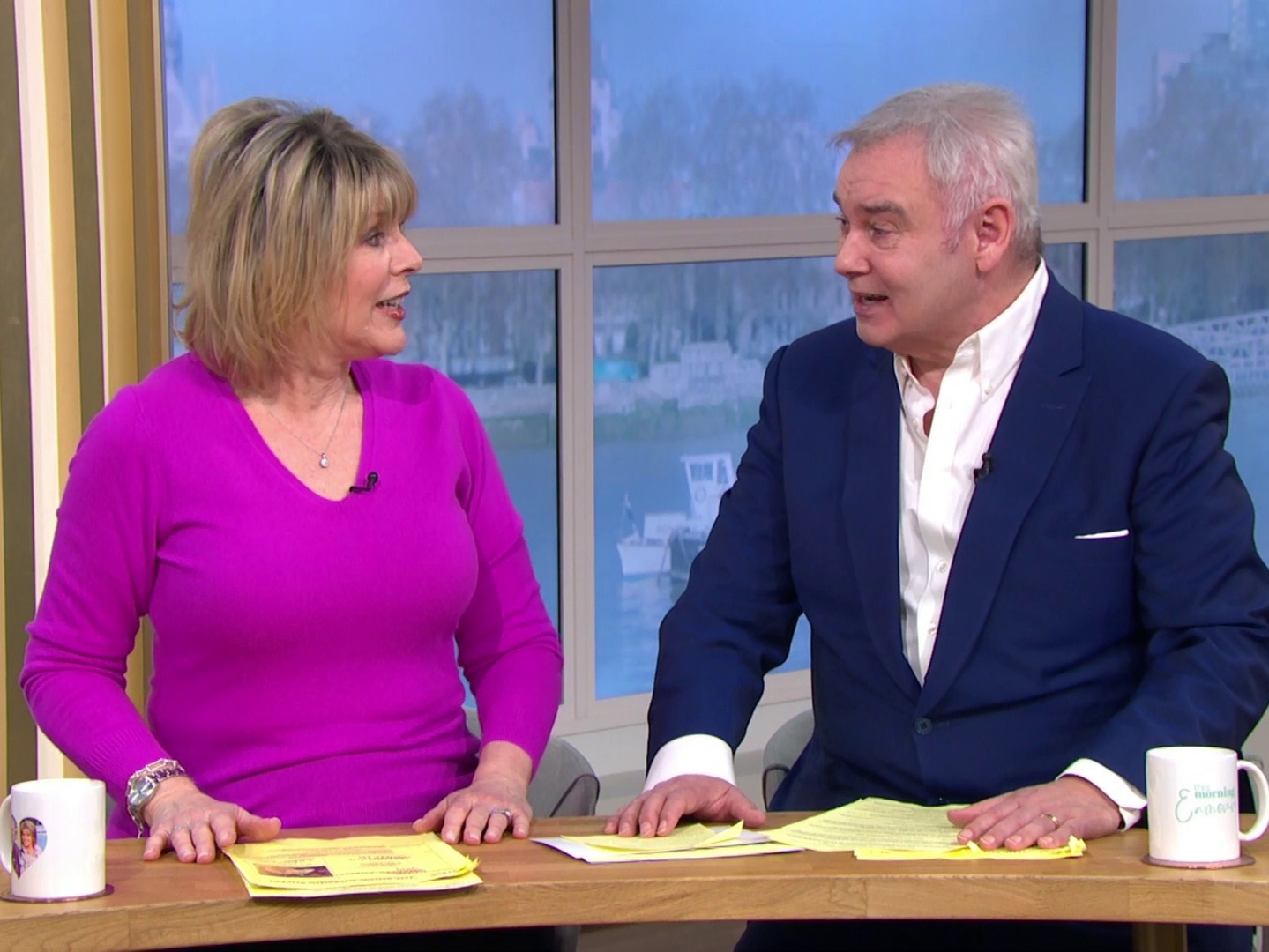 The pair often joke about Spin To Win, which regularly runs into trouble when viewers fail to answer their phones or say the right password.

And today Eamonn explained that the show wouldn't be taking place while they were on air today.

Instead, there is going to be the return of It's Behind You, where viewers have to describe what's happening on the screen behind he and Ruth.

It's a twist on the You Say We Pay game that was popularised by Richard Madeley and Judy Finnigan. 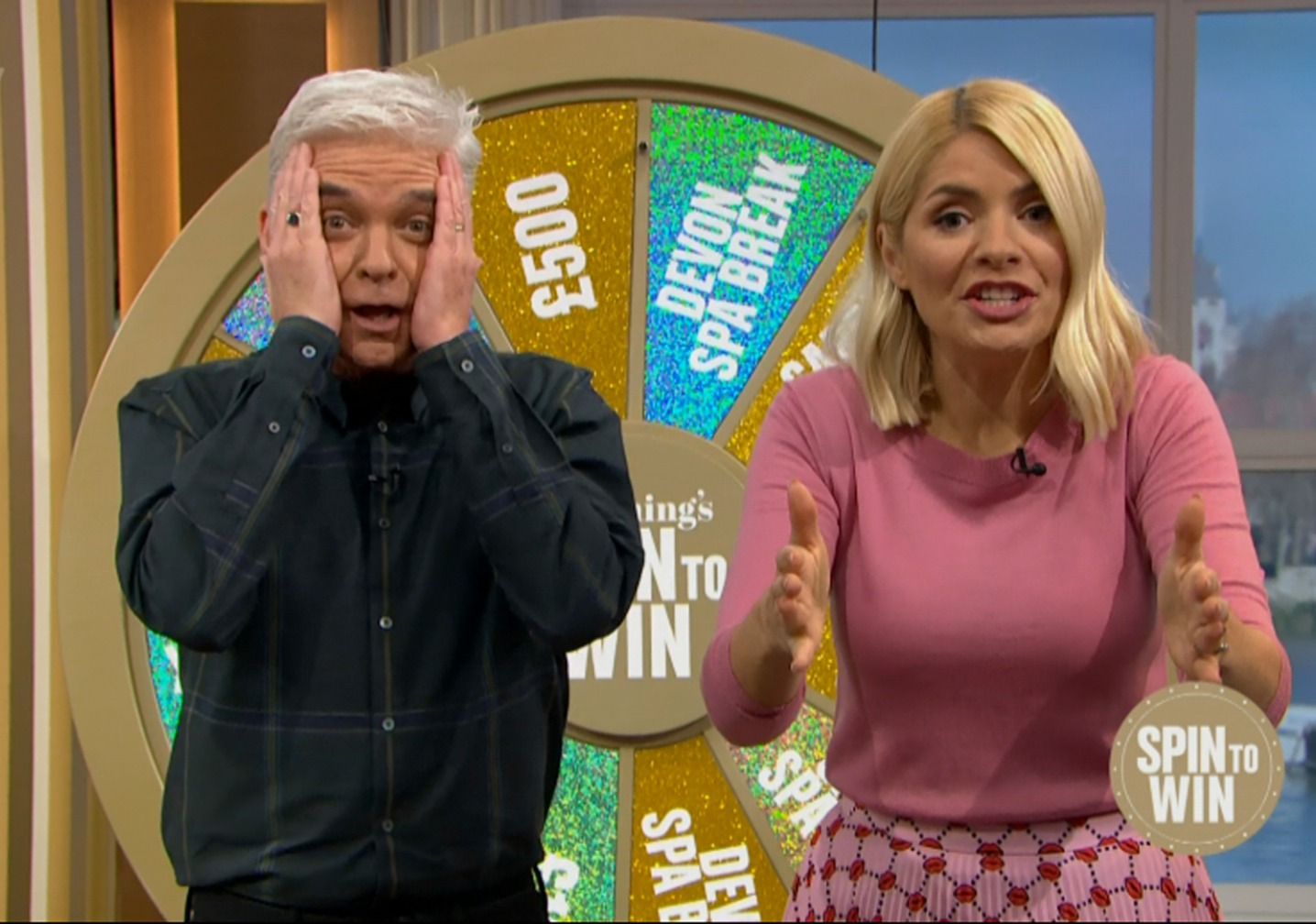 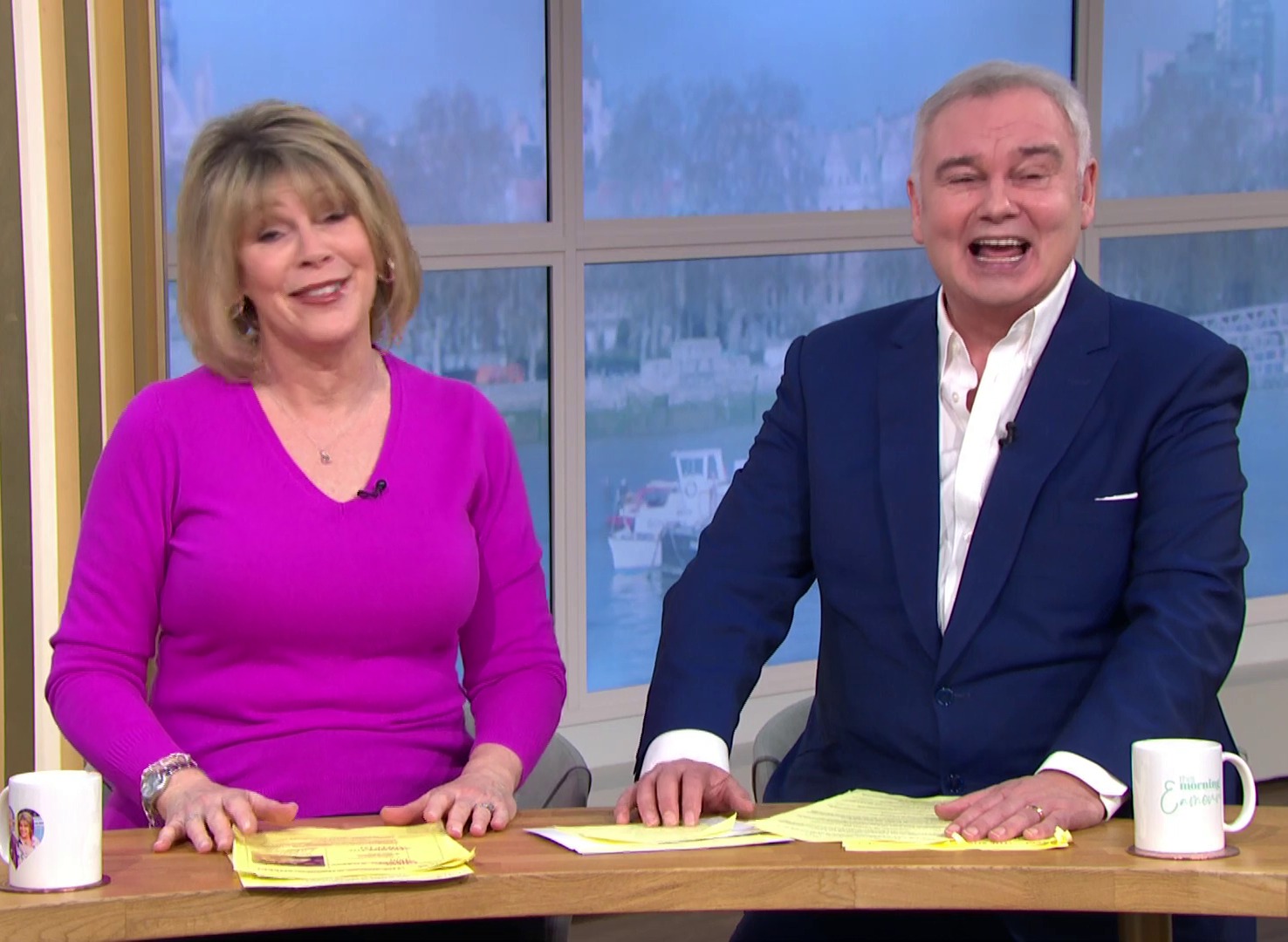 After a segment about a show-jumping sheep went wrong after the animal failed to perform, Eamonn said: "That's an omen for things to come today."

The 61-year-old star added: "At least we're not doing Spin To Win."

Ruth replied: "No we're doing It's Behind You – and you know how that went last time.

"There was nothing behind us basically. Just a blank screen for most of it."

One fan laughed: "Can Eamonn Holmes make it any more obvious that he doesnt like Spin To Win on This Morning by saying at least we are not doing Spin To Win lol !!!"