Tom Holland and Daisy Ridley are traveling from the Marvel Cinematic Universe and that galaxy far, far away to a world where all women have disappeared and the men are infected with “the Noise.” Welcome to Chaos Walking.

ET is exclusively debuting a new clip from the film, which is more chaos running than walking as Todd Hewitt (Holland) and Viola (Ridley), a woman who crash lands on their planet, make an action-packed escape from David Oyelowo’s paranoid preacher, Aaron. The light show swirling around each man’s head? That’s the Noise, a force that puts innermost thoughts on display.

“The thing that’s funny with David Oyelowo is he is literally the nicest man and then he becomes genuinely terrifying, so that was quite scary. And the water’s churning and I’m trying to hang on to a boat and for a minute I was thinking, ‘Am I dying? No, I’m OK,'” Ridley tells ET.

“The rapid stuff was really dangerous,” she adds, necessitating a stunt double. “But all of the stuff of me coming off and David being a scary, scary person and then the fight, I did a lot of it. There was someone who very kindly was thrown into a wall so I didn’t have to be. It’s one of those things where I end up taking the glory for someone else being battered on my behalf. In fact, two of my stunt doubles were men! I was like, ‘Yes, babes. You do your thing and make me look like a better Viola.'”

Chaos Walking is adapted from Patrick Ness’ trilogy of books and directed by Doug Liman (Edge of Tomorrow), with a cast that also includes Mads Mikkelsen, Demián Bichir, Nick Jonas and Cynthia Erivo. See more from Ridley in the video below.

Chaos Walking is in theaters and IMAX on March 5. 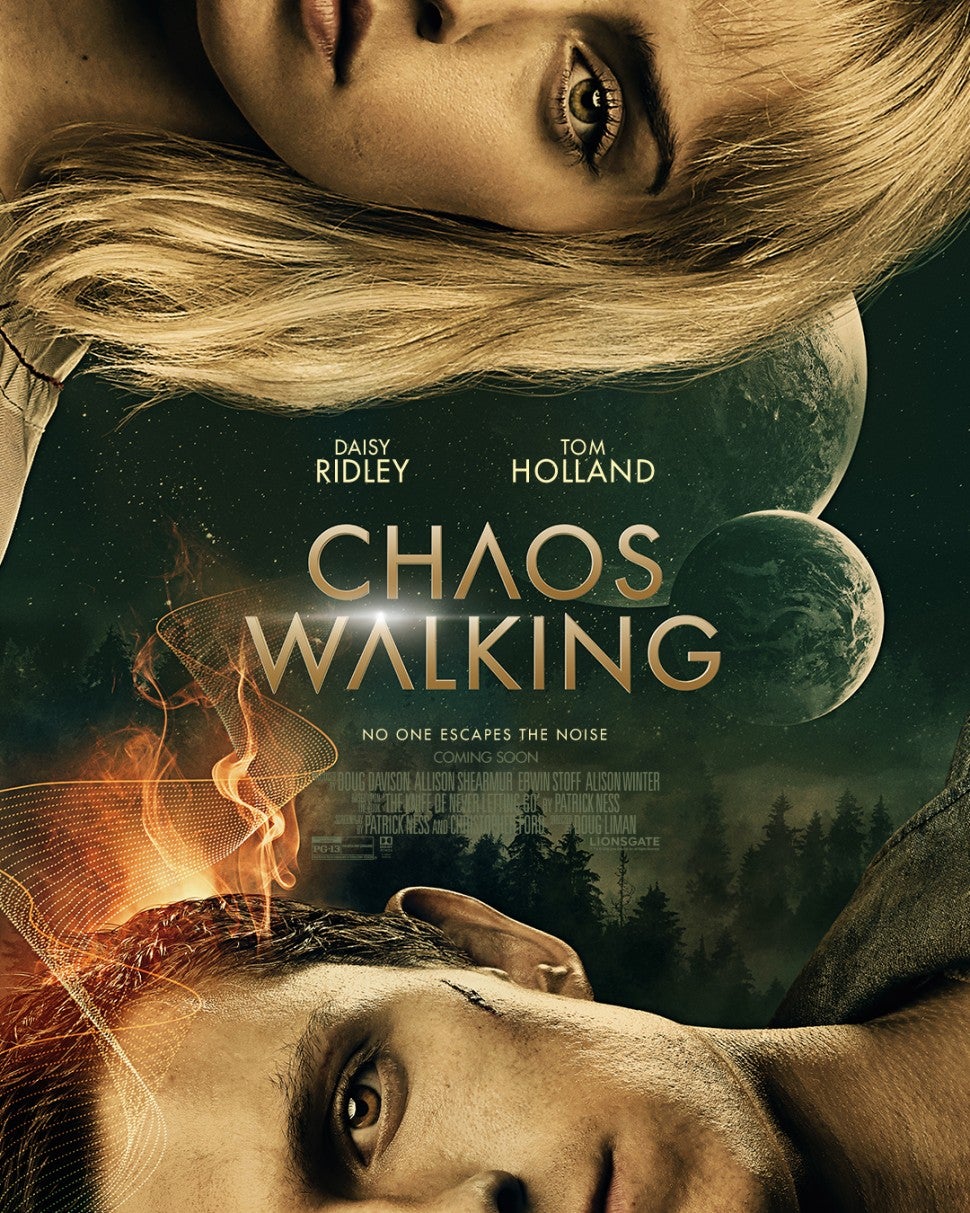